In Hungary, passive houses are quite rare so far, but the Angyalfold-located building with 100 homes is the largest such investment. The heating cost of the three-blocks homes surrounded by patches of green is negligible compared to an average apartment in Budapest. It was designed by Csaba Nagy Ybl Prize-winning architect, welovebudapest.com says. 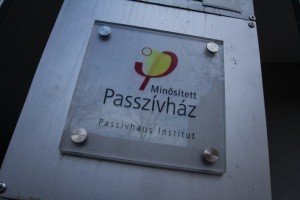 Angyalfold (part of Budapest) is a strange and changing part of the city: walking toward the Jaszai Street, there are car repair shops, warehouses, artisans, but more and more newly built, three or four-storey houses appear too. Among them, there is a restrained- façaded, austere building, which is special because of the technique used in the construction and the operation.

In the building’s underground garage in the “engine room”, the system is operating, which ensures the cooling and heating of the house by making use of geothermal energy. Therefore, there are at least 20 degrees in winter and heating costs will only be around HUF 15.000 – a year.

Other parts of the buildings are also planned wisely: because the flats are placed in three blocks, they are bright and airy all day long. The walls are equipped with a 30-cm insulation and windows retain heat well, too. There is an air operator in the houses providing fresh air and retaining heat-energy from used air, welovebudapest.com says. 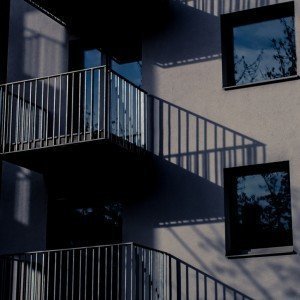 The local government offers only to rent the individually 41, 48 and 60 square-meter, furnished homes. The rent is – being a newly built and low-overheaded house – very favorable, around HUF 1100 per square meter. Garage, garden, bike storage and barbecue space are also included.

According to welovebudapest.com, the building received the passive house certification. In Hungary, there are 20 such buildings so far. The investment cost HUF 2.3 billion, which is higher than constructing 100 “average” houses, but in the medium term it is much cheaper and has much less impact on environment than an energy waster flat.

In addition, it is not necessary to plaster and paint the visible concrete walls; lighting and heating have much lower costs. We hope that many of these houses will be built all over the country!

based on the article of welovebudapest.com
translated by BA