Origo.hu writes that, according to the data of Transfermarkt, the players of the Hungarian national team are worth the least on the whole Euro 2016 list. Which team would you think is worth the most?

It’s probably no surprise that goal.com calculated that Hungary’s team is at the end of the list: we only have two top league players and they don’t form part of the team’s strongest beginner squad; and we all know the value of the Polish league and the Hungarian league… 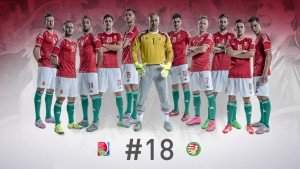 Our fallback is not small; the 27.3 million euro worth Hungarian team is almost 10 million behind the last but one Northern Ireland (35.9 million). Then come Albania, Iceland and Romania, all over 40 million. The Romanian team, for instance, is worth double the Hungarian team. The other teams of our group are way ahead of us: Iceland is worth 41.6 million, Austria 128.4 million and Portugal 321.7 million euros.

The most valuable team of the competition is the German one with 562 million, who are closely followed by the Spanish team worth 557 million euros. Then comes a quite big gap as the Belgian team in the third place is “only” estimated to be worth 460.9 million euros.