This project is unique in every aspect, both in the Hungarian construction sector and the international market. It is impossible to find another building similar to the one designed by MOL on the Danube bank. This peculiar investment aims to create a new district in the capital. If you are interested in the details, keep reading.

“A unified concept characterises the BudaPark project, and also the fantasy of an artist creating freely” – said Sándor Scheer, general manager of Market Építő Zrt. on an online conference on the construction industry.

One of the most important investments of the capital of the upcoming year’s, that is already well under construction, will be executed by Property Market, an affiliate of Market Zrt.

The office tower, called MOL Campus, will serve as the future headquarters of MOL Group. Upon completion, it will be the tallest building not only in Budapest but in the whole of Hungary.

It will be situated at the so-called Kopaszi-gát, on a vast area on the south of a railway bridge’s foot on the Buda side of the capital – writes magyarépítők.hu.

Scheer said that the project is a reward “both for the developer and the executor, since with this project, we can implement all those results, materials and experience we have seen around the world. At the same time it is responsibility, as this valuable place has more than 100 years of history, and creating a new district in the city can only be done by prudence and humbleness.”

They dreamt of creating an urban, liveable area on the 20-acre park and 23-acre buildable land. They designed office buildings together with residential buildings that include a number of green spaces. Its big park will be the centre of the project, which, according to data of Market, is already visited by thousands of people on a Summer weekend.

One of the most important elements of the whole concept is the office buildings built all around the area and thus creating a kind of shield to keep noise outside. Simultaneously, streets will be shorter and designed in a zigzag shape so that cars would not accelerate significantly or park on the streets, thus decreasing overall traffic.

“The goal is to create an environment where you can let your kids go outside freely” and where a community can be formed.

The area will include 13 office buildings and 15 residential buildings with 3000 apartments, a commercial zone of 15 thousand square metres to provide residents with all necessary services and a new business type of hotel to serve the office park.

The MOL Campus, the 120 metres tall tower will provide 2500 people with a job on its 28 floors. Moreover, a roof balcony on a further 20 metres height will be included on the top of the building that will give a fantastic view of almost the whole of Budapest.

The tower will be equipped with numerous sustainable elements, thus aiming for the highest LEED qualification.

“Rain water will be reused, and the whole building will be heated by geothermal heat.” Thanks to the 28 thousand square metres glass surface of the tower, 3% of its energy needs will be provided by the sun while 90% of the working stations will be illuminated by natural light.

The whole of the building will be protected by an automated, integrated security system which does not only automatically set air conditioning, heating and shielding but its digital layout of the building gives the possibility to do preventive maintenance works.

When it comes to the concrete base of the building, experts of Market worked together with colleagues from the Budapest University of Technology and Economics. “Technically, all the knowledge of the Hungarian construction industry is included in this achievement. This project goes beyond the current capabilities of the Hungarian industry. It is a huge opportunity that we can keep on learning throughout the whole of this investment.” – said Scheer.

The project is expected to be finalised in about 10 years, and Market expects 30 thousand people every single day in the new area of the capital.

Not everyone is this positive and excited about the project, though. UNESCO has some concerns on the impacts the tower can have on Budapest’s view. 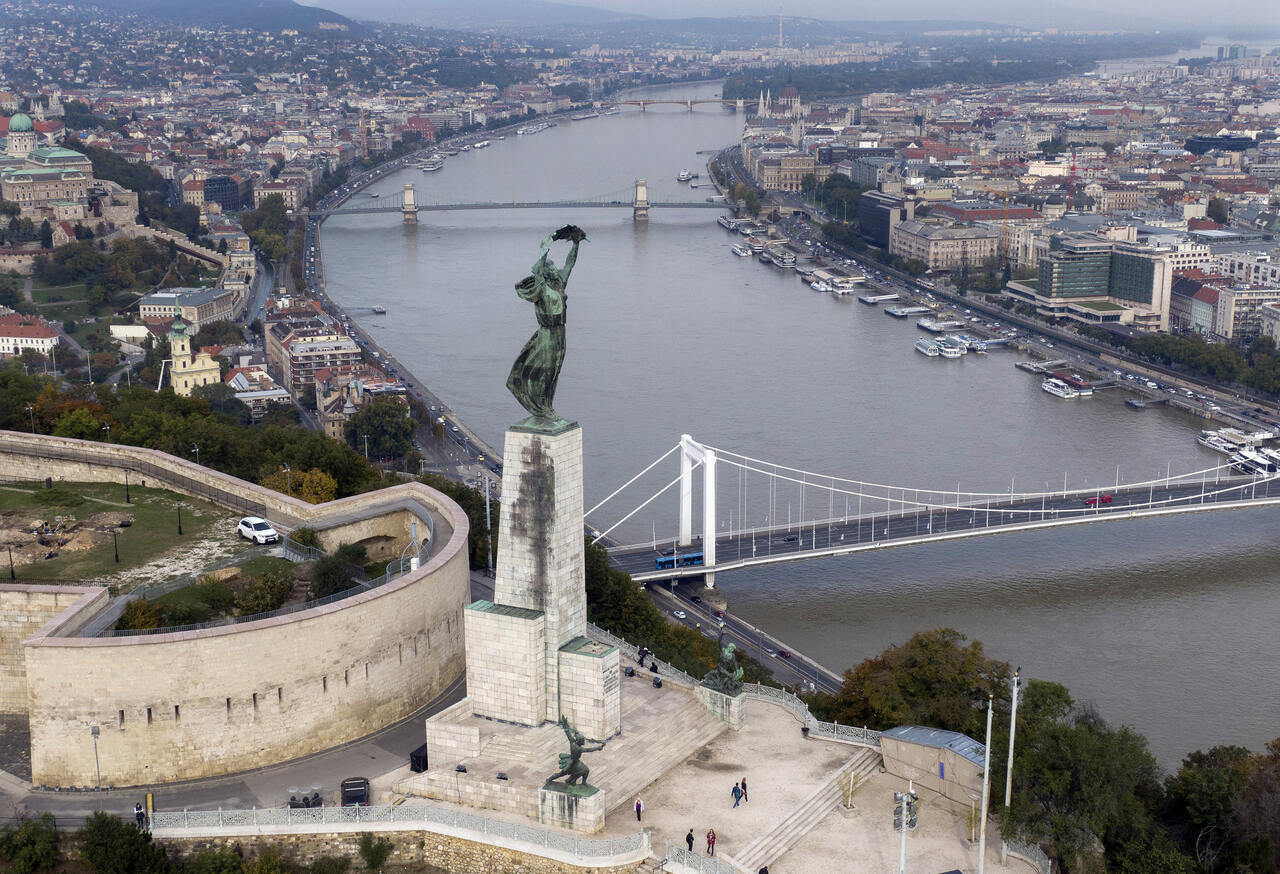