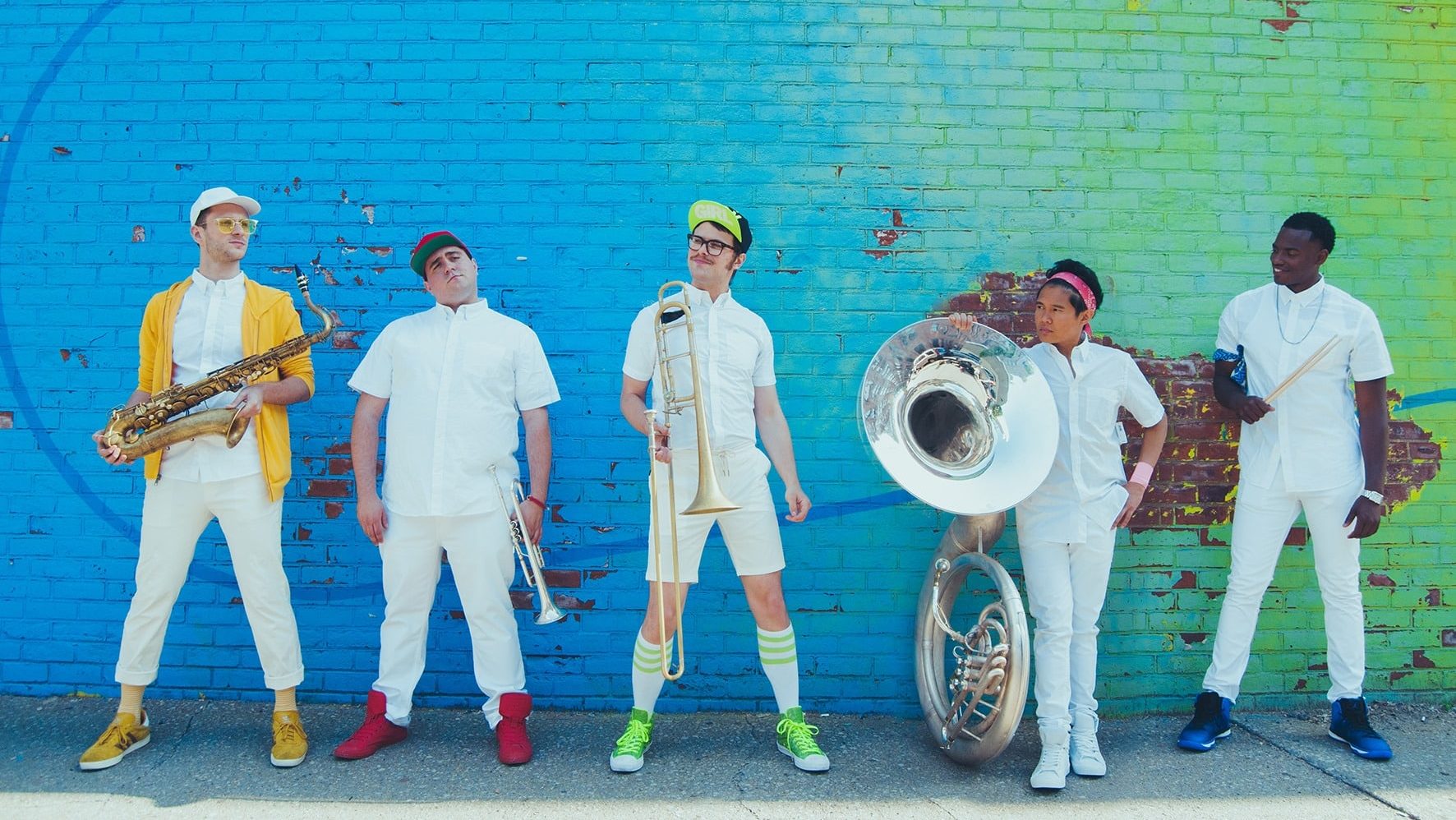 Lucky Chops has been unleashing high-energy brassy funk on the world since forming in NYC in 2006. The intensity of the band’s energy is fueled by their desire to share the healing and inspirational power of music with others. That power has resonated withaudiences around the globe, giving the band hundreds of millions of views on their online videos and leading to live performances in more than twenty five countries.

Their upcoming concert in Budapest will take place at the Barba Negra Music Club.

The band started out performing in the New York City subway system. Very quickly the band grew a legion of followers from their performances in the subway, but posted cell phone videos of the band changed everything. Within days of the postings, millions of people had viewed the videos and the numbers began to explode.

After they’ve just recorded their first ever full production, full length studio album, the band is excited to share their journey with all of their fans.

The brand new tour is starting soon, to invite their fans for dancing and having fun in more and more cities.