Inauguration Of The Abai Kunanbaev Bust In The City Park 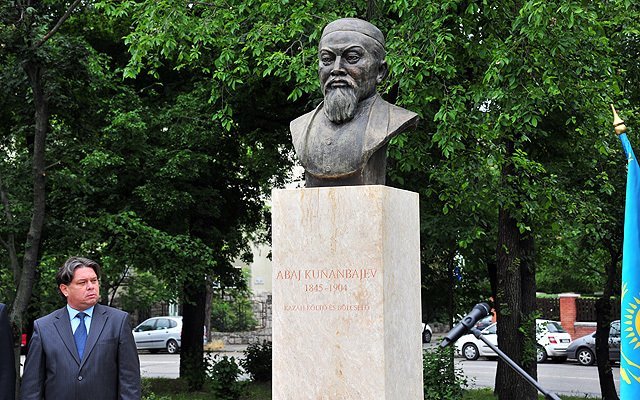 ​The ceremonial inauguration of the bust, commemorating the Kazak poet and composer Abai Kunanbaev, took place on 2nd June in the City Park. Deputy Mayor Miklós Csomós made a speech during the ceremony, in the frame of which a part of the Városligeti boulevard was named as Astana road, budapest.hu reports.

The offical website of Budapest said, as a result of the excellent Hungarian-Kazak relations, an offer was raised to erect a statue, which was placed in the City Park as a “gift of the Kazak nation”, said Miklós Csomós. “I am convinced that this statue will further strengthen the relations of the two nations”, added the Deputy Mayor for Education and Culture.

According to budapest.hu, the General Assembly of Budapest made a decision on 30th April 2014, that it will erect a statue in the honor of Abai Kunanbaev. The poet, composer and artist was one of the founders of the Kazak literature and language, he ied 110 years ago in 1904.