Hungary’s government has been working for 12 years to ensure that young Hungarians are “truly the winners of the future” and see their future in their home country, the minister of innovation and technology said on Thursday, opening the 22nd Educatio international expo in Budapest.
The government has earmarked more than 1,000 billion forints (EUR 2.8bn) in development funding towards the education sector for 2022, László Palkovics said, adding that education spending will reach 1.9 percent of GDP this year.

Palkovics noted that the Hungarian government in 2014 embarked on a scheme to transform the higher education system, devising a structure aimed at making universities more competitive by having them tailor their programmes to the needs of the market.

The scheme is aimed at creating universities founded on knowledge, innovation and talent which cooperate more closely and effectively with businesses, he said.

Hungary’s youth have embraced these changes, the minister said, noting that last September close to 70 percent of students began their studies at universities that have shifted from being state-run to being operated by foundations.

Palkovics also noted that the wages of some 50,000 employees of Hungarian universities run by the state, foundations and churches will have increased by a total of over 30 percent in January on the back of two hikes in 2021 and 2022. 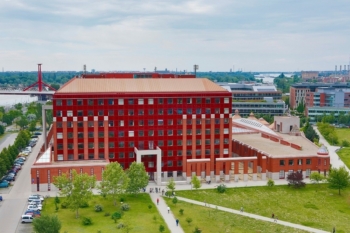