Senior officials of opposition Jobbik on Tuesday adopted a declaration summing up objectives of “Hungary’s only people’s party”, a party with a “national, Christian, conservative, centre-right and socially sensitive character”.

Jobbik wants to work to build a “Hungary of welfare”, with a society based on free enterprise and personal performance, which ensures equal opportunities and security to all citizens through eliminating corruption and “removing the social causes of crime”.

According to Jobbik, Hungary must become a strong country which “benefits from rather than suffers developments of the 21st century”.

“Jobbik is an independent political movement, which strictly observes its own values but is willing to cooperate with other political forces to restore democracy and the rule of law in Hungary”.

Jobbik believes that Hungary, which “chose Christianity and Europe over a thousand years ago, will have its future in Europe”,

As Hungary’s only true people’s party, we want to declare our commitment to our social objectives for all our current and future supporters and all of our compatriots:

We are a patriotic party: we wish to promote the social advancement of Hungary and the entire Hungarian community. Our future plans and policies are built upon the progress of our homeland.

We are a socially sensitive Christian party: the pillars of our policies are the representation of the Hungarian people, Christian ethics and social principles.

We are a modern conservative party: we believe the only way for building a better future in the 21st century is through preserving our national values and traditions.

We are a centre-right people’s party: we always focus on the interests of Hungary and the Hungarian people instead of a political group or an ideology. On the other hand, we reject hatemongering and extreme political views that are contrary to Christian values and ethics.

With the help of God, we want to give back the hope of a better future for the Hungarian communities living within and beyond our borders. We wish to build an independent, liveable and proud Hungary for all members of our nation, which is only possible in a country that prospers in all aspects of life. Therefore our daily decisions are guided by our intent to make sure that the critical challenges of the upcoming decades or centuries are not faced by a depleted nation.

EQUAL CHANCES FOR ALL MEMBERS OF THE HUNGARIAN NATION! BUILD A HUNGARY WITH SHARED PROSPERITY!

We want to build an honest and fair society where all of our compatriots, regardless of their gender or political affiliations, can exercise their democratic rights, such as the freedom of speech, assembly and the press, where equal chances are not limited, where nobody “is left behind” and where the equal access to healthcare, education and culture is not a privilege but a fundamental right. We want to accomplish these goals in all regions of Hungary and for all members of our nation.

FREE ENTERPRISE AND REWARD FOR WORK

JOBBIK believes that democracy can only be operated by free people who do not depend on political kingpins, oligarchs or multinational corporations. That is why we support individual and local initiatives, innovation as well as personal autonomy. We believe that the fruits of development must be shared with all citizens of our nation.

We are convinced that a democratic national government must support Hungarian enterprises, reward hard work and performance and promote the economic development and job creation in all regions of our country, strictly complying with the principle of equal pay for equal work and raising the value of Hungarian labour to a European level. Our most important objective for all Hungarian individuals and families is to enable them to prosper in our homeland so that hundreds of thousands of our compatriots would not need to leave their country!

In today’s world stricken by international and domestic conflicts, we want to build a Hungarian state where citizens are protected from threats, immigration as well as digital oppression and where the state leaders abide by the law as much as citizens do. The state will come down hard on those who break the law, including “white-collar” criminals and corrupt politicians and no longer allow the state to abuse its power.

We will persecute all forms of corruption. We will do whatever it takes to hold accountable all those who have caused any harm to the Hungarian State!

JOBBIK wishes to eliminate such drivers of crime as social deprivation, deep poverty and educational disadvantages.

JOBBIK believes that a healthy society is the backbone of social security, so we aim to revitalize and reinforce Hungarian families and local communities.

JOBBIK is willing to engage in cooperation with other political parties on such causes that are in line with our supporters’ expectations to restore democracy and the rule of law. On the other hand, we also wish to emphasize that JOBBIK is an independent political movement which adheres to its solid values and is honest with its voters. We are deeply convinced that our fundamental calling is to help people truly exercise their rights and honour their responsibilities. This means that we want to enable all Hungarian women and men to freely exercise their political rights and assume their inherent responsibilities, as well as to enjoy the fruits of prosperity without risking their livelihood. We are building a civil society where citizens are not vulnerable to any pressure by the state. Instead, they are able to control its operation through elected representatives who are held accountable to their constituents.

JOBBIK is a 21st-century party since we want Hungary to invest in the future and gain from the social and economic changes brought on by the 21st century. Our Party works for a merit-based Hungary where honest people have nothing to fear, where individual ambition is encouraged and where the way for social advancement is not through nepotism and servility to the governing party. In JOBBIK’s view, such goals can only be achieved by a strong Hungary that is not an outcast in the democratic world. Hungary must be a country appreciated worldwide for its national values and performance. We want to restore Hungary’s international reputation as an independent and useful member of the European Union and the Euro-Atlantic cooperation. We intend to provide equal opportunities for each Hungarian region to use the European and domestic funds. JOBBIK wants to safeguard our children’s future by preserving a liveable and blooming social and natural environment for them so that they could grow up in a Hungary with shared prosperity.

JOBBIK firmly believes in the people of Hungary and respects their personal liberty. We are convinced that individuals, families and communities know best what decisions they should make and how they should organize their lives; therefore there is no need for any ideology, political party, state or leader to control citizens and social groups.

We respect the freedom of all our compatriots and believe that the noblest form of individual self-expression is to actively work for the community.

OUR PLACE IN EUROPE

JOBBIK is a European party that fully understands the significance of Hungary choosing Europe and Christianity over a thousand years ago.

We are also aware that our country’s future lies in Europe; hopefully, a better one we want to contribute to. We consider the European Union’s Christian founding fathers Konrad Adenauer, Alcide De Gasperi and Robert Schuman as our ideological predecessors who, relying on their strong faith, laid down the foundations for the Union and its social market economy, which launched an unprecedented growth in post-war Western Europe.

As a party working for prosperity in Hungary’s rural areas, JOBBIK is passionately committed to protecting our natural and built environment as well as to preserving our national values. The protection of our environment and climate, and building sustainable communities for Hungarian families are the cornerstones of our policy. JOBBIK wants to accomplish this mission in close cooperation with the local governments and families that are not dependent upon the state. If we preserve the achievements of Hungarian rural culture and the centuries-long traditions of sustainable agriculture, we believe economical bio- and eco-farming can be instrumental in revitalizing the Hungarian countryside.

JOBBIK is dedicated to the service of the Hungarian nation. Our Party wants to aid the prosperity of our society so that no citizen is left behind without a helping hand when they are in need. We consider politics as the means of service rather than control or an opportunity for financial gains for individuals and their families. 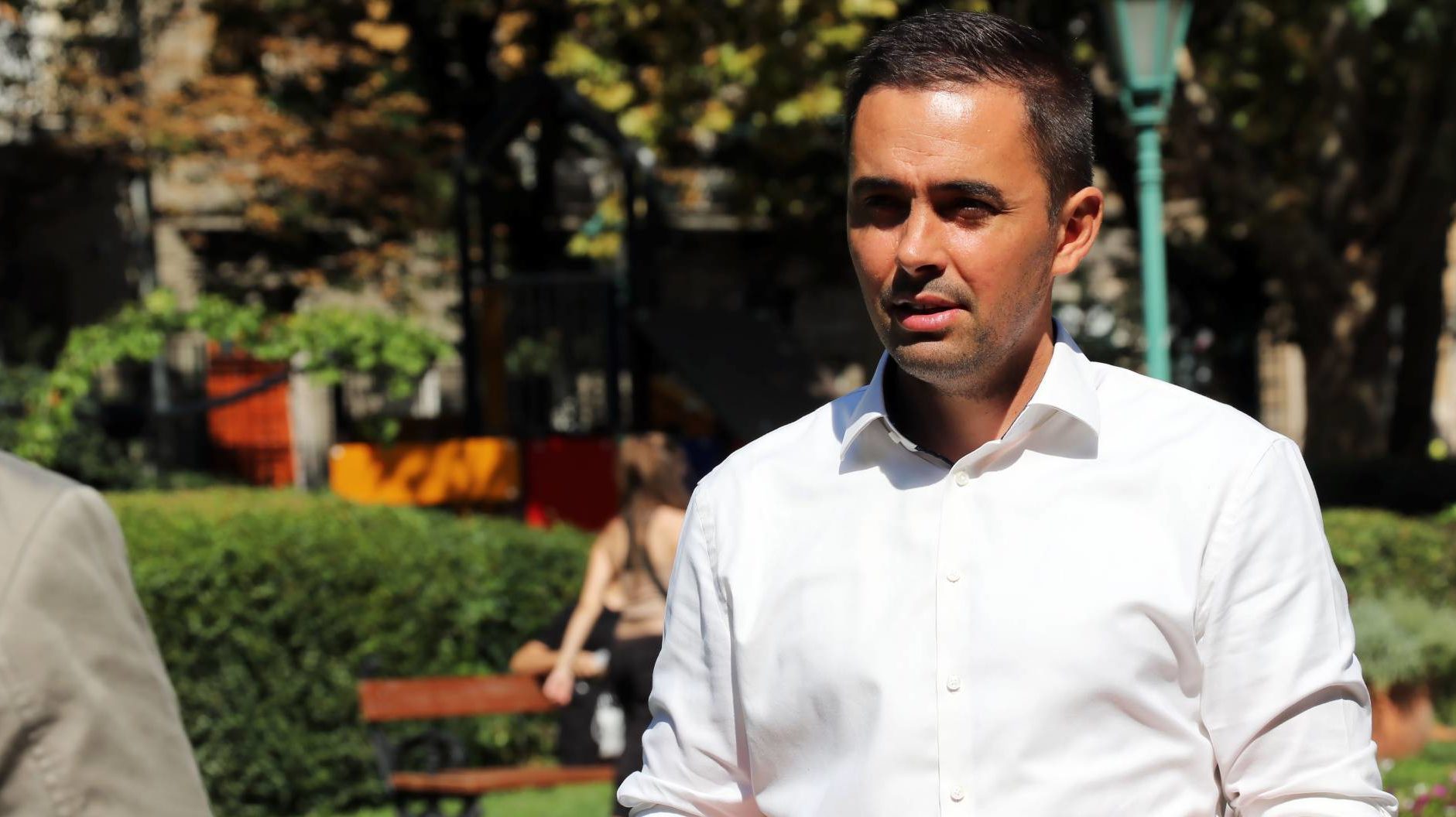