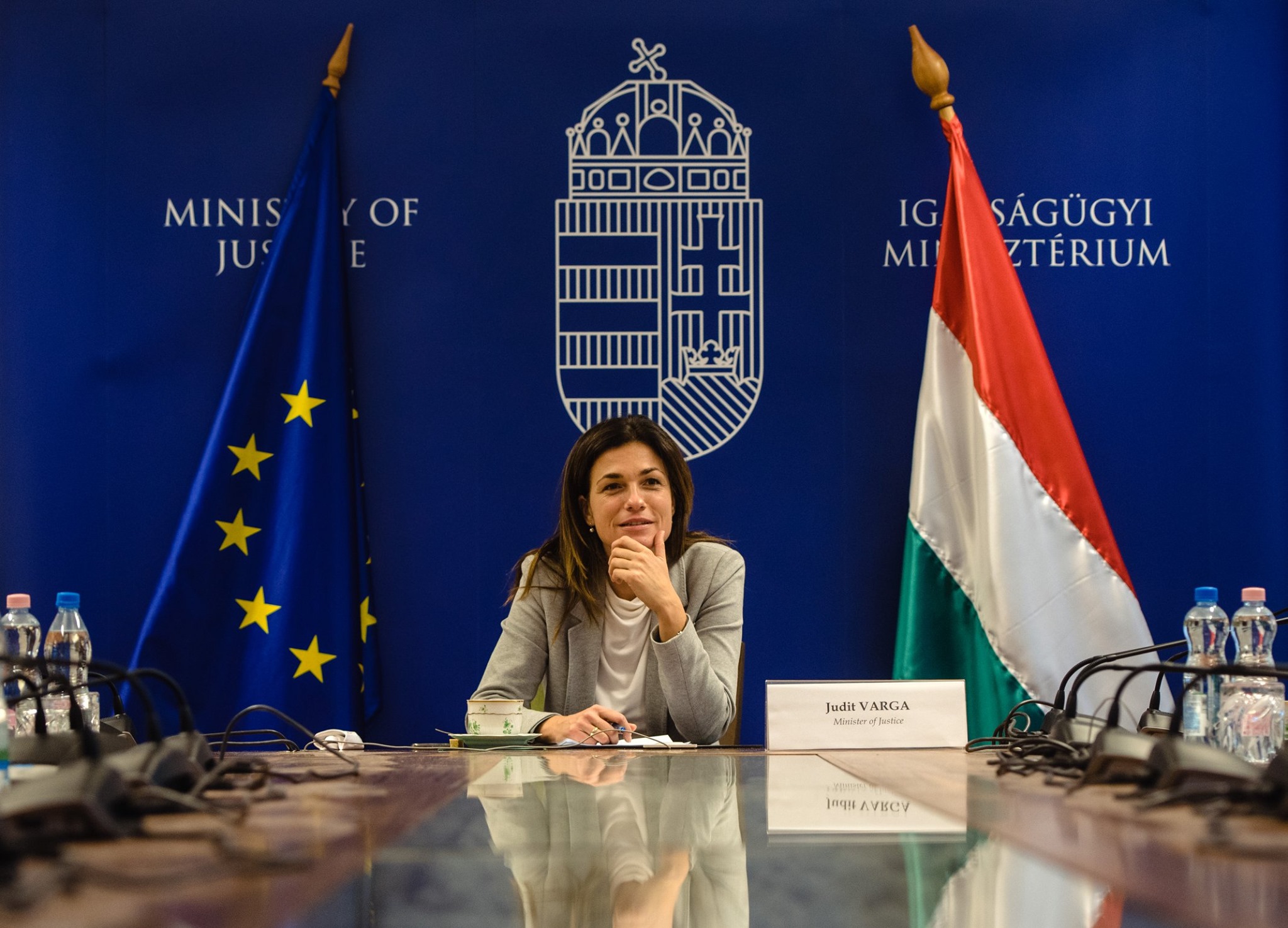 Hungary’s justice minister on Friday slammed what she called “Brussels institutions with grave democratic deficits” for wanting “to show Member States how to make democracy”.

Judit Varga in a Facebook post said the European Action Plan for Democracy (EDAP) and the Media and Audiovisual Action Plan (MAAP) mirror Deputy Commission President Vera Jourova’s view that “in healthy democracies, the center of Brussels says what a fair election, a clean campaign and a balanced press market look like”.

“Which Commissioner will think first that the election results should also be sent from Brussels?” Varga said.

Hungary maintains position that passage of Sargentini report was unlawful

The Hungarian government maintains its position that the European Parliament’s launch of the Article 7 procedure against Hungary in 2018 was unlawful because its vote on the Sargentini report, which served as the basis for the procedure, disregarded the abstentions of 48 deputies, Justice Minister Judit Varga said on Thursday.

Varga insisted the voting procedure had been in conflict not only with the EU treaties but with the procedural rules of the EP itself. If abstentions had been taken into consideration, the EP’s “politically motivated position” could not have been adopted.

The minister was reacting to an opinion published by the advocate general of the Court of Justice of the European Union earlier in the day, in which Michal Bobek advised that the court should dismiss Hungary’s challenge of the Article 7 procedure.

Varga noted the EP had earlier claimed the Article 7 procedure could not be challenged in court.

The fact that Bobek declared Hungary’s claim admissible was welcome, she said, insisting at the same time that Bobek’s view on abstentions was unfounded. In his interpretation, an abstaining deputy “wishes to be treated as if they had not voted at all”, she said, insisting that an abstention was in fact a form of participation in the vote, “a clear declaration of support neither for votes in favour nor votes against”. Further, it was “irrelevant”, she said, that the deputies had been informed about abstentions being set aside since “that is against EU law”. The EP, she insisted, had failed to clarify those details before the vote.

The Hungarian government is “convinced that EU laws apply to all”, Varga said, adding that “agreeing with the EP’s overlooking rules in a procedure concerning the rule of law would be especially absurd.”