U.S. Senator from California Kamala Harris, who was chosen by Democratic presidential candidate Joe Biden to be his running mate in the 2020 presidential election, delivered a speech Wednesday to formally accept her nomination as the party’s candidate for vice president.

Shortly before Harris spoke, her designation as the Democratic Party’s choice for running for the country’s second highest office was announced by Democratic National Convention (DNC) Chairman Bennie Thompson with the bang of a gavel, making her the first woman of color to be on a major party’s presidential ticket.

Born into an immigrant family in Oakland, California, where her father is a Jamaican-American economist and her late mother was an Indian-American biologist specializing in breast cancer, Harris, 55, began her emotional speech by paying tribute to black women coming before her, saying that her presence was “a testament to the dedication of generations before me.”

Naming a long list of female civil rights activists and political leaders, Harris said “they paved the way for the trailblazing leadership of Barack Obama and Hillary Clinton,” referring to the first African-American president and the first female presidential nominee of a major U.S. political party, respectively.

Harris then delved into the story about her mother, who she said taught her “to put family first” while caring about “a world beyond ourselves.” She said it was the belief in the nobility of public service her mother instilled in her that led her to choose a political career spent mostly as a prosecutor — district attorney of San Francisco and attorney general of California — and then as U.S. senator.

Harris said U.S. President Donald Trump’s “failure of leadership” has resulted in a nation “grieving the loss of life, the loss of jobs, the loss of opportunities, the loss of normalcy” amid the coronavirus pandemic, and that ethnic minorities being disproportionately harmed by the virus was “the effect of structural racism.”

In order to make a difference and “achieve the future we collectively want,” Harris argued, “we must elect Joe Biden,” touting the former vice president’s past achievements to make her case that Biden will be a president “who turns our tragedies into political weapons” and who “turns our challenges into purpose.”

Harris launched her presidential run in January 2019 but suspended what was initially considered a promising campaign in December, citing a shortage of funds.

She seized on Biden’s past controversies related to the issue of race in a clash with him during a debate in June 2019, but announced in March 2020 that she endorsed Biden, who eventually secured the nomination and picked her as running mate on Aug. 11.

“BUT DIDN’T SHE CALL HIM A RACIST??? DIDN’T SHE SAY HE WAS INCOMPETENT???” Trump tweeted in all capitalized letters, referring to Harris’s history shortly after she wrapped up her speech.

Obama and Clinton delivered remarks moments before Harris gave hers, each offering their blistering critiques of Trump while calling on voters to cast their ballots for Biden and Harris.

When Obama was speaking from Philadelphia about Trump’s lack of interest in and unfitness for the presidency, Trump tweeted about his predecessor: “WHY DID HE REFUSE TO ENDORSE SLOW JOE UNTIL IT WAS ALL OVER, AND EVEN THEN WAS VERY LATE? WHY DID HE TRY TO GET HIM NOT TO RUN?”

Trump will be nominated as the Republican presidential candidate when the GOP holds its national convention next week. 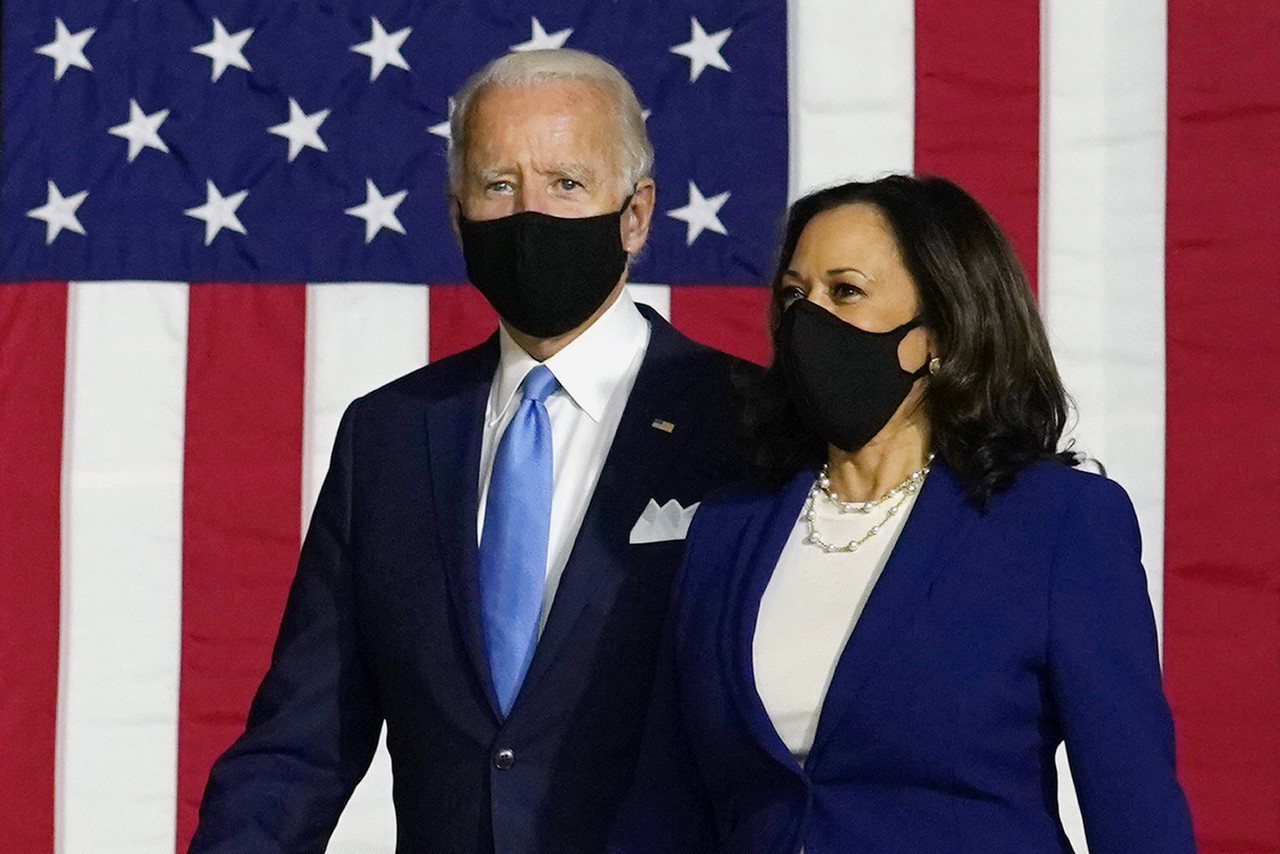