„Let Kazinczy be a pedestrian street.” – Interview with Ábel Zsendovits, chairman of the Azért7 Organisation

Interview with Ábel Zsendovits, chairman of the Azért7 Organisation.

Q: Do you still remember what Kazinczy Street was like twenty years ago?
Zsendovits: It was a dark, shabby, run-down place missing any kind of life and happiness. Then asset management came, or rather due to non-management the renting structure changed, new constructions started, unfortunately far too much inexcusable demolishing happened but not only here but everywhere in the district. Many buildings grew which were not acceptable either aesthetically or in terms of liveability. Back to the beginning, Szimpla Kert opened in 2004 in its present location which was then a rusting area indeed and four or five years had to pass until the leadership of the district or the city itself reacted truly that this is good and it really started to pull the area up. But from the second year there was the Szóda Kert and every year a new place opened, but it was only after some time that life started in this area. 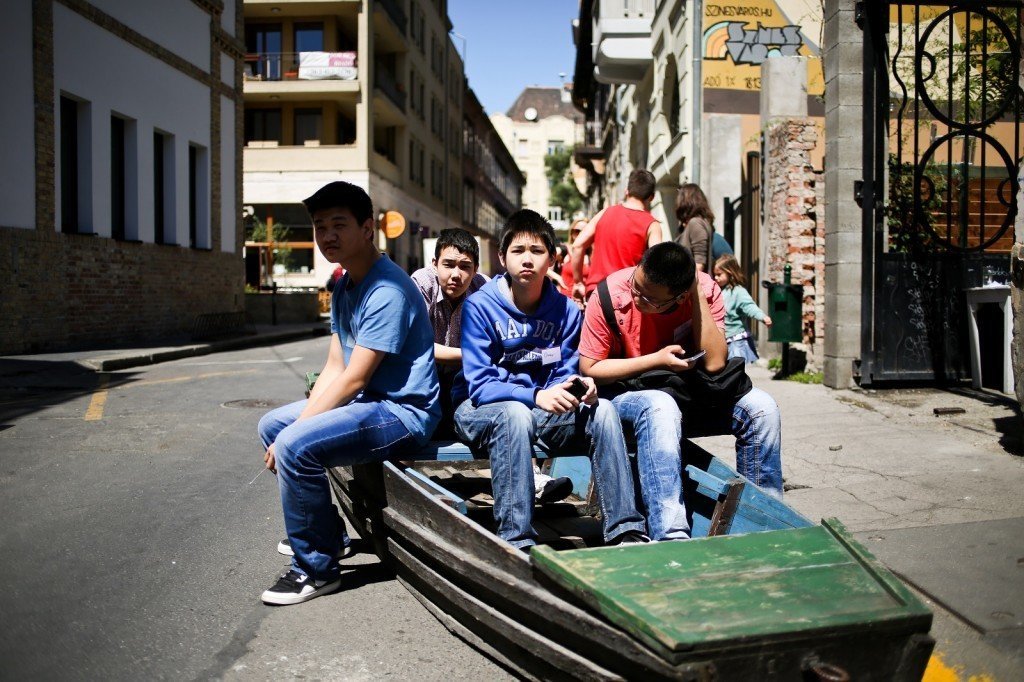 Q: Then it outgrew itself that it was tried to be controlled radically…
Zsendovits: Yes, around 2010 they tried to control the opening hours by silence regulations, many places even had to close. At that time the asset management was not willing to rent real estates of the local government but somehow the market found itself and there is a rising tendency since around 2010-11. Those who cannot provide high quality will fall and a newcomer will take their place. Since then, in these last four, five years, I am sure that Budapest has at least doubled the number of guest nights, now all around Europe the words Budapest and Kert mean something. By the way if we take the region into consideration, it is sure that partying is best and most rewarding here. I think the district is more and more colourful more places create their own style, viewpoint and it is getting more and more exciting.

Q: How many places that can be called ruin pubs do you think have opened in the last ten years?
Zsendovits: Good question, I would not dare to say an exact number but it is close to one hundred for sure. This is definitely a good thing as it is not only that one dead area of Budapest became one of the coolest, most visited and most money-producing district but if I think about the process that started and was followed by others or joined it and it works, many people love it then it made and still makes sense what we did and still try to create here. The reason I put it this way is that the Szimpla Kert for example is changing constantly, its functions enrich, and there is no stopping. 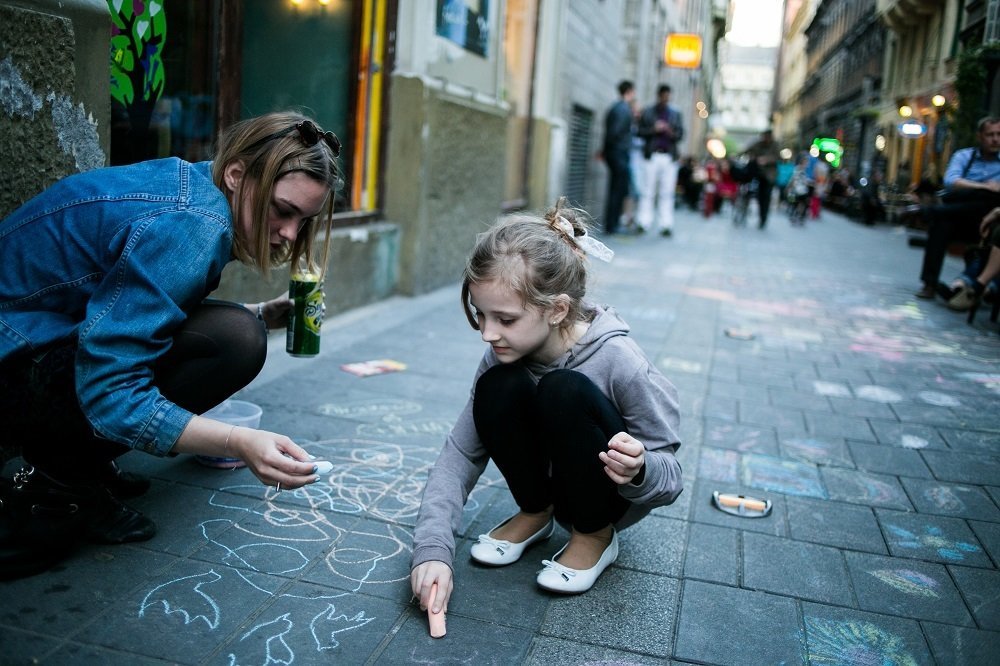 Q: Please tell us a bit about the Day of Birds and Trees. It was organised on 10th May. What was your aim exactly?
Zsendovits: That is already well known that Erzsébetváros (this district) has the least green areas. Maybe there is not another district in Europe that is so deprived of plants, the trees are also few in number. If there is no tree than there are no birds and as it is an international day, it seemed like a good idea to raise awareness to this serious deficiency and to show how good and useful it is when the Kazinczy Street is a pedestrian street and how much more liveable the Street of Culture this way. Last year we tried to make it a walking area only for the nights and during the weekends, but the system and its members are not mature enough to make it work in peaceful condition and the inhabitants suffered a lot because of parking fines or problem caused by the bad positioning if signs. But now we thought that we would show with a serious project the direction where we would like to go as nobody else has any idea about the future of the district or at least the Kazinczy Street.

Q: How do you imagine the Kazinczy?
Zsendovits: I would end parking on the streets entirely except for some loading space and disabled parking lot. I would stop the crossing traffic completely and I would implement a system with number plate recognition and retractable bollards for the people who have a parking lot in the garage under the building or people who live in the street. I would put benches and trees in the street. 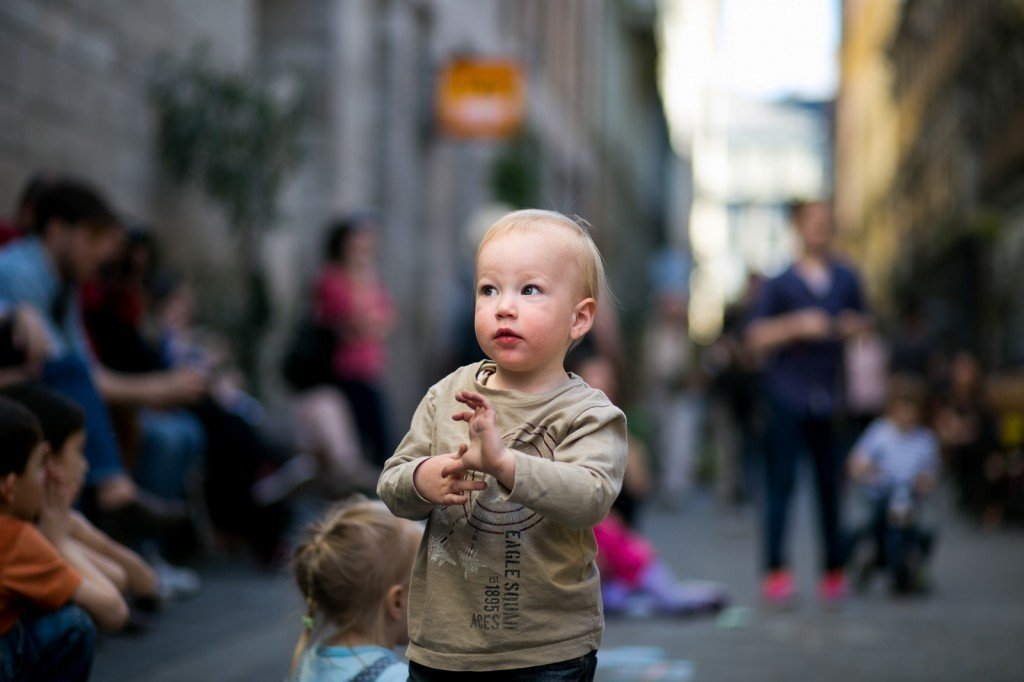 Q: This is not such a difficult thing. We can see an example in Buda, the Lövőház Street, which used to be a very busy street and there are two shopping centres, also.
It is not difficult, indeed only the intention is missing. Giving parking permissions is not part of maximalizing votes. They want to renew the system but it is not enough we do not have the critical mass.

Q: And the other places, pubs, bars and restaurants, how much do they support the idea?
Zsendovits: The Kazimír, the Kirakat, the Kőleves, the Kőleveskert, the Mika Tivadar Mulató, the Téli Kertem, they all take active part in it and the participated in the organising and the managing of the whole event of the Day of the Birds and Trees. A new Kazinczy work group was founded; its main goal is to strengthen the Kazinczy brand. There is no support by the residents, is there? When we think about more terraces obviously more guests, more intense presence, than they rather choose that two parks should park instead of having a terrace. The most important message of the Day of Trees and Birds is that by making it a pedestrian street, the residents’ interests are not lessened, and it is much better to have kids running up and down and families walk than six hundred cars crossing a day.

Q: How difficult is it technically to reach the goal?
Zsendovits: Obviously, it is not. But as there are so many participants in this story, starting with the capital, then the local leaders, the BKK (the public transport company of Budapest), these kinds of decisions, changes do not have responsible person. Certainly, closing the middle section and banning the cars from this street would be relatively easy. But if we take a closer look it does not even have publicity of such thing or even more serious works and constructions (only what other places and blogs publish). The local newspaper is about nothing, people do not get even the most basic information about the place they live in, where they live their everyday lives and there is no proactive dialogue in any forums…

Q: What you have just said reminds me of the official homepage of the district where day advertise the Kazinczy Street as a internationally acknowledged pedestrian street, of course you can see only the fronts of the houses so you will not see the parking cars in the street.
Zsendovits: Yes, this is a good example how they try to mislead people. There is the tourist tax, the new inspection fee, which we know basically nothing about, maybe only that some of it is spent on cleaning the district but to make communication and the management of this whole thing work and be effective, there should be a good and careful responsible person, because (sorry for saying that) but Mancika on the 3rd floor does not know the answer to these questions. It is not her job and neither her profession. There is money for this, there are agencies, it could be organised based on the market, we would even employ the most expensive, the problem is the lack of willingness. I feel that the interest of the local politics is absolutely different. It is exactly that they should be on national media the least; it is a simple strategy to avoid conflicts. They show what they show on their own channels and that’s it. 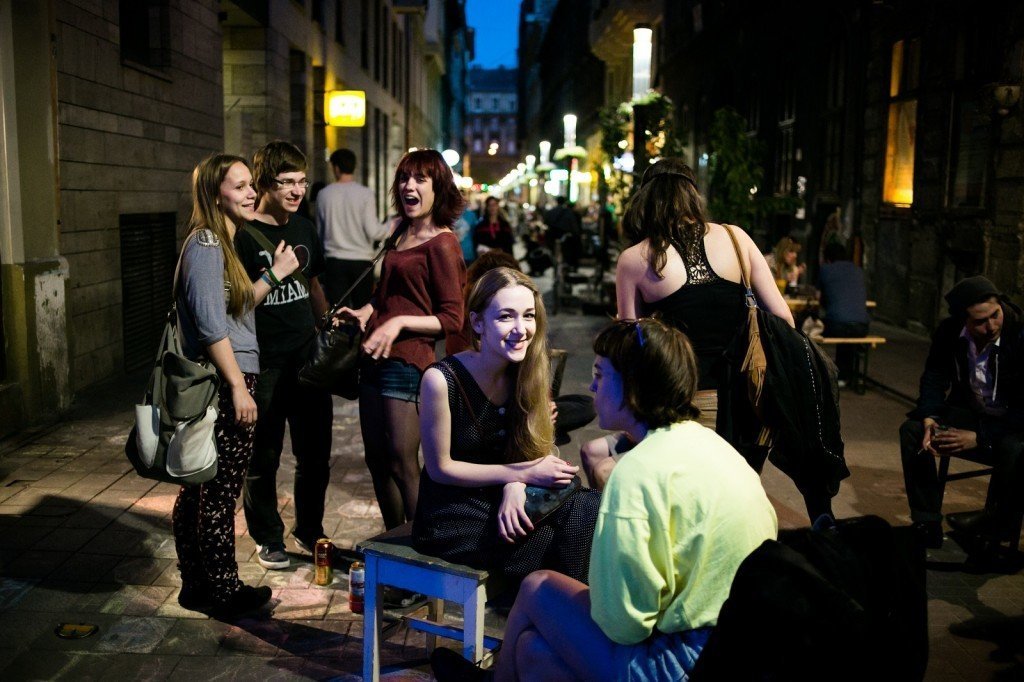 Q: What was the event like? How did the programs go? There were many people, this is clear…
Zsendovits: First of all, I expected some of the decision makers to realise that it is worth dealing with this (I did not see any of them at the event although it was a workday), that it is basically a good thing, and some residents would realise when looking through their windows at noon on a Saturday that it is better see this than a pizza delivery boy on his scooter or taxis lining up all along the street. By the way it was really great, the weather favoured us, and there were many people, the local municipality cleaned the area before the event, so we can say that they were really helpful and the closure also went smoothly. The residents accepted it well, they parked their cars elsewhere and the locals took part in it actively. The street was colourful which was a good thing to see and everything we advertised came true with many participants. The number of trees multiplied, and not only we planned them but other bars and it is going to continue. We heard the first honking caused by the traffic jam only ten minutes after the event finished. During the day people were tolerant even those who worked or came from or to work.

Q: When will/can it continue?
Zsendovits: I have just been asked in the Háztáji (Farmers’ Food Shop) this very same question if there will be a next event like this and when because they really liked it and they believe in this whole thing. Well, I believe in it also. It would be nice to have every weekend like this. We are going to continue this in the autumn for sure, until that we are collecting signatures, waiting for ideas and critical remarks.

The interview and the photos were made by Mátyás Szöllősi.