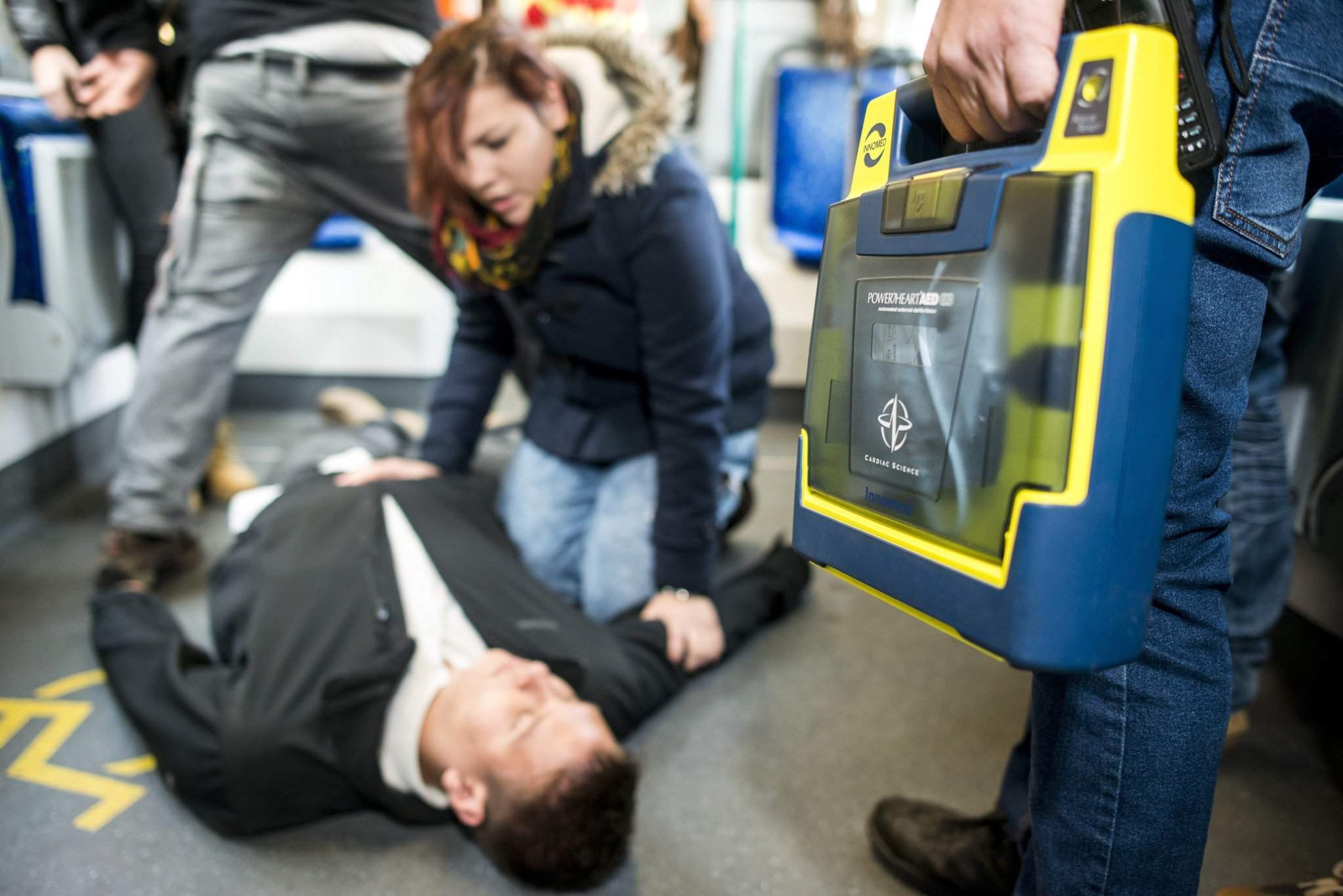 On the occasion of European Restart a Heart Day (16th of October), two vehicles of BKK’s Traffic Incident Investigation Unit were equipped with defibrillators, the lifesaving equipment used to deactivate the unwanted fibrillation of the heart muscle by electric shock.

Owing to this healthcare development, presented at a joint press conference by Dr László Pék, Medical Director and Pál Győrfi, Communications and PR Director of the Hungarian National Ambulance Emergency Service and Dr Kálmán Dabóczi, CEO of BKK Centre for Budapest Transport, BKK’s “traffic incident investigators” will be equipped to save lives before an ambulance arrives at the scene in case a passenger gets sick aboard a public transport vehicle. Thousands of people lose their lives annually on public places in Hungary due to cardiac arrest, even though most of them could be saved if resuscitation were immediately performed on them. In the past few years, Hungarian National Ambulance and BKK staff have helped over 3,200 passengers who got sick on trams, trolleybuses, buses and other vehicles. Providing immediate help is essential, that is why BKK’s new campaign informs about the way to do it in a professional way. 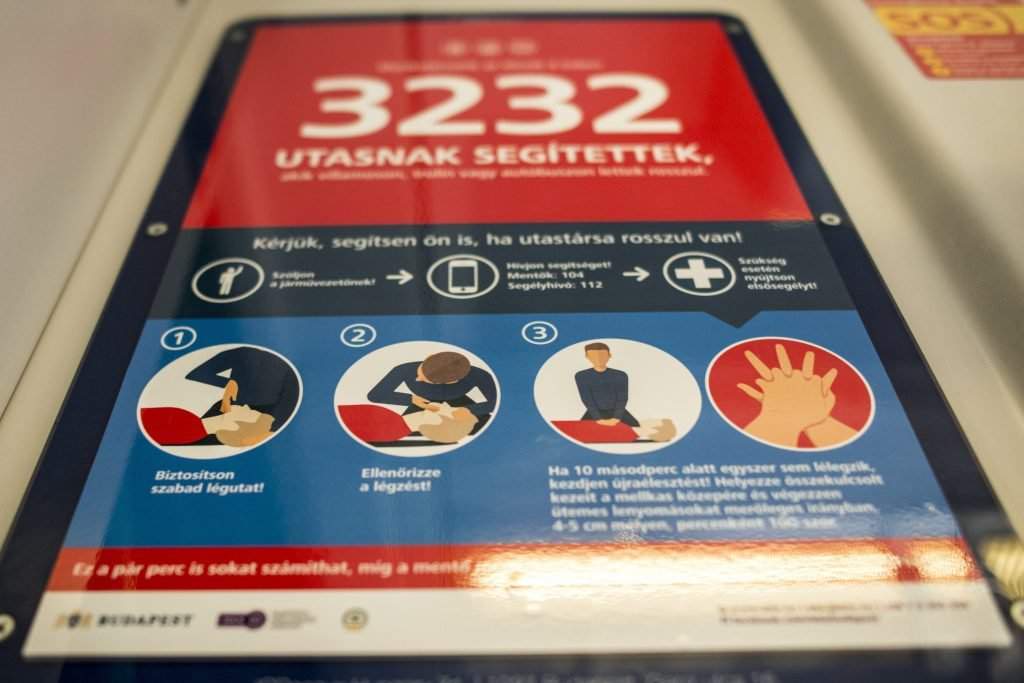 BKK collaborates with professional organisations through which the safety of passengers using public transport services can be increased. Two cars of BKK’s Traffic Incident Investigation Unit were equipped with defibrillators so that that passengers can receive professional medical help in the event of sudden fainting or an accident. It is often BKK’s traffic incident investigators who arrive at the scene first, therefore when an accident or emergency occurs or a passenger gets sick, a human life might easily depend on this new lifesaving equipment. ‘’Our aim is twofold: to ensure passenger safety and professional medical help as soon as possible whenever someone needs it, and at the same time the city needs to remain in operation”, said Dr Kálmán Dabóczi, the CEO of BKK. 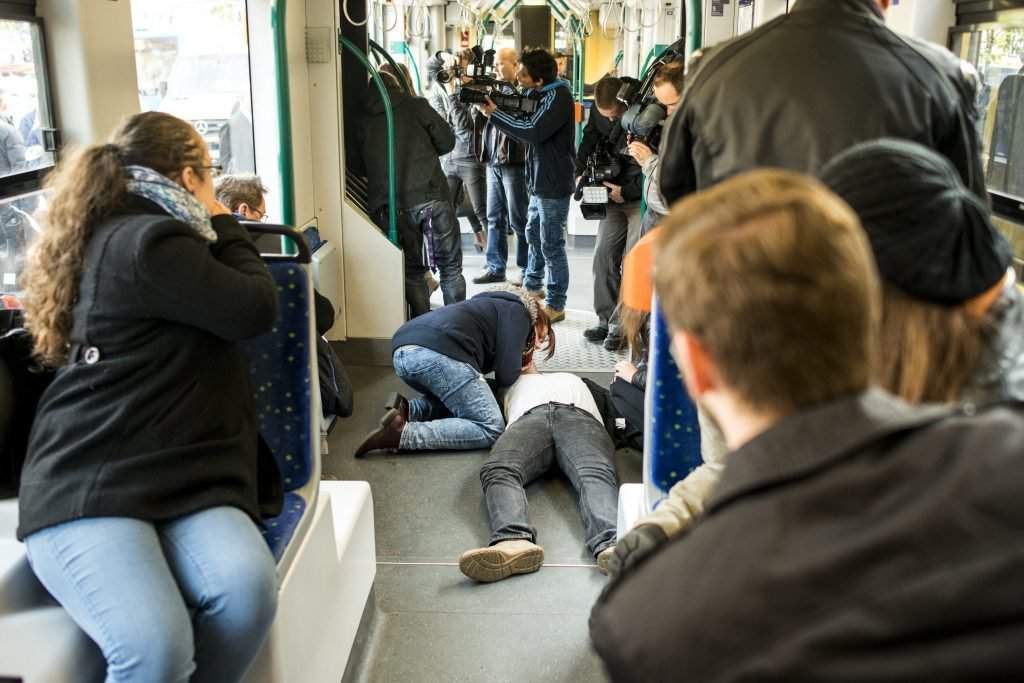 Cardiac arrest kills thousands of people annually in public places all over Hungary. By starting resuscitation right away and thanks to a defibrillator arriving within minutes, we get the chance to save lives” – declared Dr László Pék, Medical Director of the Hungarian National Ambulance. BKK’s exemplary programme not only informs passengers about basic lifesaving skills, but it also increases the chance for the success of restarting a heart if a BKK member of staff trained in first aid and equipped with a defibrillator gets to the scene as soon as possible, stressed Pál Győrfi, Spokesperson of the Ambulance Emergency Service.

Hungarian National Ambulance and BKK staff have helped 3,232 passengers in the past four years who got sick on board buses, trams, trolleybuses etc., and the Traffic Incident Investigation Unit equipped with defibrillators will be able to increase the effectiveness of lifesaving efforts further. The 40 crew members of BKK’s Traffic Incident Investigation Unit are trained by the Hungarian National Ambulance on how to use the lifesaving devices. Thanks to an earlier project, defibrillators are already found at several locations throughout the Budapest public transport network including all metro stations.

Providing help is crucial as restarting a heart in case of a cardiac arrest can save a life. ‘’BKK along with the Hungarian National Ambulance have come to the conclusion that it is vitally important that passengers have visualised information available on how and what to do in such cases,” emphasised Dr Dabóczi. The professional lifesaving method without the use of an equipment can be acquired soon not only with the help of the over 1,000 educational billboards to be placed on board public transport vehicles and at public transport stops, but also from BKK’s new instructional video. We kindly ask our passengers to dare to help their fellow passengers: report the case to the vehicle driver and ask for help (you can reach the ambulance by calling either 104 or 112). In case a life must be saved, those few minutes of resuscitation can make all the difference before the ambulance or a car of BKK’s Traffic Incident Investigation Unit equipped with a defibrillator arrives at the scene.