If you love beautiful landscapes, history and excursions, then you should visit Lillafüred situated in the middle part of the North Hungarian Mountains. Thanks to the fact that more and more Hungarian and foreign tourists choose to visit Hungary’s touristic destinations to relax, landscapes providing breath-taking scenery, touristic sites and recreational opportunities in locations like Lillafüred are becoming more and more popular, Life.hu notes.

Let’s see what natural treasures you may find during a visit in Lillafüred. 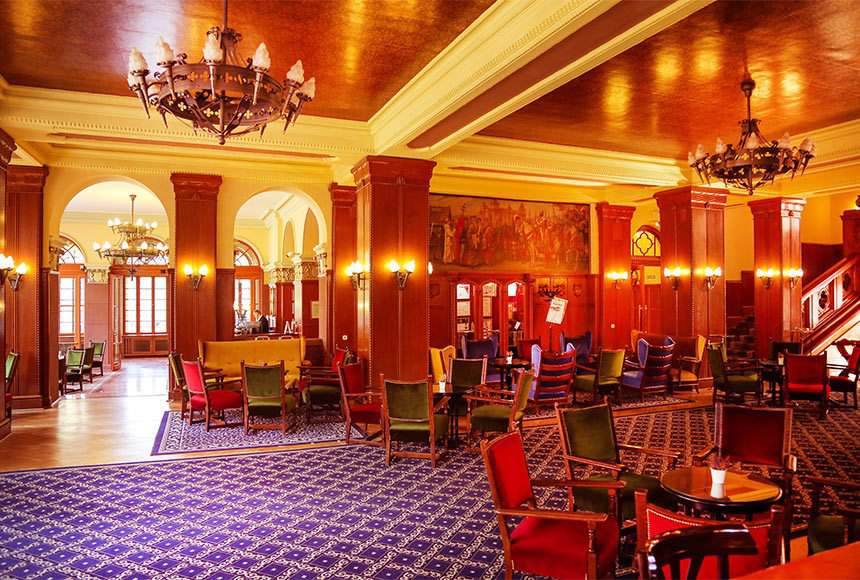 Palace Hotel is one of Lillafüred’s ornaments because by glancing out of the building, a beautiful landscape of Szinva Stream and Lake Hámori meet our eyes. The building has a great historic past: Based on Count András Bethlen’s idea, it was built between 1925 and 1929 according to Kálmán Lux plans at the meeting point of three valleys, in Neo-renaissance style. There is a huge tower arising above the main entrance, moreover, marvellous stained glass windows and wide terraces decorate the building. 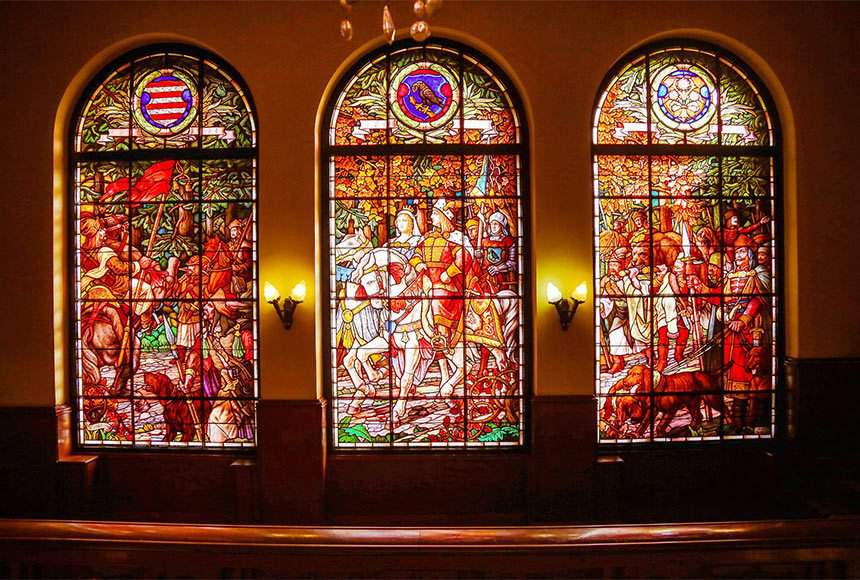 The beautiful coloured glass windows of the hotel
photo: hotelpalota.hu

The Palace has been home of several events so far, including the Anna-ball, film weeks and congresses. During WWII, the building was transformed into a military hospital. After the war, it served as a resort-hotel for a long time, and today three restaurants are operating in three of its halls.

To isolate yourself from the noise of the town, take delight in the beautiful landscape. You may as well relax at the lake-shore or you walk around the surface of the water. In the summer, you can ride paddle boat, but it is worth visiting the lake in the winter, too, if it freezes, even if you can not ice skate on it.


The Hanging Garden of the hotel
photo: Youtube.com

This romantic promenade was built because Hotel Palace is situated on the top of a steer slope, and it had to be supported by another building. One of the greatest Hungarian poet’s, Attila József’s statue is found here, next to which one of his most famous Hungarian poems, Ode can be read on the wall. The torrent of Szinva Stream flows nearby, which is artificial, but it is also the largest (20 metres long) torrent. Walking along the promenade, you can smell the perfume of nature. The torrent may freeze in winter, offering a mysterious natural sight.

The Anna-cave under the Hotel Palace is a specially protected natural value. It is 570 metres long, but only 208 metres is approachable. The cave developed from the travertine that separated from Szinva  Stream about 150-200 thousand years ago. They form the shape of a flower, so they are treated as especially rare natural miracles.

A Hungarian scientist found several archaeological remains, including polished and paleolit stone tools, bones of cave bear, as well as the remains of a fireplace of hundreds of thousands years old.

St Stephen Cave is situated along the road leading to Eger, in Szinva Valley. Its entrance can be found 500 metres away from Hotel Palace. It is 1043 metres long; however, tourists may visit only a small part of it. This is the region’s greatest stalactite cave, which is worth visiting if you happen to travel to that region.

Hámori Rock is popular among the lovers of rock-climbing. Ice-rock climbing competitions are regularly organized at the rock in January.

Miller’s Rock is also a beautiful spectacle; what is more, several legends are related to it. There is a cross on the top of the rock. According to some old stories, it was named Miller’s Rock because an old miller jumped from there when he found out that his wife cheated on him. Other stories say that the daughter of a rich miller and a man, a poor young miller, jumped from the rock, because they were not allowed to marry each other.

The railway with two tunnels was constructed in the 1920s, and it was primarily used for freight forwarding. Today, it entertains tourists. It departs from Miskolc, and its destination is at Garadna. It operates in winter, too, because all the carriages are heated.

Making excursions – even for beginners

Lillafüred is a great choice for making excursions, because the settlement has safe and well-built touring and bicycling routes. During the wonderful, 12-kilometres long excursion, tourists are able to reach Bükkszentkereszt from Lillafüred.