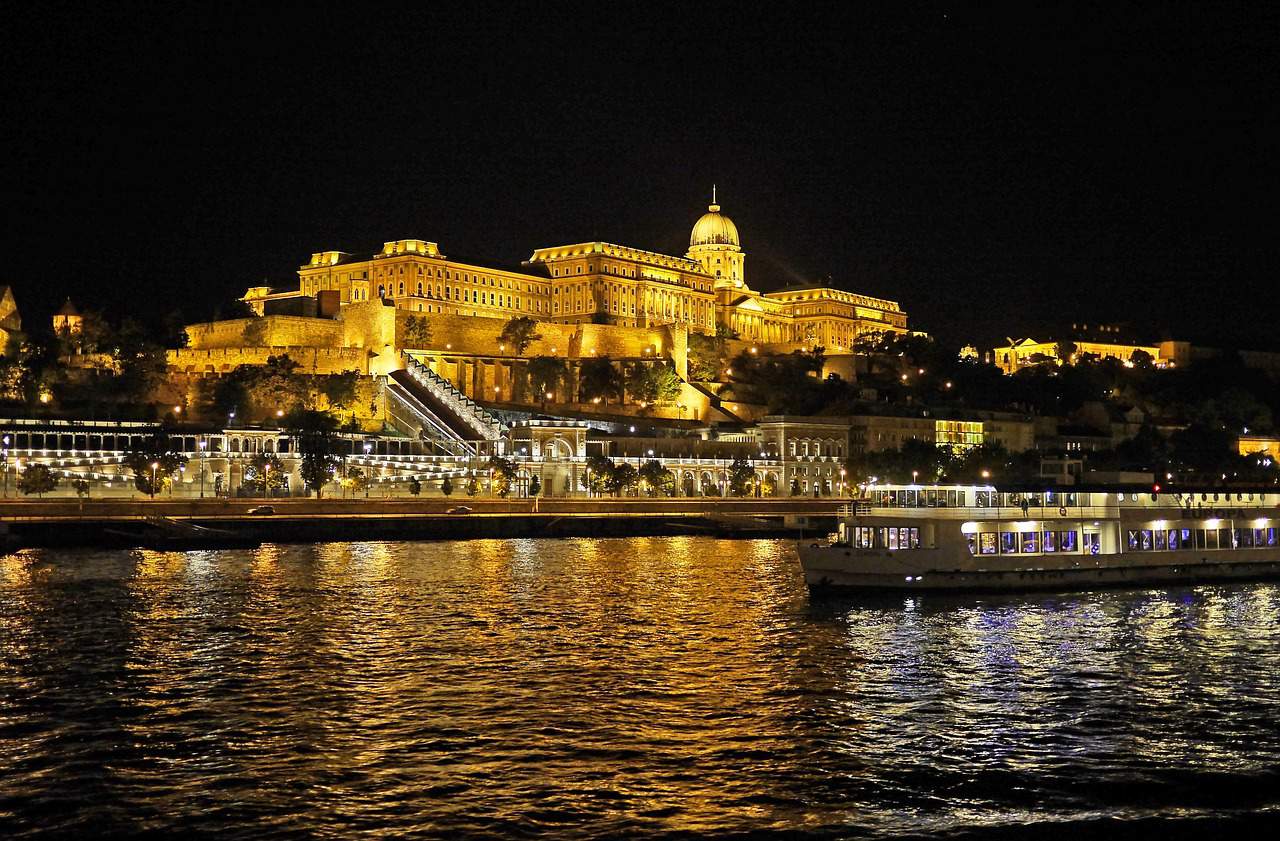 Lovely places to visit in Budapest

Budapest was unified out of three parts of the city: Buda, Pest and Óbuda in 1873, after the development of the Austro-Hungarian empire. The capital gained much of its current characteristic appearance during a cultural movement called the Belle Époque, with considerable influence from other great European cities like Paris and Vienna.

Unfortunately, two world wars and the communist era left their mark on the city’s magnificent buildings; however, many remained intact or in good condition.

Some of these buildings give a home to today’s Budapest’s most beautiful cafés, restaurants and bars.

This article will guide you through the venues Emma Cooke selected as the best ‘spots that will fill your eyes as well as your stomach’.

The recently renovated building became just as, if not more charming as it had been before. One can only gaze at the enormous glass ceiling supported by detailed, ornament-covered walls when stepping through the archway of the entrance. Today it houses a hotel, café and restaurant which functions as a bar at night.

Housed in Várkert Kiosk next to Várkert Bazár, its building was designed by Hungarian architect Miklós Ybl. Thus the restaurant is named after his only son, Felix. Felix Kitchen and Bar serves Hungarian and Asian dishes with the assistance of top sommelier Máté Horváth and chef Árpád Kovács.

New York Palace Hotel was renovated and reopened in 2006 by the Boscolo Group and includes New York Café one of the most charming cafés of Budapest. It serves dessert and hearty Hungarian meals. For the full experience, make sure to book your table in advance and ask for one of the alcoves.

Situated on the roof of Aria hotel, this music-themed bar has a breath-taking view of St. Stephen’s Basilica. The rooftop bar of the five-star hotel has an innovative menu both for drinks and food, highly recommended if you are the adventurous type.

A place out of a fairy-tale, this popular tourist’s spot has a restaurant as well. A bit on the pricy side but well worth the money for great food, captivating atmosphere and spectacular view.

If you want something to transport you to a different era truly, Gerbeaud Café is the place. Its interior has hardly changed since 1910, and many cakes are still the same and going strong since Swiss patissier Emile Gerbeaud introduced them in the 1880s.

The most famous ruin bar in a city known for its ruin bars. Szimpla Kert was opened in 2002 and made the concept of ruin bars popular. Its many rooms are both cosy and exciting, best enjoyed with a hand-crafted beer or Hungarian wine.

One of the most popular tourist destinations and for good reasons, Széchenyi Thermal Bath offers a truly unique experience as the most enormous medicinal bath in Europe. Enjoy your drink while soaking in hot mineral water!