Lufthansa to increase capacity by one third between Frankfurt and Budapest 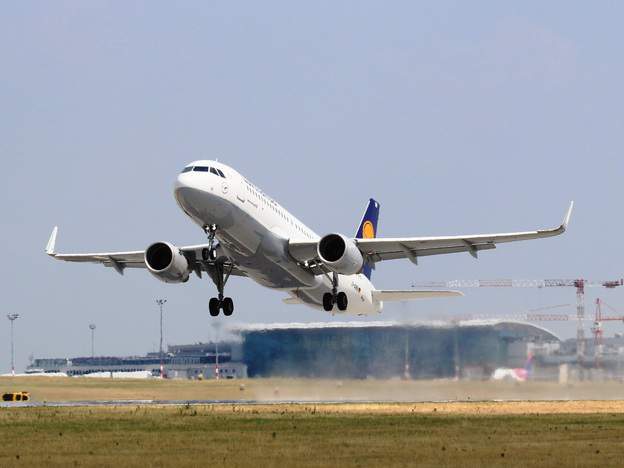 Lufthansa will modify its timetable and increase its number of flights between Budapest and Frankfurt. In the winter timetable, it usually has four flights a day between Hungary’s capital and Germany’s busiest airport. Starting from 11 December 2017, Lufthansa will fly on this route five times a day and will also have an adjusted timetable.

“We keep monitoring passenger needs and improve our services accordingly. This route has seen rising demand for years and the old timetable was suboptimal for many overseas passengers who failed to reach the 8:20 a.m. connection to Budapest from intercontinental flights landing in the morning hours. Our new flight from Frankfurt to Budapest will take off at 10:10 a.m. which ensures optimum connection to the passengers of nearly every long-haul Lufthansa flight”, said Gábor Antal, country manager of Lufthansa Group in Hungary.

The new flights will allow passengers arriving from Miami, Atlanta, Philadelphia, New York, Toronto and Washington in Frankfurt to change to a flight to Budapest with a short transfer time. The flight leaving Frankfurt at 10:10 a.m. will land in Budapest at 11:40 a.m. and it will take off in the Hungarian capital at 12:30 p.m. to reach the largest city of Hessen province at 2:15 p.m.

“Our return flight scheduled to take off at 12:30 p.m. is ideal for passengers who have a meeting in Germany only in the afternoon or want to transfer to an intercontinental flight leaving later during the day. Business travellers using this flight can spend their morning usefully in Hungary”, added Gábor Antal.

The new flight will be available every day of the week increasing the number of weekly Lufthansa flights between the two cities by 25% from 28 to 35. As a result, of all airlines serving Budapest, Lufthansa has the highest frequency on a single route.

Due to the use of Airbus A320, 320 neo and 321 higher-capacity narrow-body aircraft, seat capacity between Frankfurt and Budapest will increase to an even higher degree. As a result, Lufthansa will increase its capacity by nearly 40% on its flights between the two cities.

Also we wrote before, the new Budapest airport bus 100E will run along the Deák square-Kálvin square-Liszt Ferenc Airport II route in every half an hour, and the price is very friendly with 2.8 euros.

Check out the timetable here.