Forbes.hu reported that a British-American investment company called Providence Equity Partners had become the majority owner of Sziget Festival. The company will help improving the festivals of Sziget with strategic investments. 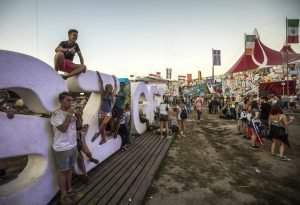 Although the Hungarian owners sold the majority (70%) of their ownership to Providence Equity Partners, which purchased it through Edition Capital, the current owners kept 30%, that is, the management remains under Zoltán Fülöp, Norbert Lobenwein and Gábor Takács and Károly Gerendai, who repurchased his ownership before the transaction.

Forbes.hu added that both Edition Capital and Providence Equity Partners had had investments in the media and entertainment industry before. Latter is specialised in the media and telecommunications sector. They have a share in Warner Music Group, in ProSiebenSat1 and in Ironman. Formally, the new majority owner will be a Luxembourgian company called LuxCo Ltd. The portfolio includes Balaton Sound, Telekom VOLT Festival, the Gourmet Festival, and Gyerek Sziget (Children’s Festival). MTI adds that, since the foundation of Providence Equity Partners in 1989, the company invested in more than 150 companies, and it is the primary capital fund to media, communication, education, and IT sectors. Its headquarters are in Rhode Island, in Providence, but it has offices in New York, London, Hongkong, and New Delhi, as well. 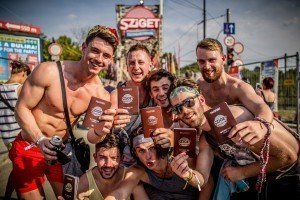 Károly Gerendai told to Forbes.hu that the aim of the investors is to create a festival portfolio in which Sziget will be a key element, because it is the most determining independent actor in the international festival market. He added that the Hungarian management would have a key role in building the international portfolio, and the festival would spread in new, foreign markets.

Károly Gerendai told to MTI, too, that, with the funds and international background of Providence Equity Partners and their team’s expertise, new opportunities would be open to Sziget Festival, which would lead them to a higher position.