Budapest, October 25 (MTI) – A memorial site for the victims of the fusillade of October 25, 1956 was inaugurated in Budapest’s Kossuth Square on Saturday. 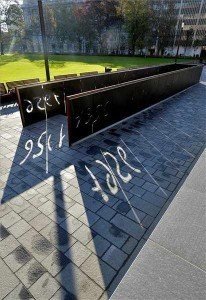 Speaking at the ceremony, former prime minister Peter Boross said the memory of the victims obliges us not only to pay tribute, but also to draw the lessons. He said that the heroic sacrifices that the nation made for freedom oblige succeeding generations to continue to remember and to see clearly.

The former prime minister recalled that the volley of shots was fired at peaceful demonstrators as they were gathering in front of the parliament building, on the third day of the anti-Soviet uprising. After the shots were fired, the square emptied, with only the dead and the wounded left behind, but the nation was not deterred, people were angry and outraged, and events began to gather speed, Boross said.

At the end of the ceremony, Speaker of Parliament Laszlo Kover and Boross laid wreaths at the memorial site.

The memorial site was completed as part of the reconstruction of Kossuth Square.