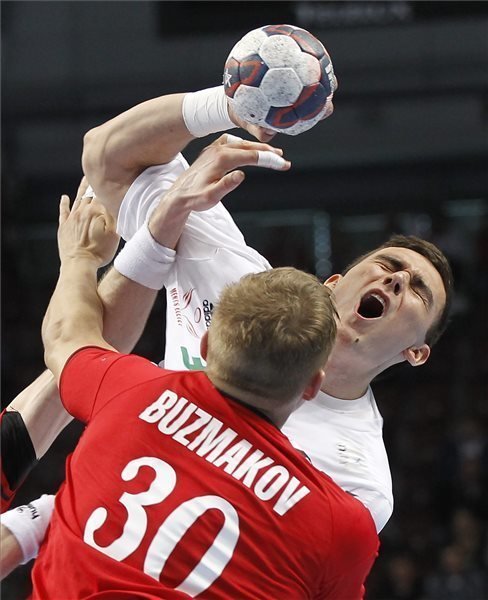 A tight match in Veszprem ended in a victory for the hosts, booking Hungary the first tickets to Poland up for grabs on this EHF EURO 2016 Qualification weekend, eurohandball.com reports.

The eurohandball.com said, the match began with a furiously-paced first five minutes dominated by counter attacks and enough technical faults from the hosts to allow Russia to create a narrow lead. But once Hungary settled in, it was a different game. Led by three early goals and superb long passes from Laszlo Nagy, the Hungarians inched ahead with structured set play and fast break goals. Russia were finding the goal posts rather than the back of the net far more often than new coach Dmitrii Torgovanov, in his second match as head of the national team, would have liked. Four consecutive unanswered goals allowed Hungary to take the lead, leaving Russia to play catch-up for the remainder of the half. With five minutes left in the first period Hungary led by four goals (13:9); the same advantage they would take into the break.

According to eurohandball.com, the second half began with Hungary picking up exactly where they left off. Roland Mikler came into goal in the place of keeper for the first half, Marton Szekely. Mikler was immediately on form, spectacularly saving a fast break goal early on. Russia’s shots were no longer hitting the posts, but Mikler was now their biggest problem. Midway through the half Hungary maintained their lead (23:18), though the game was now a more evenly-matched contest and was by no means over. Just like in their round three match on Thursday, Hungary suffered a lapse around the 50-minute mark and endured a few nervous minutes because of it. In the 53rd minute, Russia came within one goal (25:24). But a red card for Lev Tselishchev after three two-minute suspensions and a run of Hungarian goals enabled the hosts to reclaim a more convincing lead. When Richard Bodo scored his sixth goal from six shots with just over three minutes remaining (28:24), the game was decided.