Budapest, November 23 (MTI) – Technicians of the Hungarian military removed a 500 kilo US bomb, hidden under water since WWII, from the river Danube near Budapest’s southern railway bridge on Wednesday.

During the sensitive operation nearby Rákóczi bridge and the entire area were closed down and public transportation services were suspended.

The GP-1000 bomb was hauled onto a military vessel and taken away to be neutralised.

The explosive device was discovered two weeks ago, over 5 metres deep in the water. An attempt was made to remove it at the time, but bad weather conditions prevented the military’s divers from completing the operation. 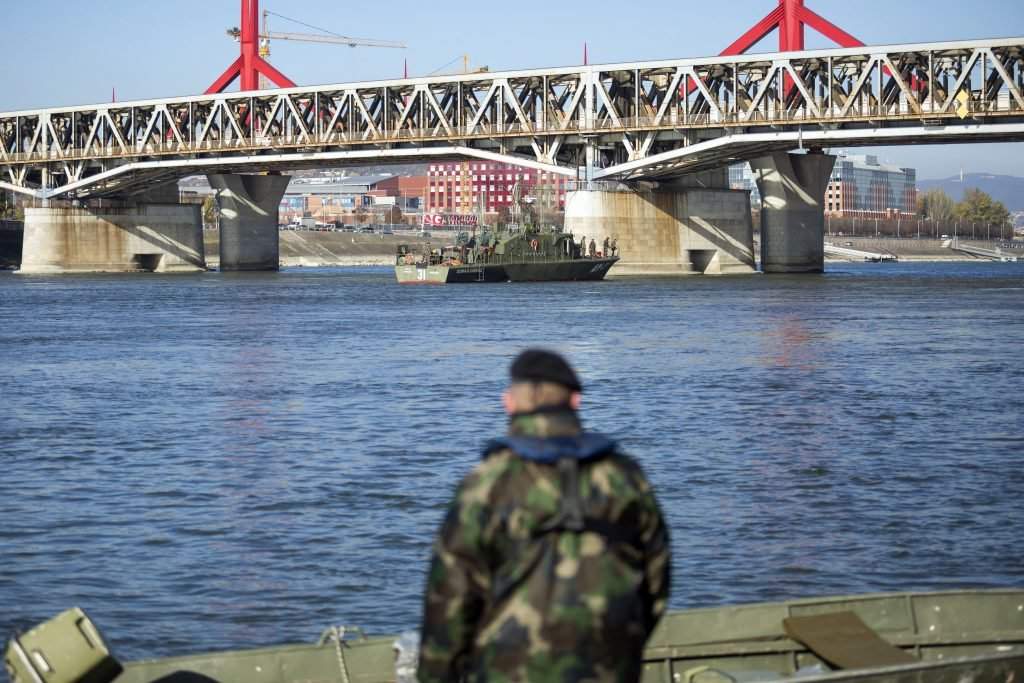