As it was usual in the case of many minorities in Hungary — like Croatians and Germans — Bulgarians also came to the country in multiple waves. The Hungarian-Bulgarian relation began quite hostilely as a large part of historical Hungary was populated by Bulgarians when Árpád’s armies marched in. As fierce enemies the two nations were during Homefounding, as close they got during history.

The first significant immigration dates back to 1365 when King Louis the Great conquered Vidin. The Ottoman expansion had begun in the South, so many Bulgarians fled from their invaded homeland to the North. They have reached as far as Szentendre. The Ottoman conquest was pressing in the next couple of centuries, forcing more and more Bulgarians to seek shelter in Hungary. But though the conquerors were driven back in the second half of the 15th century, Bulgarians still kept coming to Hungary, this time as fortune-seeking merchants.

Even more important than merchants, Bulgarian gardeners have migrated the country from Ljaszkovec, Northern Bulgaria in the early 18th century.

First, most of them were travelling workers, continually changing places between their homeland and the Austro-Hungarian Monarchy. This type of lifestyle was called “gurbet” at that time. By 1914, 5,204 Bulgarians were registered workers in the Monarchy. They did not assimilate into the Hungarian society, but lived in an isolated community, preserving their economic independence and cultural features. 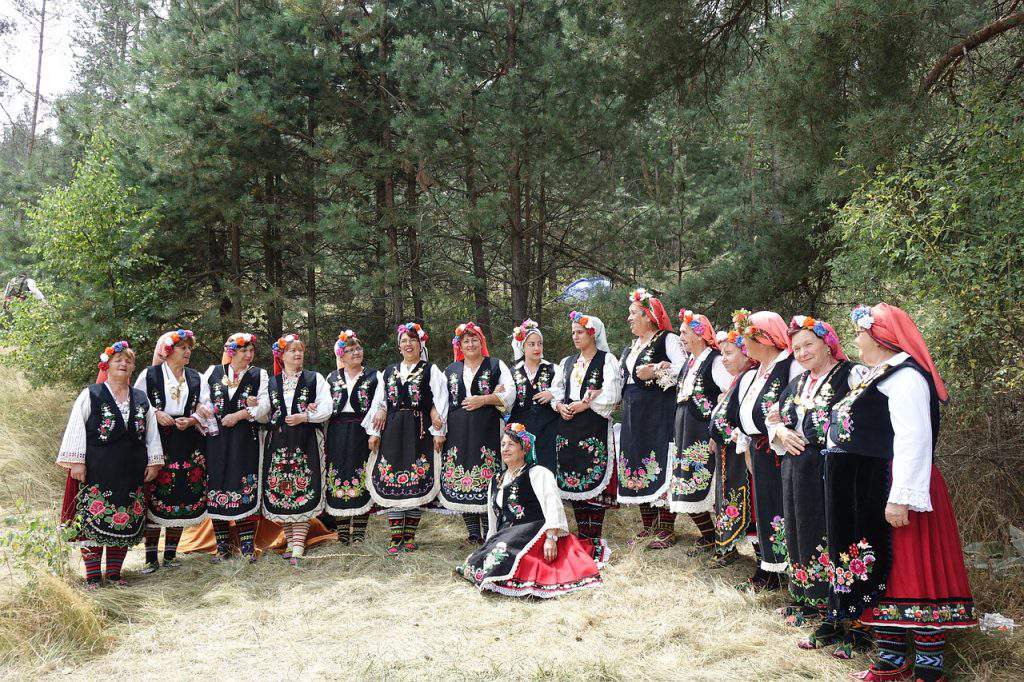 Wherever they settled, they have introduced the intensive vegetable growing involving watering. The Bulgarian gardeners innovated horticulture and satisfied new needs. They usually grew vegetables on smaller rented lands near bigger cities to provide the industrial regions with food. Among other things, Bulgarians brought eggplant to Hungary.

After World War I, the Bulgarian gardeners and farmers began to rent lands for longer times. Some of them purchased housing or a farm, even married in Hungary. Many of those who did not marry in the new home brought their family from the old one. That was the reason why many Bulgarian farms became family “enterprises”.

In 1914, Bulgarian gardeners and merchants who remained in the country for longer times founded the Association of Bulgarians in Hungary, which is still operating today.

From the era between the two world wars, Bulgarians came to Hungary with the clear intention to settle for a long time. This process continued until 1951 when the dismissal of the Association of Gardeners by the socialist regime and the international situation ended the Bulgarian immigration.

Bulgarians in Hungary now live in diaspore, spreading throughout 170 settlements, mostly around Budapest, Miskolc and Pécs.

Despite their relatively small numbers and separated situation, they managed to preserve their national identity and language. One of the key factors was that they lived in isolation for centuries and were connected by their common professions: gardening and trading.  Another reason for their cultural preservation was that most of them came from the same region in Bulgaria, most notably from Polikariste and Draganovo.

The first Bulgarian school in Budapest was founded in 1918: it started as an elementary school, developed into a high school in 1981, then it became a Bulgarian-Hungarian bilingual school with several teachers coming from Bulgaria. Their work is quite important as they speak standard Bulgarian and teach the current Bulgarian grammar, customs and behaviour norms. However, many Bulgarian parents send their children to Hungarian school as they learn Bulgarian at home anyway. It is not because they do not respect their own mother tongue, but they realise that knowing the language of the majority is used in everyday life.

Bulgarians were officially announced as a minority in Hungary only in 1991.

Though most of them used to be gardeners throughout history, Bulgarians nowadays mostly do white-collar jobs. The vast majority of them are born to mix Bulgarian-Hungarian couples and are bilingual. They choose Hungarian citizenship for their children but live according to Bulgarian traditions. However, Hungarian thinking and behaviour seems to have a larger impact on them than in the case of most national minorities in Hungary. This makes recording the number of Bulgarians difficult because they are hard to identify, so most statistical data are based on their own admission.

Still, the population census of 2011 counted 6,272 Bulgarians in Hungary, which signifies that despite the rapid assimilation, this culture is still an essential part of the population of the country.