Money rain around the Orban family: the Prime Minister’s daughter and her husband were able to buy a castle and “some” lands 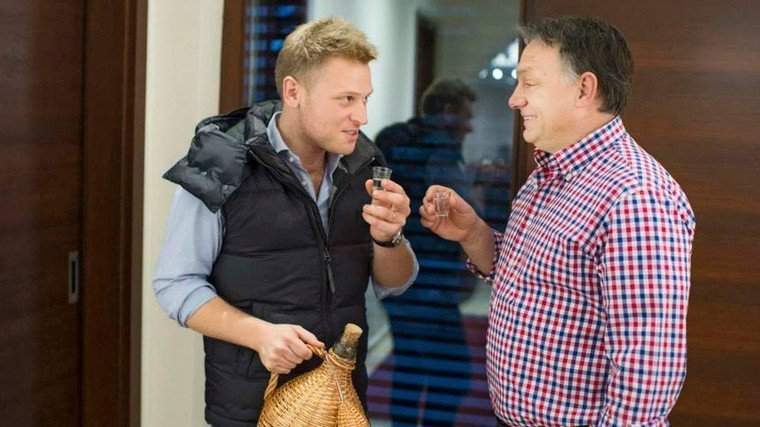 According to hirtv.hu, family members of the Prime Minister’s son-in-law bought lands worth hundreds of millions (in forints, of course). But the name of Istvan Tiborcz also comes up in relation to a castle purchase.

The family members of Tiborcz bought state-owned lands worth hundreds of millions at auctions in Many, Fejer County. One of the parcels is 166 hectares large, the other one is 133 hectares large – this means more than 330 million HUF  (more than 1 million euros).

Furthermore, the family of Lorinc Meszaros – the friend of Viktor Orban – bought more than 1400 hectares of state-owned lands in the Vali Valley and Etyek.

There is another interesting case where the name of Istvan Tiborcz appears. According to 444.hu, the son-in-law of the Prime Minister also contributed to the establishment of a joint stock company whose subsidiary acquired the Tura Castle. Tiborcz paid the registration charge worth HUF 100 thousand. The website was wondering why Tiborcz chose to pay himself, since his name did not appear anywhere else in the registry court documents.

The 200-million-forint-price paid for the Tura Castle seems very low. The receiving company was totally unknown until the name of Istvan Tiborcz appeared who just paid the registration charge. The documents do not reveal the source of the HUF 200 million, and the company (TRA Kft.) does not have loans. That means that the members of the company simply possessed the money.

However, TRA Kft. has only one member: BDPST Zrt., with two shareholders: Judit Toth and Lorand Aurel Szabo. Judit Toth does not have other companies where she could have such profit. The other member has another enterprise established in 2014, but that also does not produce this amount of money. If Tiborcz gave the money, that would reveal that he is interested in other real estate projects as well, since BDPST Zrt. owns two other companies, AMX HS Real Estate Management Hungary Kft and AMX Nador House Hungary Kft, too.

According to 444.hu, the company network was created for a major project.

The Hungarian opposition parties have already criticized the transactions: one of them initiated an investigation regarding the accumulation of wealth of Istvan Tiborcz and Rahel Orban, 168ora.hu wrote.

Anyway, Rahel Orban – daughter of Viktor Orban – wrote from Lausanne, Switzerland, that she succeeds on her own. She wrote this from an institution, where the tuition fee is 15 million HUF. Istvan Tiborcz worked for one of the subsidiaries of Kozgep “on his own”, 444.hu wrote.