New US ambassador nominee plans to maintain “dialogue on democracy”

Washington, DC, January 17 (MTI) – The US plans to maintain and open what is “at times difficult dialogue on the importance of upholding shared values and democracy,” ambassador nominee to Hungary Colleen Bradley Bell told the US Senate Committee on Foreign Relations in Washington, DC on Thursday local time. 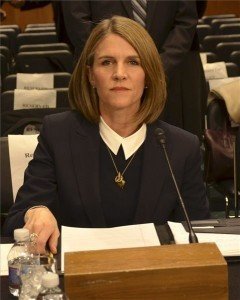 Bell said Hungary is a strong ally of the United States, and the close partnership between the two countries is “embedded in our common values”.

“Hungary has been a generous and reliable contributor to the International Security Assistance Force in Afghanistan. Hungary also contributes peacekeeping troops to the international mission in Kosovo and to EU operations in Bosnia and Herzegovina. Hungary has been an active and constructive supporter of US efforts to broker a peace agreement between Israel and the Palestine Authority and of the ongoing international program to disarm the Syrian chemical weapons program,” she said.

At the same time, she added that over the last two years Washington has clearly voiced its concerns about the state of checks and balances in Hungary and the independence of some key institutions.

“Many argue that sweeping legislative and constitutional changes have hurt the international investment climate, undermined property rights, weakened the judiciary, and centralised power in the hands of the executive,” she said. Bell said that if confirmed, she would work to uphold American and European democratic values, to express concerns where appropriate, and to urge Hungarian partners to work collaboratively with international partners and civil society.

“The idea of pluralism is integral to our understanding of what it means to be a democracy. Democracies recognise that no one entity — no state, no political party, no leader — will ever have all the answers to the challenges we face,” she said. She also noted that the United States has expressed concern about the rise of extremism, which, she said, is a trend not unique to Hungary. “However, the rise in Hungary of extremist parties is of particular concern. If confirmed, protecting and promoting a climate of tolerance will be one of my key priorities,” she said.

Bell noted that she had worked as a television producer and has been a promoter of environmental, arts and social projects.

The Senate Committee on Foreign Relations is expected to vote on her appointment next week at the earliest. She told MTI that if confirmed, she expects to take up work in Budapest in March.