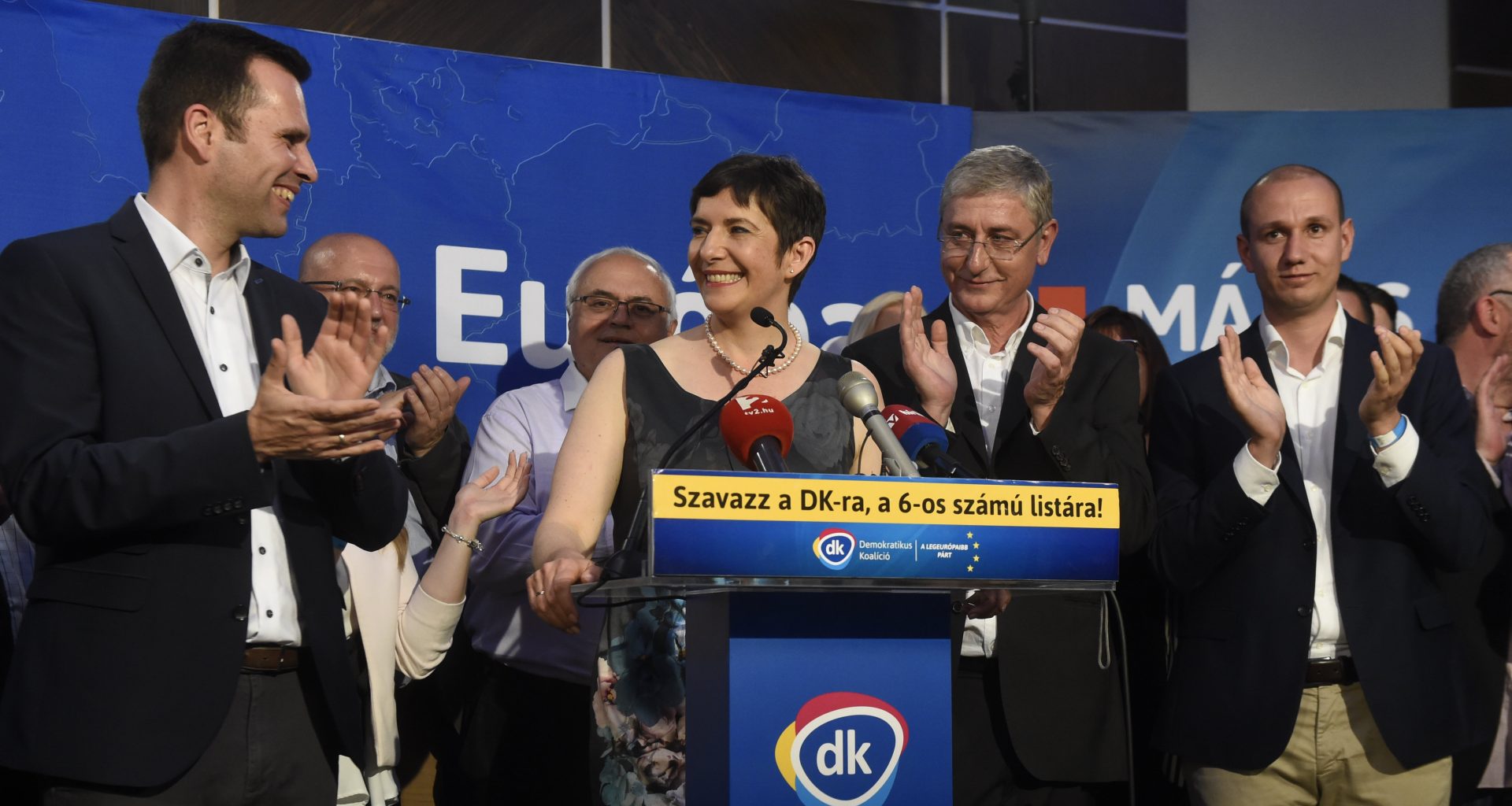 Opposition Democratic Coalition to stay with European Socialists and Democrats

The opposition Democratic Coalition (DK), which has recently won four seats in the European Parliament, will again join the Socialists and Democrats group, executive vice president of the party Csaba Molnár told a press conference on Friday.

Molnár said that his party had an alternative to join the Liberal group, but the DK board decided that their MEPs could work more effectively with the Socialists and Democrats to press for uniform minimum wages, minimum pensions and a childcare subsidy across the community, as well as to fight against climate change.

Molnár also voiced his party’s commitment to building a united states of Europe.

He also said that DK’s MEPs “would not join a group willing to greenlight (ruling) Fidesz’s remaining within the European People’s Party”.

Molnár said he would be the head of DK’s EP group, but they were “working to ensure” that the other MEPs, including Klára Dobrev who led the party’s list in the election, should be given important positions in the EP.

Answering a question about a press report suggesting plans for a merger between DK and the Socialist Party, Molnár said that “such proposal has not been raised”.

Ruling Fidesz said in reaction that DK has “reinforced its alliance with pro-migration forces and will continue to serve them in the EP, too”. Their aim is to “force Hungary to accept migrants and to give up Christian culture and national sovereignty,” the statement said.