Orbán cabinet: Talks between Hungary and the European Union are going well on the EU’s budget

Talks between Hungary and the European Union are “going well” on the EU’s budget for the 2021-2027 financial cycle but hit the buffers regarding the pandemic recovery fund, the prime minister’s chief of staff told parliament’s EU affairs committee on Tuesday.

In his annual report to parliament’s European affairs committee, Gergely Gulyás said the EC had “blown up an informal agreement” after Hungary’s parliament passed amendments to its child protection law earlier this year and it restarted the procedure on the country’s access to the EU’s Recovery and Resilience Facility, he said.

Hungary “gave the only right response to the main problem, the LGBTQ issue,” by proposing a referendum on the subject. The government hopes to seal an agreement on the matter “sooner or later”, he said.

Regarding the EU’s budget for the 2021-2027 financial cycle, Gulyás said

there was “no reason to believe the talks wouldn’t progress according to the procedure.”

The previous budget agreement took 18 months to conclude, and this year’s talks are only in their 11th month, he said. 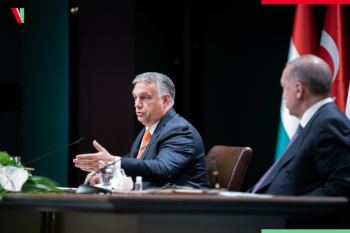