The time has come for the European Union to abolish its sanctions against Belarus, Prime Minister Viktor Orbán said in Minsk on Friday, after talks with President Aleksandr Lukashenko.

Economic cooperation between the EU and the Eurasian Economic Union is in the interest of the European community, Orbán added.

Concerning Hungary-Belarus ties, Orbán said that “the two peoples and the two countries are much closer than one might think”. 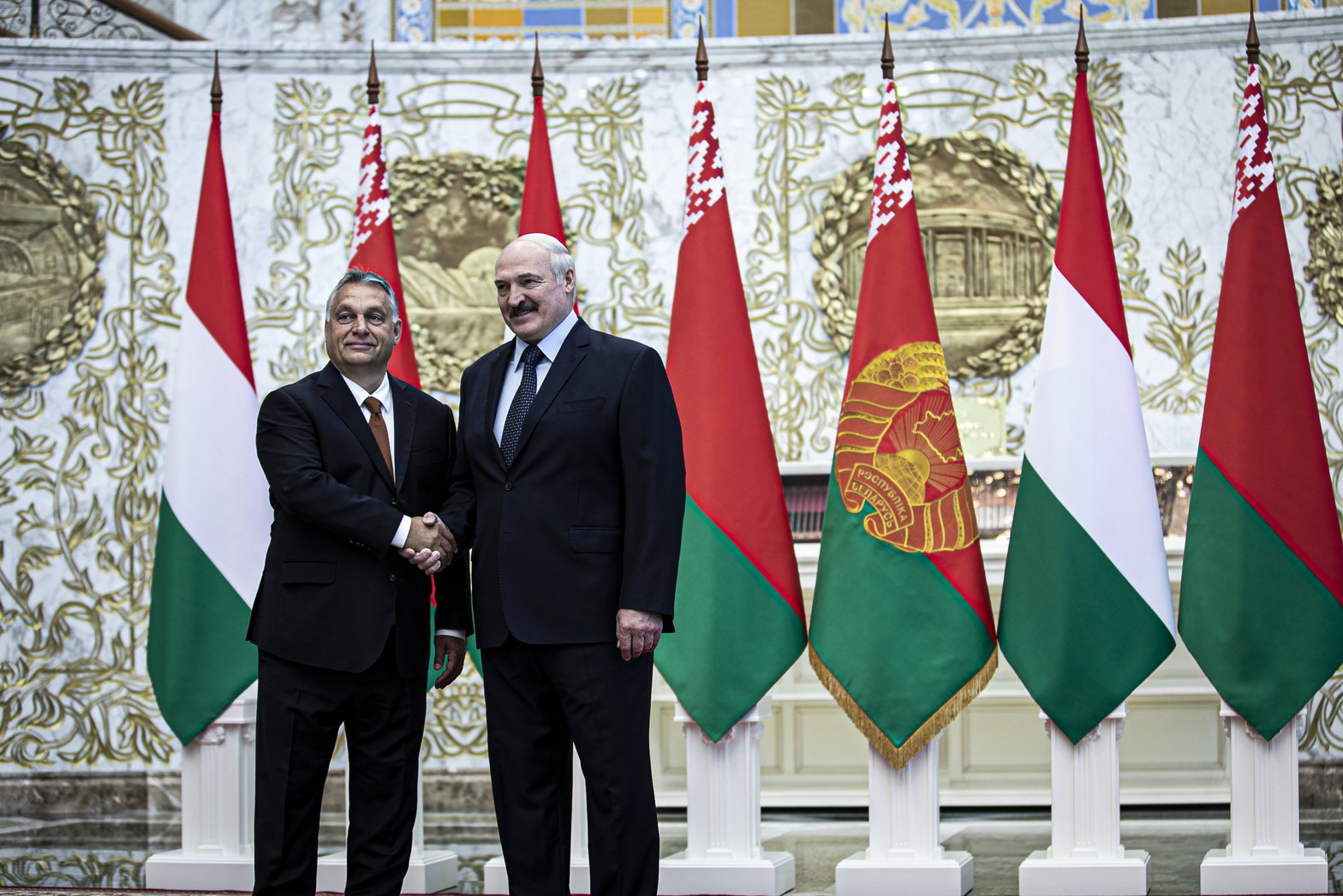 He said both countries rejected discrimination against nuclear energy, noting that Hungary was keeping an eye on a nuclear plant Belarus is building with technology similar to what is being used in the upgrade of Hungary’s Paks nuclear plant.

Orbán also said that Hungary’s Eximbank has opened a 40 million euro credit line to promote cooperation between Hungarian and Belarusian businesses. The prime minister noted that pharmaceutical products account for half of Hungary’s exports to Belarus. He added that Hungarian low-cost airline Wizz Air will soon launch a direct flight between the two countries.

Concerning the situation in Ukraine, Orbán said the so-called Minsk peace process was the only hope for resolving the conflict.

Lukashenko referred to Hungary as Belarus’s closest partner in the EU, a country which “understands us more than any other”.

He said the talks showed that cooperation between the two countries was “on an upward trend”.

Relations between Belarus and the EU have become more pragmatic in recent years, Lukashenko said, underlining Hungary’s role in the development of those ties. “We remain open to a dialogue based on mutual respect and equal rights,” he said.

As regards Belarusian-Hungarian economic ties, Lukashenko highlighted the cooperation between Belarus, Hungary and Switzerland in the production of electric trains made by Swiss rolling stock maker Stadler.

Belarus also sees potential in the joint production of buses, particularly electric ones, he added.

Concerning the use of nuclear energy, he said both countries had responded firmly to attempts to halt their peaceful nuclear projects.

Asked about bilateral economic cooperation, the two leaders were in agreement that Hungary and Belarus aim to double their trade turnover to 500 million euros. Lukashenko highlighted the construction and pharmaceutical sectors and nuclear energy as the main areas of cooperation between the two countries. Orbán said that by visiting Minsk he had wanted to make it clear that Belarus could count on Hungary when it came to important political and economic matters and to demonstrate the political support for Hungarian-Belarusian business cooperation.

Asked why “many in the western world” wanted to “force their way of handling the novel coronavirus epidemic onto others”, Orbán said: “Westerners often see themselves as representing higher level ideas than we do, but many countries don’t make it clear that ‘this is our country, our life.'”

“We’re in the era of the emancipation of the West and the East,” Orbán said. More and more states in central Europe have declared that they will put their own interests first, the prime minister said.

Concerning the response to the epidemic, Orbán said that the EU, “which devotes extremely careful attention to keeping state intervention in economic development to a minimum” was now urging its member states to spend as much as they can on growing their economies. “We don’t have to be modest, because if western European countries are going to pump as much money into their economies . as they have, then if we don’t want to fall behind and if our businesses want to remain competitive, then we, too will need to boost the capital of our own companies,” the prime minister said.

Orbán said he expected Hungary to quickly overcome the difficulties of 2020 and could then “look forward to some fantastic years”.