Orbán: Coronavirus must not be allowed to paralyse Hungary again

The government’s National Consultation survey on the first lessons learnt from the novel coronavirus epidemic showed that “Hungary must function and the virus must not be allowed to paralyse the country”, Prime Minister Viktor Orbán said on Friday.

The cabinet has a strategy for protection against the second wave of the epidemic based on the results of the National Consultation survey and the opinions of various experts, Orbán told public Kossuth radio.

The government will not impose the kind of strict restrictions experienced in the first wave of the epidemic, but at the same time it wants to protect the elderly, he said.

“The aim isn’t for everyone to stay at home and the country comes to a halt, but to protect Hungary’s ability to function,” he added.

The entire population of Hungary “passed the test well” in the first wave of the epidemic, with people “demonstrating discipline … and responsibility”, Orbán said. “I can call it national cooperation.”

He said there were several differences between the first and second waves, but one commonality was that the virus threatened the elderly the most and elderly care homes were especially vulnerable, he said.

He asked Budapest Mayor Gergely Karácsony to carry out his tasks “with due seriousness” instead of “writing politically motivated letters”. “Let’s stay away from experimenting. This is not like painting cycle lanes on roads: either they work or they don’t,” Orbán said, referring to new bicycle lanes in Budapest.

The government will introduce a series of epidemic-related measures and steps to boost economic growth in the coming weeks, he said. The operative board will meet on Saturday early morning and the economic cabinet will also meet later in the morning, he added.

Orbán said he would meet heads of government of the Visegrad Group to discuss coordination concerning the pandemic on Friday.

The prime minister said blanket restrictions in education were not planned and schools would not be closed down. Instead, attempts would be made to isolate the infected, he said, adding that individual schools would only be closed down the measure of isolating classes failed. Even then, he said, supervision of non-infected children will be provided in order to allow parents to carry on with their lives.

Orbán confirmed that elderly care homes and hospitals have been closed to visitors in order to protect the elderly and bans on visits would be enforced even by police if necessary.

He said rules on the wearing of masks may be expanded if necessary and temperature checks will be introduced at school entrances. Further, everyone will be eligible for a flu vaccination free of charge, he said, adding that he was planning to introduce centrally regulated prices for coronavirus tests in the near future.

He said the government was working on plans to create jobs and boost wages and investments, adding that he would announce measures on Facebook as soon as they are formulated.

Domestic tourism performed better this year than ever before thanks to the government’s related measures, he said, though tourism in Budapest, which relies on foreign visitors, collapsed. He said that for this reason the city’s leadership should make use of 50-60 billion forints (EUR 140-168m) out of over 100 billion forints of savings that the previous mayor, Istvan Tarlos, racked up, he added.

On the subject of border closures, the prime minister said that “Brussels bureaucrats” at first had reacted nervously to Hungary’s partial closure of its borders. But in the end, he added, they would, “as usual”, follow Hungary’s example.

Orbán insisted that central Europe would be a safe zone within an otherwise troubled Europe, and Slovaks, Czechs and Poles would be able to move about and live together.

The prime minister related how he had been in his kitchen on Thursday evening when President Donald Trump phoned him. He said they spoke at length about virus control measures, the presidential election and cooperation between the US and Hungary. Orban said Trump had a close and almost friendly relationship with the leaders of eastern European countries, adding that what the president represented “is good for central Europe”.

“It is the same for us with the German Chancellor,” he added.

The prime minister also said he was rooting for Trump in the US presidential election.

Meanwhile, Orbán said that were it not for the pandemic, Europe-China relations would be among the “top hits” of politics since, with the world in transition, “the United States is no longer sitting alone on its throne” and the geopolitical situation was now more complex. Europe, he added, did not want to be trapped between the US and China. 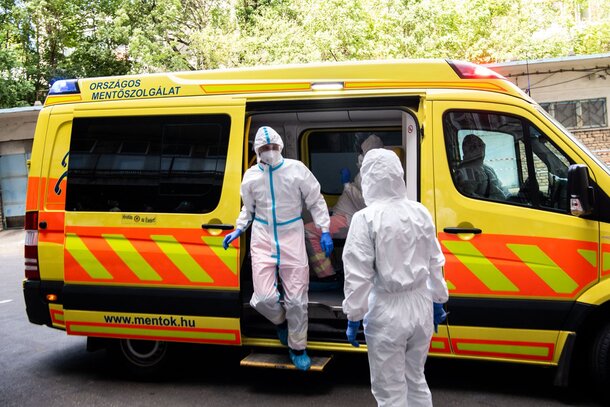 Read alsoCoronavirus in Hungary – Registered infections up a record 718!