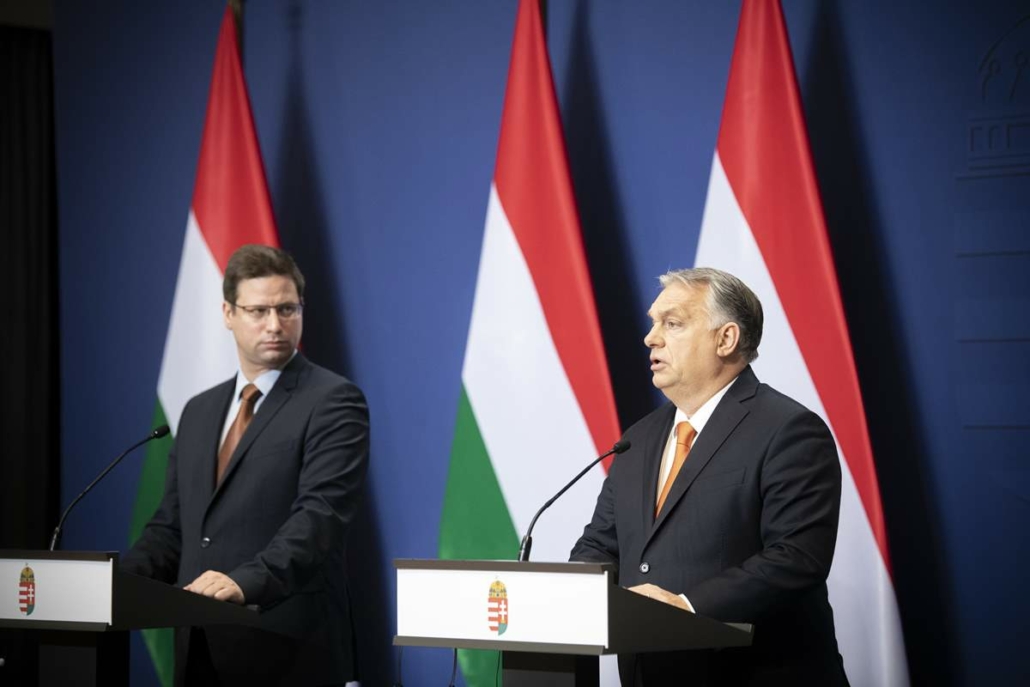 Prime Minister Viktor Orbán has said he “would like to avoid” making coronavirus vaccination mandatory in Hungary.

Speaking at an international press conference on Tuesday, Orbán said that booster jabs were crucial, adding that whereas it would be “practical to make vaccination obligatory” as it is being discussed in other countries, “it would meet even greater resistance in the Hungarian cultural environment”.

“Convincing will get you closer to people’s minds and hearts than giving orders,”

he said, adding that the government will do everything to convince residents.

Vaccination of residents to continue

Orban told an international press briefing that booster jabs and the vaccination of the 5-11 age group were in the focus of the government’s Covid response measures.

32 percent of the Hungarian population had now received a third shot, adding that the European average was 21.5 percent.

The prime minister highlighted the efforts of scientists across the world that resulted in providing vaccines against Covid. He expressed his sympathy with families in which the pandemic had claimed lives and wished a speedy recovery to those currently ill.

Orban noted that in 2021 the government had been able to turn to the use of vaccines and could abandon pandemic defence measures that were based on self-isolation. He said it had been clear to Hungary as early as the beginning of the year that only the vaccine would guarantee an effective defence against the pandemic.

“Everything else just allowed us to buy time, but victory can only be achieved with the help of the vaccine,” he said.

Orbán noted that Hungary had early on procured vaccines from multiple sources and had swiftly inoculated 5.5 million people, or 60 percent of its population against the virus.

“But we haven’t made much progress from there,”

he said, noting that a total of 6.2 million people had got the jab.

Meanwhile, he said the government had based its pandemic response and economic recovery measures on the findings of the National Consultation public surveys returned by more than 2 million people.

Orban told the last government presser of 2021 that planned economic policy measures include such “serious experiments” as giving tax exemption to people under 25. Protection against the pandemic must continue because “we cannot expect the virus to leave us” in the first part of next year, he said. Protection will be focused on vaccination, he added.

some 2.4 million doses of the Pfizer vaccine were currently available and the government ordered an additional 2 million doses for children.

Based on information issued by the European Commission at last weekend’s EU summit, according to which a new vaccine would be required for the omicron variant, the government has ordered 9.5 million doses. These are scheduled to arrive in the second half of next year and in 2023, he added. Orbán said the shipment will also include 1.5 million doses for children.

Commenting on a planned referendum on protecting children, he said there was a debate about who should control and supervise the education of children and what exclusive rights parents should have.

“We reject the EU approach in this regard,”

he said, adding that similarly to the question of immigration, Hungarians will be given a chance to express their opinion at a referendum.