Orbán: Southern border fence to be strengthened with second barrier 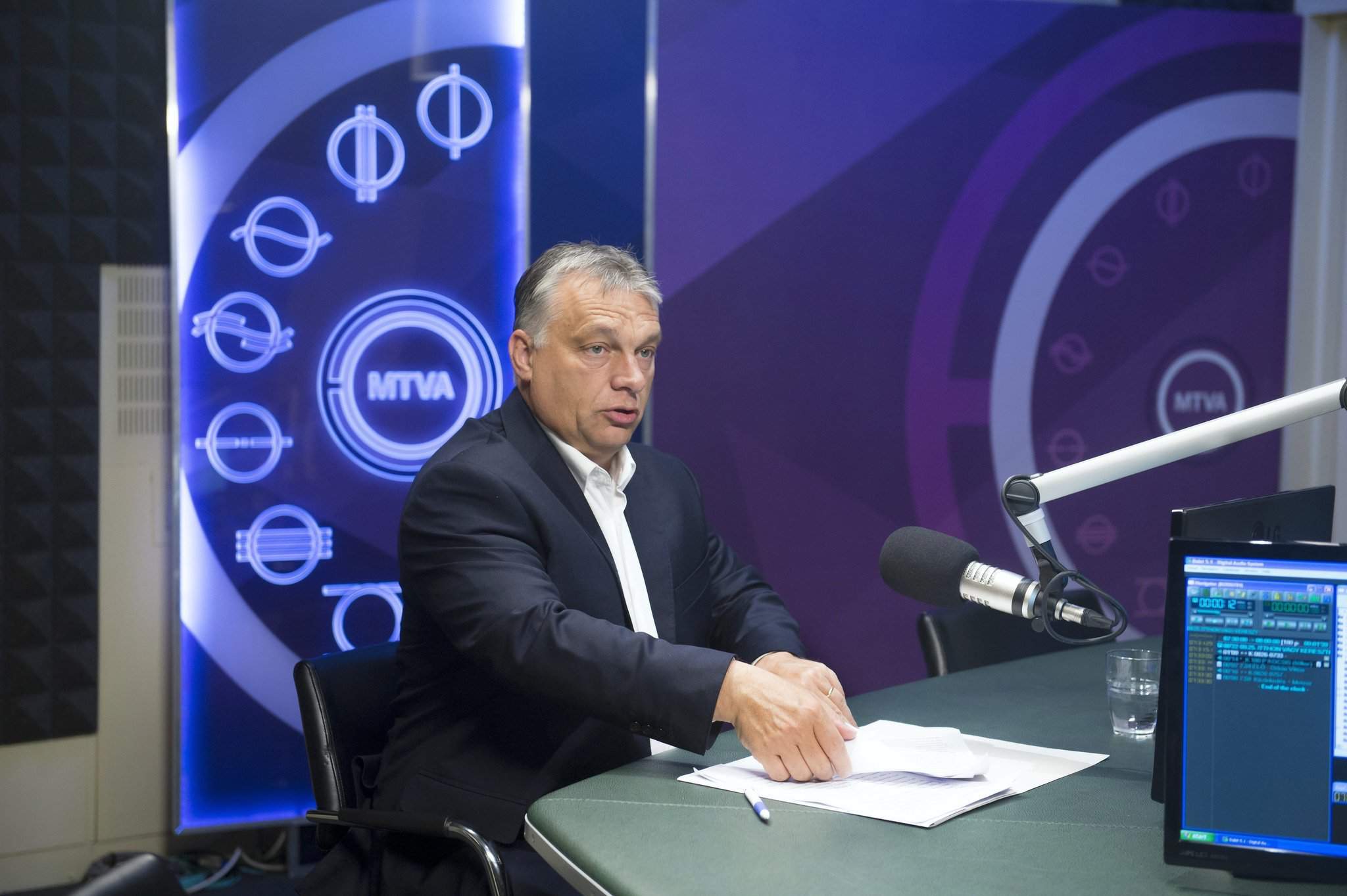 Budapest, August 26 (MTI) – Hungary’s fence on its border with Serbia will be strengthened with the instalment of a second barrier, Prime Minister Viktor Orbán said on Friday.

The new fence will be built using the latest technology, Orbán said in his regular interview to public Kossuth Radio.

He said the existing border fence needs to be supported by a “more massive” defence system, making the new barrier capable of stopping hundreds of thousands of people if needed. Technical planning is already under way for the new barrier, he said.

He noted that the government will increase police staff numbers by 3,000 at the southern border.

He said one of the problems regarding asylum procedures in Hungary is that migrants whose asylum requests are denied but who file appeals through “human rights activists funded by George Soros” have to remain in the country until their appeals are processed. At the same time these people cannot be kept in closed reception centres during their wait, he said. If they had to wait in a closed facility for their appeals to be reviewed, then there would be even a smaller group of migrants in Hungary than there are now.

Asked about the Austrian interior minister’s calls for the declaration of a state of emergency in Austria, Orbán said the country should decide instead where it wants to build a border fence. He suggested that instead of trying to secure its border with Hungary, Austria should assist the protection of the Hungarian-Serbian and Hungarian-Croatian borders. He suggested that central European countries could join forces to protect the Serbian-Macedonian and Macedonian-Greek borders, adding that with the aid of European resources, Greece’s external borders could be secured as well. Orbán said Austria today faces greater migration pressure on its border with Italy than on the one with Hungary.

The prime minister said those who say there is no link between migration and terrorism either “don’t know what they are talking about” or “are trying to deny facts for some reason”. The Hungarian government’s view is that the reason why terrorism has reared its head in Europe was because hundreds of thousands of people arrived unchecked to the continent from places where the western world is considered an enemy.

The Visegrad Four (V4) grouping of Hungary, Slovakia, Poland and the Czech Republic want to scrap the redistribution scheme but the question is whether German Chancellor Angela Merkel will be willing to side with the V4 countries on this. “On this we should see eye to eye” on Friday afternoon, Orbán said, referring to the V4 meeting in Warsaw which will be attended by Merkel. He said the outcome of talks was uncertain, adding that the various positions are not yet known.

“Even I haven’t laid all my cards on the table,” he said.

Asked what the implications of a victory for the “no” side would be in the Oct. 2 referendum on migrant quotas, Orbán said such a result would mean that there is a nation in Europe making it clear that it does not accept the decision of Brussels bureaucrats. “So this will not be a bargaining position but rather a final, strong Hungarian stance,” the prime minister said. He said such a result could get other countries to support Hungary’s position, too.

In the referendum Hungarians will be asked: “Do you want to allow the European Union to mandate the resettlement of non-Hungarian citizens to Hungary without the approval of parliament?”

Regarding Turkey, Orbán said Hungary’s interest lies in a stable Turkish government with a predictable foreign policy and Recep Tayyip Erdogan in a stable presidency. If Turkey weakens then there would not be a single stable country in its region for Europe to negotiate with, he said.