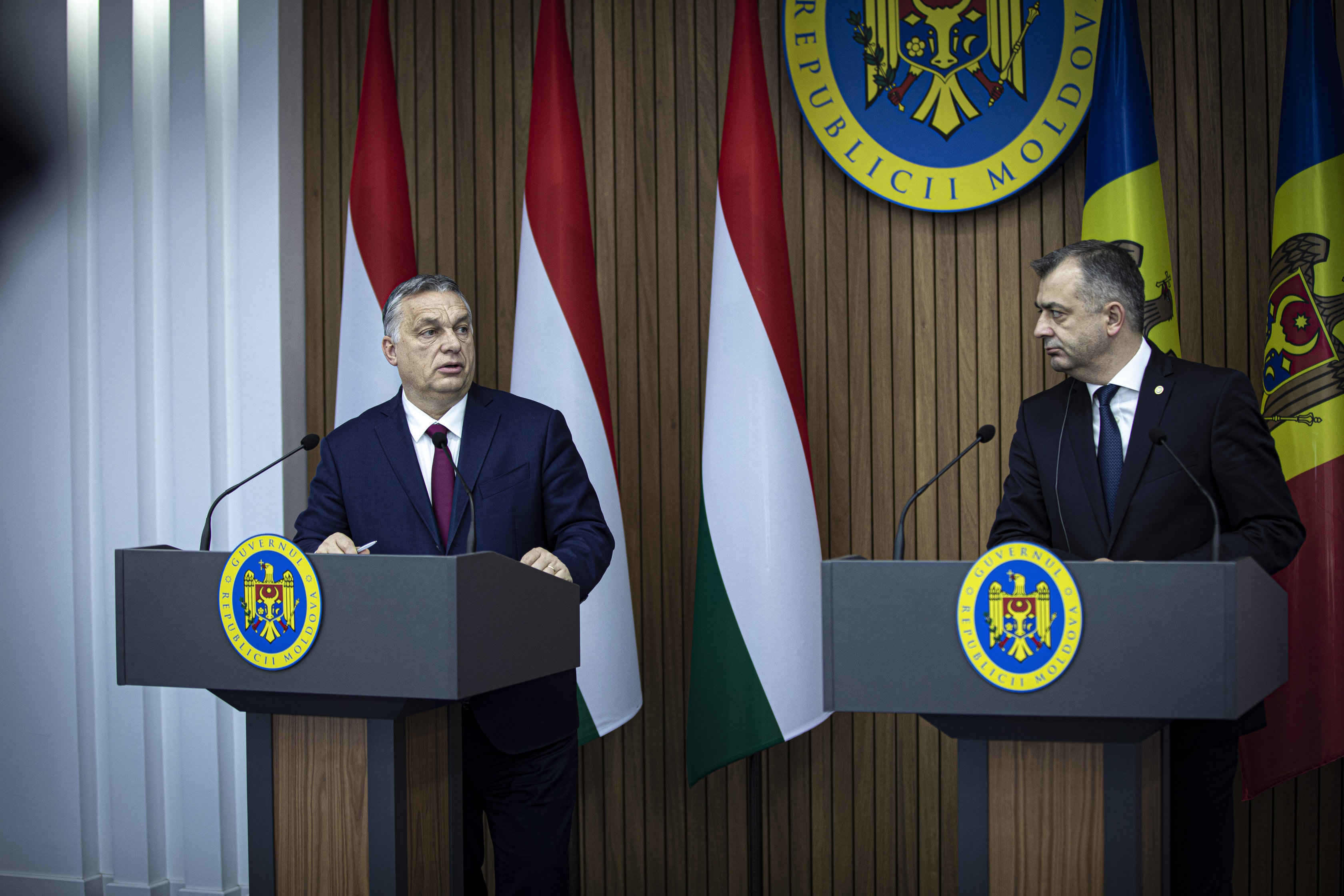 The European Union has a vested interest in forming strategic partnerships with its eastern neighbours like Moldova and in being open to their accession to the bloc and pursuing economic cooperation with them, Prime Minister Viktor Orbán said after talks with his Moldovan counterpart in Chisinau on Thursday.

Chicu said Orbán’s visit to the Moldovan capital would give a new boost to the development of the two countries’ partnership.

Ahead of the press conference, the two leaders signed a bilateral strategic partnership agreement.

“Our political relations have never been as good as they are now,” Péter Szijjártó told the opening of a business forum.

Though bilateral trade turnover rose to 120 million dollars last year, “it is also true that we had reason to expect more, since this figure is far from the ultimate potential of our cooperation,” Szijjártó said.

Szijjártó underlined the importance of the role of “flagship projects” in bilateral cooperation. “We need corporations to spearhead cooperation and allow for smaller businesses to create their own opportunities for cooperation,” he said.

Szijjártó said Hungarian bank OTP had grown to become the number one player on Moldova’s financial market, allowing it to create the conditions for Hungarian businesses to operate securely in the country. Drugmaker Richter is also an important player in Moldova, he said, adding that this indicated a high demand for high-tech products in the country.

Hungary and Moldova have convened a meeting of their economic mixed committee for May in order to resolve any outstanding regulatory or political issues, he added.

The minister said Hungary had always pursued a balanced economic policy since launching its strategy of opening to the East ten years ago.

“We as a central European country are absolutely convinced that the East and the West must strive for cooperation,” Szijjártó said. “A pragmatic dialogue is needed between the East and the West and we believe Moldova can act as a bridge, not just politically, but also in an economic sense in this regard.”