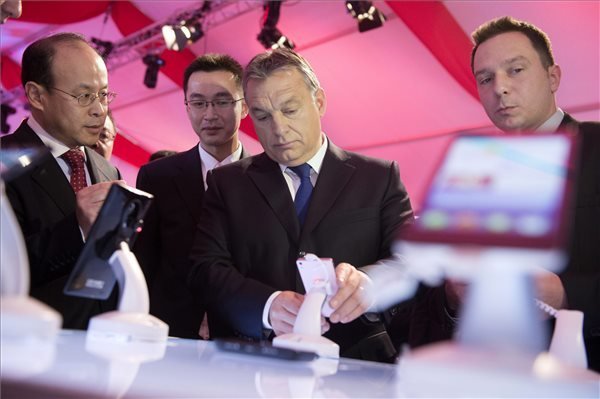 Budapest, (MTI) – Hungarian Prime Minister Viktor Orban on Tuesday said that doing business with China was a precondition for recovery after the global economic crisis.

“It is only those do no business with China and Chinese companies that keep their eyes shut,” Orban said at the inauguration of a regional logistics base of Huawei Technologies at Biatorbagy near Budapest on Tuesday.  “Only countries that are open to China and the areas where Chinese companies are present will be able to cope and become winners in a post-crisis world.”

He said he appreciated long-term economic and cultural cooperation between central Europe and China. Referring to the strategy of opening up to the East, Orban said that there have been winds of change in Hungary and its economic policy. Orban said that those who invest in Hungary can build on solid foundations. The 30,000-square-metre logistics centre will handle shipments from 3,000 lorries a month.

By 2015, Huawei will expand the range of products it assembles in Hungary to include its entire product portfolio, Huawei said earlier. As a result of the bigger project range, the number of people employed directly and indirectly by Huawei in Hungary will double to 3,000.