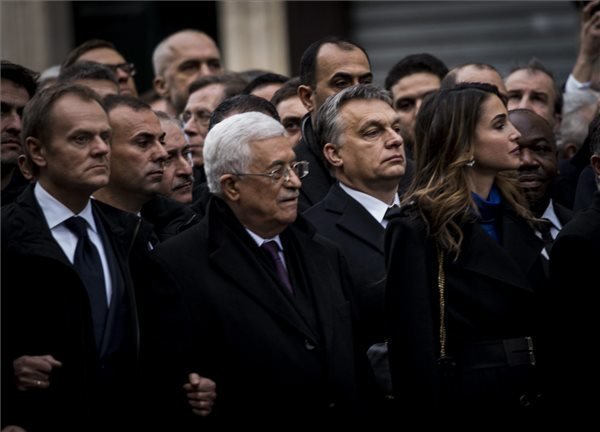 Orban told public television M1 in Paris after attending an anti-terrorism rally that it is now necessary to talk about immigration and related cultural issues more openly, sincerely and in a straight forward manner. He expressed hope that a composed and calm analysis of recent events will point European leaders and Brussels in the direction of introducing strict policies that restrict immigration in Europe.

“Economic migration is a bad thing in Europe and one should not consider it useful because it will only bring trouble and danger to European people, so immigration must be stopped, this is the Hungarian position,” he said.

Those that leave their countries for political reasons, to save their lives, “should be given what’s due, that is shelter” but Hungary cannot give such refuge to economic migrants, he added.

Orban said that compared to other European countries, there are few “people with cultural backgrounds different from ours” in Hungary and these few have mostly fit in well, providing for their own well-being, willing to work, with skills and a desire to find their place in Hungarian society. There is no problem with the minorities that currently live with us and their numbers are not growing at a rate that would “give us a headache,” Orban said.

“At the same time, it must be made clear that we will not allow, at least as long as I am the prime minister and this government is in power … Hungary to become the target of immigrants,” he said.

“We do not want a significant minority with different cultural characteristics and backgrounds living among us, we would like Hungary to stay as Hungary is,” he added.

Commenting on the memorial event held in Paris he said he raised his hat to the French’s democratic instinct. France is famous for the harshest political debates between opponents, yet when there is trouble, there is national unity and unconditional solidarity. They come together, stand up to demonstrate power and protect French democracy, he added.