On November 10, the Pest county court wanted to continue the trial in the 2019 Danube boat tragedy. However, the judge could not question the South Korean survivors because they did not understand what the interpreter said.

The Public Prosecutor’s did not violate EU law when he declared unlawful a Budapest judge’s decision to suspend a criminal case pending a decision from the Court of Justice of the European Union, the public prosecutor’s office said on Wednesday. The statement came in reaction to a ruling of the CJEU on Tuesday, which said the right of European Union member states to turn to the CJEU enjoys primacy, so the courts are within their rights to ignore all decisions prohibiting them to seek guidance from the CJEU.

In its statement, the prosecutor’s office said the prosecutor’s decision pertained to the fact that the judge had suspended the Hungarian criminal court procedure rather than to the judge’s request to the CJEU. Whereas the Kúria, Hungary’s supreme court, also initiated disciplinary proceedings against the judge who referred the case to the CJEU, it later retracted them, it added.
The CJEU’s decision concluded a 2015 case in which a Budapest court turned to the international court concerning whether Hungarian practices on interpretation and translation in legal matters complied with EU regulations. In the original case, a Swedish national was charged with use of illegal firearms.

The quality of the Swedish-Hungarian language interpretation at the court was questioned,

throwing doubt over whether the accused’s right to interpretation and information were fulfilled.
A Hungarian woman gave 4-10 EUR per month to a starving Congolese man: now he has a store chain!
In its ruling, the CJEU said that under the Treaty of the European Union, it was unlawful for national supreme courts to declare “that a request for a preliminary ruling submitted by a lower court is unlawful … on the ground that the questions referred are not relevant and necessary for the resolution of the dispute in the main proceedings,” as that decision is the competence of the CJEU alone.
“In such circumstances, the principle of

the primacy of EU law requires the lower court to disregard the decision of the supreme court of the Member State concerned,”

the ruling said.
The CJEU also declared the disciplinary procedure against the Hungarian judge in question unlawful. “Such proceedings are liable to deter all national courts from making references for a preliminary ruling, which could jeopardise the uniform application of EU law,” the ruling said. 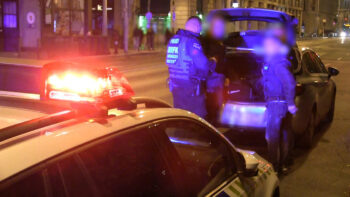