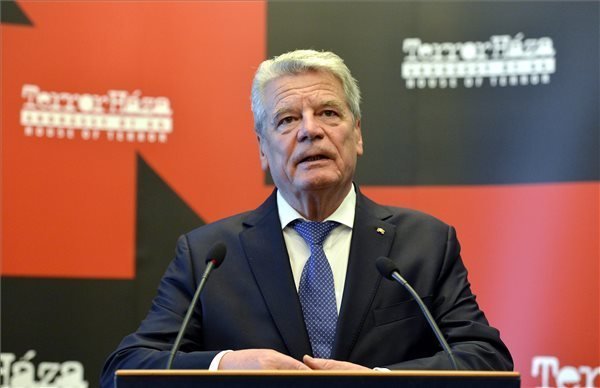 Budapest, June 16 (MTI) – Revealing the past is a common task for countries which suffered from Communist dictatorships, German President Joachim Gauck said in Budapest’s House of Terror Museum on Monday.

Gauck, who visited Hungary to attend commemorations of the 25th anniversary of the reburial of martyred PM Imre Nagy, called for vigilance in protection of democracy, as well as for efforts to fight any form of terror.

Hungarian President Janos Ader thanked his counterpart for Germany’s participation in a deal under which the two countries will set up a database of all Hungarian and German victims of the Communist regimes.

House of Terror Museum director Maria Schmidt said that the database project would be aimed at collecting all the names of people that lost their lives or were persecuted in the past.

Schmidt said that the agreement was signed by the Gedenkstatte Berlin-Hohenschoenhausen and Hungary’s Foundation for Research into Central and Eastern European History and Society. She added that the initiative could be joined by further countries.