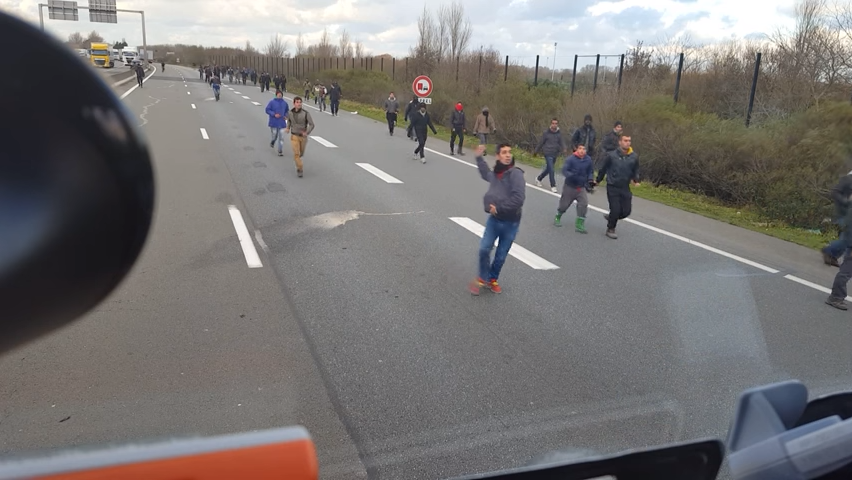 According to index.hu, rocks and pieces of concrete were thrown at the minibus transporting the team of the Kandó Kálmán Vocational High School of Kecskemét in Calais. The Hungarian Embassy offered its help to the passengers. The teachers and the head master will decide whether or not to report the case.

The driver told the Hungarian Ministry of Foreign Affairs that, when they left the freeway and started towards the ferry dock of Calais, he noticed a concrete obstacle in the middle of the road. Then, 8-10 men started running towards them, while throwing rocks at the minibus. The rear window of the car was broken, but nobody got injured. When they reached the ferry, they informed the border guards about the case.

The team was on its way to London to participate in a vocational competition. They’d rather choose a different route on the way back home.

The illegal tent camp where thousands of immigrants gathered and waited to somehow get to England was in Calais. The jungle was eliminated last October, but several immigrants stayed in the neighbourhood and are still waiting for truck drivers willing to smuggle them to England.

Team leader Károly Mészáros also told M1 newscast that the men probably wanted to stop them for a similar reason.

MTI – Hungarian foreign minister asked about press reports regarding a migrant “attack” on a vehicle carrying Hungarian students at Calais in France, he called such incidents unacceptable, adding that all this demonstrated the deterioration of Europe’s security situation. He said Hungary’s diplomatic mission had been asked to take steps to help the group if need be.