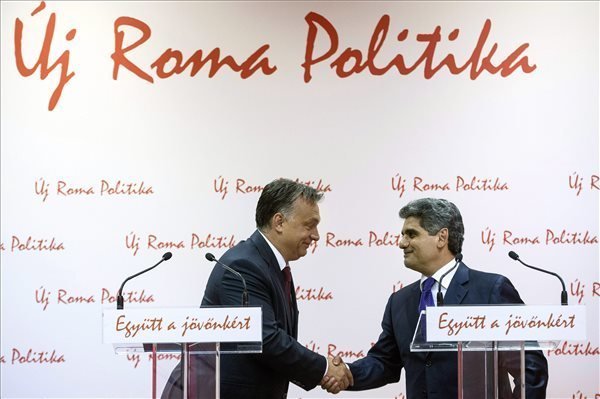 Referring to information from the Roma self government, Hadházy insisted that the foundation was informally controlled by Farkas, and demanded an investigation into the utilisation of a 10 million forint (EUR 32,200) grant the foundation received from the human resources ministry to set up a “network of mentors” earlier this year.

“You cannot set up such a network out of 10 million forints. However, you could give splendid sums to a few faithful who will vote in the Roma government on your instructions,” Hadházy said.

Hadhazy noted that the foundation had handled 500 million forints in European Union funds in 2014, out of which 200 million was spent on “personal payments”. The next year, the foundation paid 52 million forints to a private company to organise 12 day-long programmes for families, and spent another 46 million on its headquarters in Budapest, a property in “remarkably good condition”, Hadházy said.

In May, a deputy of the Roma self government suggested that the organisation was still informally run by Farkas, its former leader, and said that members of the incumbent leadership accept bribes from Farkas and follow his instructions. Another deputy said that the training foundation and another association aimed at promoting Roma employment were also under Farkas’s control, and demanded that the government should stop financing those organisations since “it is obvious that those funds will disappear”.