Without rebuilt relations on such terms an improvement in European competitiveness is barely conceivable, Szijjártó told a press conference. Russian natural resources coupled with Europe’s highly-developed technologies are needed to strengthen the European economy, he said.

Hungary and Russia both have an interest in slowing down and eventually stopping the decline in their bilateral trade, before putting their economic and trade relations on a growth path, Szijjarto added. Bilateral trade volume declined by 47 percent last year, and by 25 percent so far in 2016, Szijjártó said, noting that Hungarian companies had lost exports of 4.5 billion dollars.

To boost regional cooperation, Hungary will next week sign an economic cooperation agreement with yet another Russian county, Szijjártó said. He revealed that a Hungarian meat plant will soon open near Moscow, while other new investments will include a feed factory and a production expansion at drugmaker Richter in Russia. Szijjártó also revealed that a Hungarian company could participate in the construction of a stadium for when Russia hosts the 2018 FIFA World Cup.

On the topic of energy security, Szijjártó emphasised the importance of Russia’s role in Hungary and central Europe’s energy diversity. The minister noted that earlier this year, Hungarian Prime Minister Viktor Orbán and Russian President Vladimir Putin had agreed to extend long-term Russia-Hungary gas supply contracts to the end of 2019. Szijjarto said the extension was necessary because Romania and Croatia had failed to do their part in ensuring reverse gas flows between themselves and Hungary.

Regarding the Ukraine conflict, Szijjártó said Hungary wants to see all parties involved keeping to the Minsk ceasefire agreement. He said decisions about the EU sanctions against Russia cannot be “automatic” but should rather be made “at the highest level” involving the leaders of all member states.

He said “no one needs to be worried” about Lavrov’s visit, “least of all our allies”, as Hungary is not concerned either when other European countries hold talks with Russia.

Sergei Lavrov, his Russian counterpart, said Hungary is an important partner for Russia and their cooperation was pragmatic and offered good opportunities. He agreed that a decline in bilateral trade must be stopped. Moscow regards the Paks 2 nuclear upgrade project as a long-term strategic investment, he said.

Asked about EU sanctions, Lavrov told the press conference that Russia planned its economic policies with the embargo in mind.

“We can only depend on our own strengths,” he said.

He noted that EU High Representative for Foreign Affairs and Security Policy Federica Mogherini recently tied the restoration of a strategic partnership between Russia and the EU to the implementation of the Minsk Agreement. Lavrov argued, however, that it is not just Russia but also Ukraine that must adhere to the agreement, meaning that a strategic partnership between the EU and Russia will depend on Kiev. But the restoration of EU-Russia ties is not in Kiev’s interest, he said. 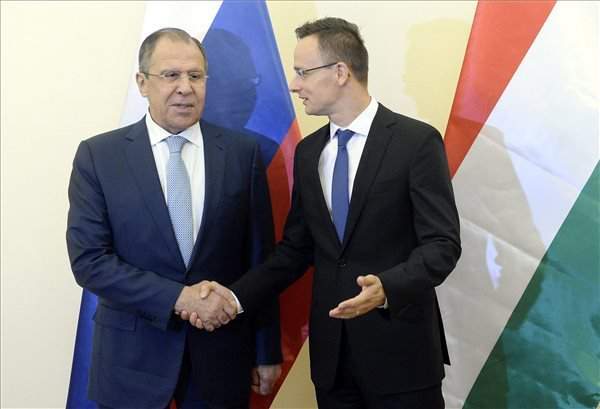 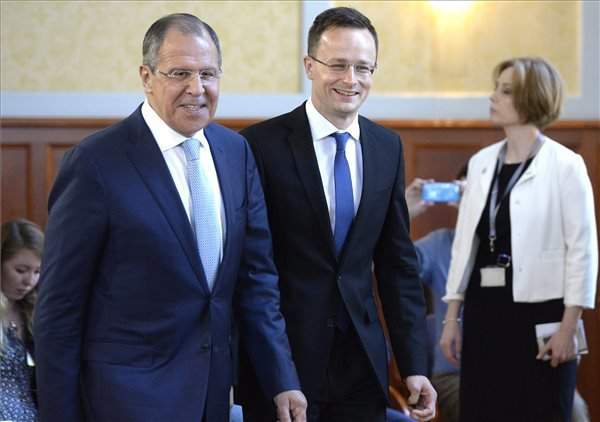 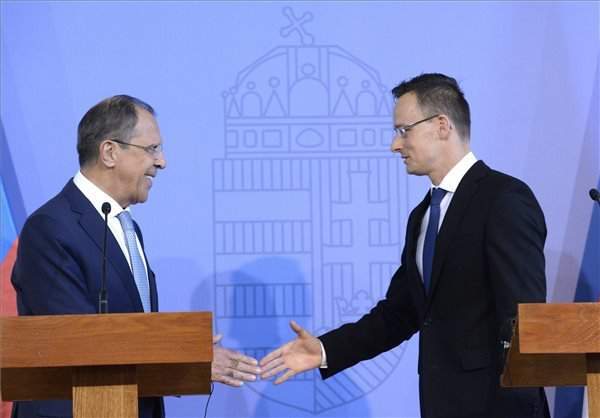 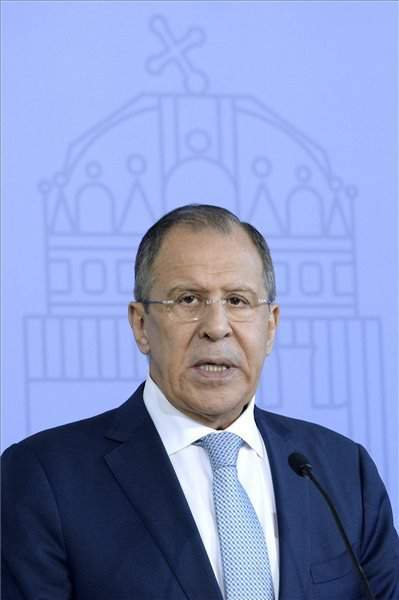 The Jobbik party welcomed the bilateral talks and expressed hope that the meeting would help further strengthen Hungarian-Russian relations and boost economic, trade and energy cooperation.

Green opposition LMP criticised the meeting for being a “missed opportunity” for the Hungarian government to withdraw from the Paks upgrade project which the party said would push Hungary into a “debt trap” for decades to come.

The Liberal Party (MLP) criticised the talks for being “disappointing,” saying that the Hungarian side had failed to clearly declare its commitment to the western community on the issue of EU sanctions against Russia and concerning the Russian-Ukrainian conflict.