This weekend was relatively calm up until an apartment building in Kőbánya, district X of Budapest, went up in flames. The Hungarian Disaster Management sent out several firefighters and specialised rescue units to be able to extinguish the fire.

Origo wrote that the fourth floor of a four-storey apartment building went up in flames and several people were endangered on the roof, immediately above the fire. The incident happened on Saturday night and, according to the report of RTL Híradó, the people were having a party on the roof terrace of the building when the fire started.

According to the owner of the apartment, they were celebrating his daughter’s birthday on the roof with a few friends and family members. The owner said that they smelled smoke. He proceeded to go down to check on the apartment when he found that the bedroom of the apartment was on fire.

The owner told RTL Híradó that the fire got more violent when he opened the door, but he was able to put out the fire with a fire extinguisher. Unfortunately, he soon proceeded to open the balcony window and the fire got enough oxygen from the draft that it was revived and started to spread again. The owner then fled to the roof and waited for the firefighters to arrive.

A total of 11 people were cornered on the roof and needed saving. The heroic firefighters managed to escort three people out of the building through the staircase using the additional masks which are part of the firefighters’ carried equipment.

Hvg said that as the Disaster Management arrived at the scene with several units as well as two specialised firetrucks – one equipped with a ladder and another with a basket –, they were able to quickly rescue the other eight people on the roof. While some units were focused on saving the people from the roof, other units of firefighters managed to keep the flames under control and eventually extinguish them with two waterjets.

There were a total of 54 people in the apartment building, but thanks to the heroic bravery and rapid response of the firefighter teams, everyone got out in time. The ambulance took twelve people to the hospital with smoke inhalation.

The owner said that the apartment was just renovated a few days ago and now they have lost everything. The report said that the damage is approximate HUF 10,000,000 (€27,777). The fire brigade suspects that the cause of the fire was an electrical short circuit, but they did not confirm that yet. 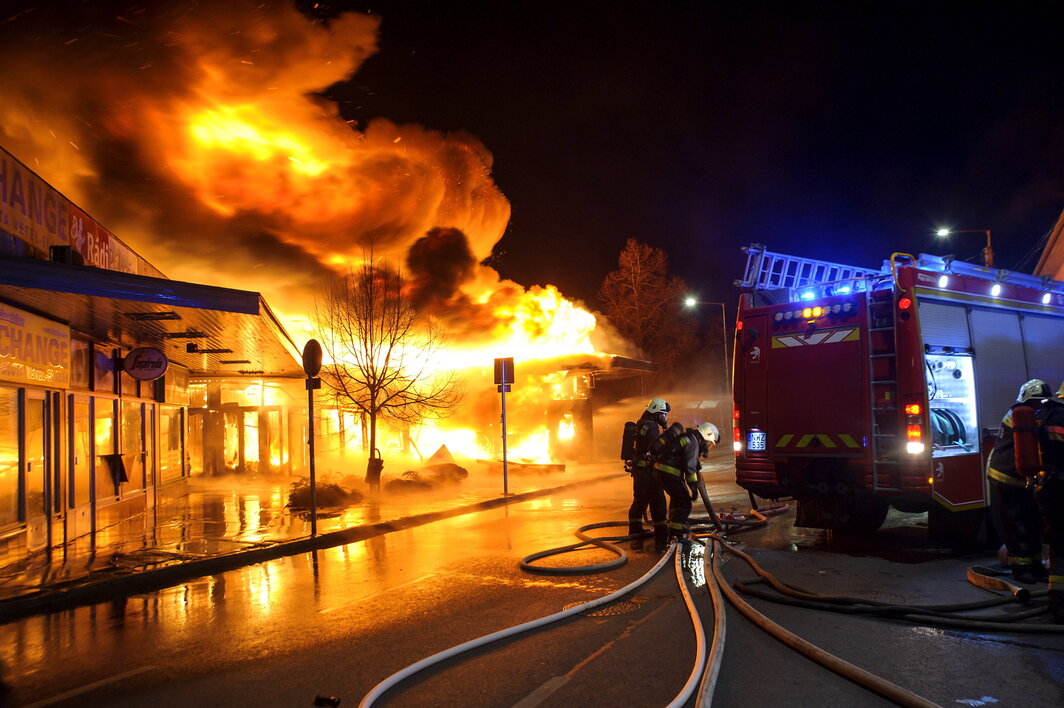