Socialist PM candidate says action must be taken against inequality

Szolnok MTI) – The opposition Socialist Party’s candidate for prime minister, László Botka, at a campaign event on Thursday called for “justice to be done” to redress inequalities in Hungary that give rise to poverty.

Speaking to over 200 people in the central Hungarian town of Szolnok, Botka, who is currently the mayor of Szeged, said that the ruling Fidesz party “is not strong but strong-arms” people and it would continue to do so “while it feels we are cowards”.

He slammed the government for spending several tens of billions of forints “from our taxes” on its “Hungary is performing better” advertisement campaign, which he said was in any case untrue. 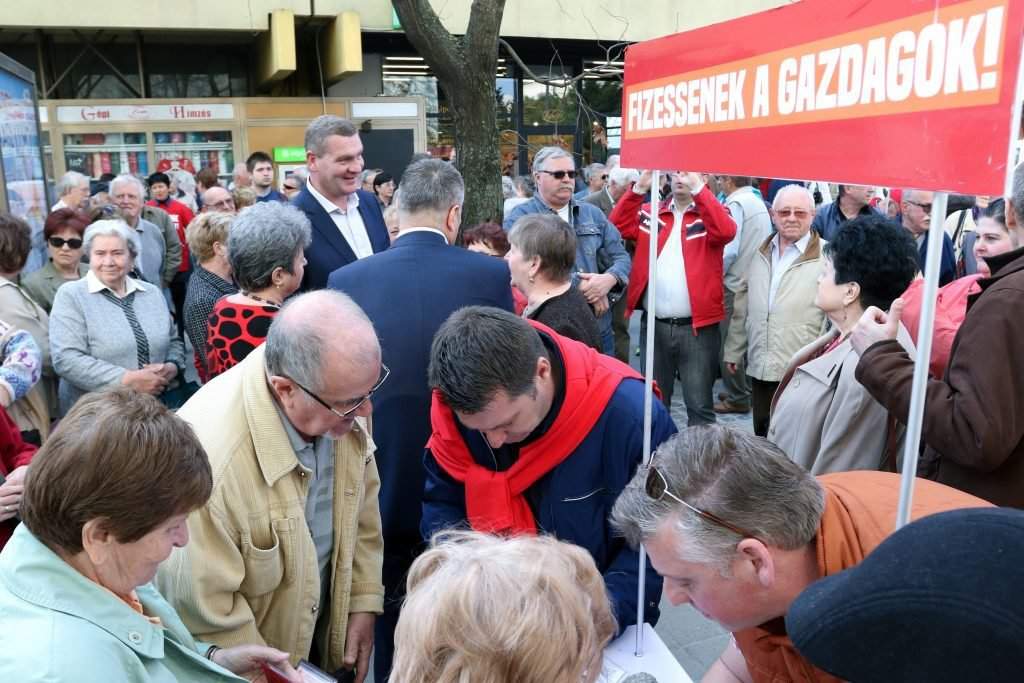