Take a trip around Budapest! 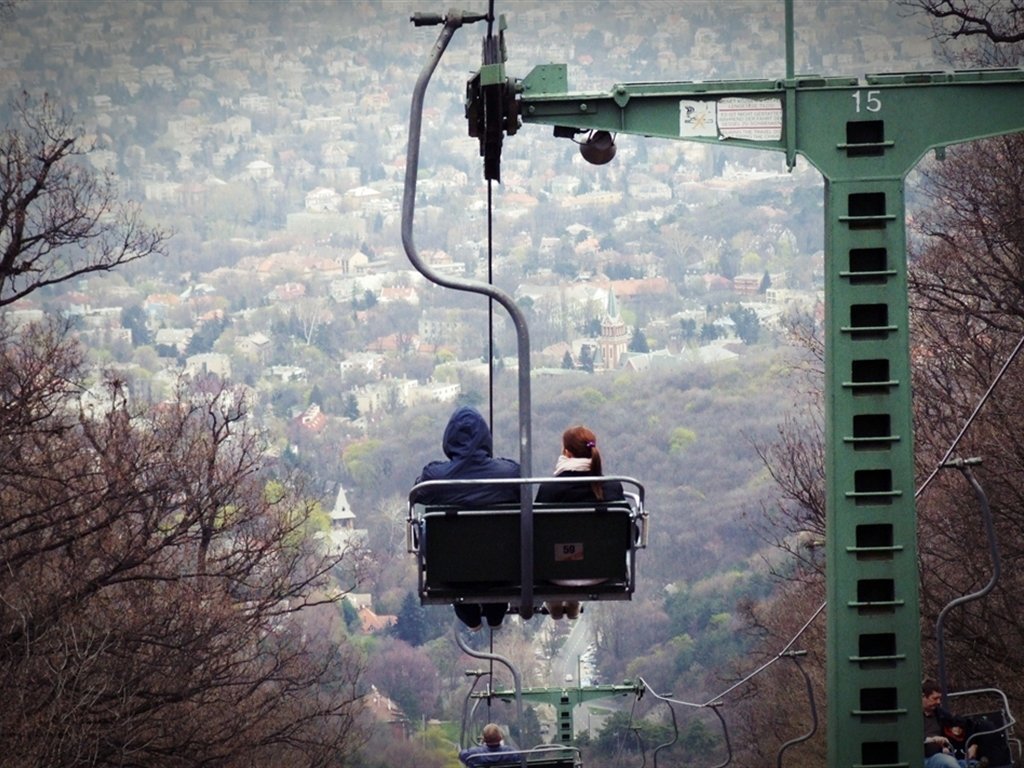 Zugliget Chairlift in the late winter

Although the weather is getting colder and colder, there are many places around Budapest that you can still visit even when the temperature drops. WeLoveBudapest.com collected a couple.

The Zugliget Chairlift can be found on János Hill, the highest point of Budapest. It takes 12 minutes to get up to the hill from the main terminal. Once you’re at the top of the dome shaped hill (528 m), you can pay a visit to the Elizabeth Lookout Tower, which is 23.5 m high, and was built in a neo Romanesque style, with 100 stairs leading to the top. The lookout was named after Empress Elisabeth, wife of Emperor Franz Joseph I. Elizabeth loved the city and visited János hill in 1882.

The peak of the Three Border Mountain is at the border of District II and District III. You can visit the Oroszlán szikla (Lion Rock) on Kecske Hill (384 m), by walking through a lovely forest path,  or you can go up to the Látó Hill (376 m), where you can find the  Árpád Lookout Tower.

Anna Field, one of the most popular places for hikers, is situated between Normafa and Zugliget Chairlift. It’s 500 m from Normafa, and 1000-1200 m from the Chairlift’s upper station. With a short walk you can also reach the Tündér-szikla.  Fun fact: 30-40 m from the North-Eastern corner of Anna Field is the Szarvas-kút (Deer Well); legend has it that king Matthias’ deers regularly visited the place to drink from the water.

You can travel to Szentendre by car, by bicycle, by ship, or using HÉV. It’s easy to get lost in the city’s crooked streets and between the small houses. The Szentendre Island is not far, but the Szentendre Skanzen Village Museum is worth a visit as well. For a serious trip (either by foot or by bicycle) Pilis is an excellent destination!

Zebegény is situated in the Danube Bend, and it takes one hour to get there from Budapest by train. The blue forest path leads to Nagymaros, touching upon the Julianus Lookout Tower; you can visit the Mókus (Squirrel) pub, or its rocker counterpart, Kulacs (Water-bottle). For a real gourmet experience you can visit NaturaHill; but if you only want a good night’s sleep then the Dunakanyar Ház is perfect for you.

Nagy-Hárs-hegy is part of the Buda Hills and it is 450 m high. The Gyermekvasút (Children’s Railway or Line 7) lies under the mountain and all you have to do is to climb up there. The view is excellent from the Kaán Károly Lookout Tower. There are no proper roads there, so apart from the Gyermekvasút, you have to walk the whole way.

Visegrád can be reached from Szentendre or by car, both routes are equally fascinating. It’s one of Hungary’s smallest, but oldest cities, with the Salamon Tower and the Visegrád Royal Palace; it was the base of Charles I of Hungary.

Dobogókő is the highest point of the Visegrád Mountains, and taking one of the several forest paths, it is a great pleasure to walk around Dobogókő.  From the top, the Danube Bend, and even the High Tatras are visible if the weather is clear. According to esotericism Dobogókő is the “heart chakra of the Earth”, so lots of people are going there to meditate and find their inner peace.

Gödöllő is easy to reach: take the H8 HÉV from Örs Vezér Square and you’ll be there in no time. Once you’re there, you can take a good look at the Gödöllő Palace, or the Gödöllői Városi Múzeum (Gödőllő City Museum), and Gödöllői Arborétum (Gödőllő Arboretum).

based on an article of welovebudapest.com
translated by Adrienn Sain