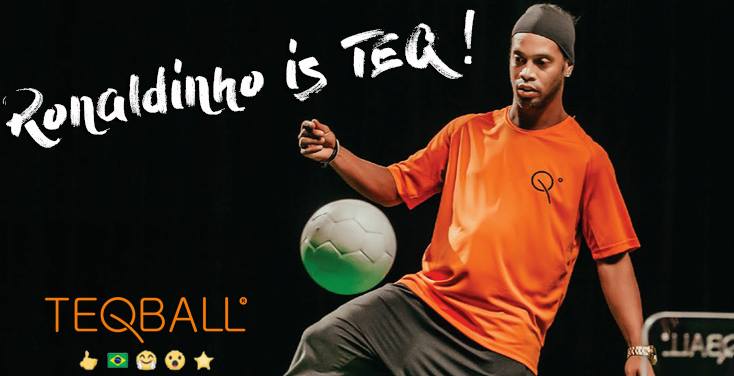 Hungarian sport-invention Teqball has a very good chance to become one of the most popular sports in the world and also a game at Olympics in 2024. Viktor Huszár and Gábor Borsányi inventors have recently met György Gattyán Hungarian billionaire and investor at the White House.

FITEQ (Fédération Internationale de Teqball) is planning on a Teqball contest in the Hungarian capital city, Budapest. In this year, the Brazilian football legend Ronaldinho will visit Hungary, too, being the sportsman-promoter of the brand new Hungarian ballgame. Vg.hu has also mentioned that the inventors and an investor were in USA White House, but it is unknown why exactly they visited it.

The truth is, we do not pay extremely high amounts to Ronaldinho, he is simply a big believer of the sport and he loves doing it.

Said Viktor Huszár, Vice President of FITEQ. Thanks to Ronaldinho’s, who has been popularised the game in Hungary before, Messi and Neymar have already bought Teqballs to themselves. Furthermore, Huszár said that they plan to send Paris Saint-Germain’s coach a Teqball table as a gift. “It is also among our plans – said Huszár – that the son of Donald Trump will receive a gift table, since he is a big-big fan of Football (Soccer)”. They also saw a football goal in the White House garden that belongs to the football-lover younger Trump, so Ronaldinho has instantly suggested to send one to him.

According to Huszár, this kind of attitude from Ronaldinho was present right from the beggining, this is how they knew that the Brazilian star was the perfect, most authentic representative of the Hungarian invention. He also added that based on their mutual agreement, wherever a Teqball-cup takes place, Ronnie is going to participate in them.

A little representation about the game:

György Gattyán is a Hungarian businessman (owner of Docler Holding), who was the third richest Hungarian in 2018. He is now Teqball’s stratetic leader and investor. He has posted on Instagram about how well they felt in Washington, along with the Teqball president, vice president and their wives.

The three businessmen participated in Washington’s National Prayer Breakfast, where they met diplomats, sport presidents and senators. The goal was to make the new sport more and more popular oversees andd make Teqball also more attractive in the financial point of view.

Let’s all hope that Teqball is going to be remembered as a beautiful and smart ballgame that was invented and made big by Hungarians.