Zsófi Könczöl, the author of the project, was in Uganda at the end of 2018. The pilot project in Uganda has proved to be a great success, and the experience shows that there is a strong need for continuation. The story is brought to you by GLOBS Magazine.

In one month, 19 adult women from the local community and 15 teenage girls attended AHU’s training in the small village of Uganda, Manafwa. The ambitious goal of the training was to at least introduce the way of self-improvement and seal-instruction for women. Although there was great hope in need of such a cooperation, the members of the mission were surprised by the enthusiasm they had received. According to the original plans, training days would have taken place between 9 AM and 4 PM. However, the training timing were quickly adapted to sunrise and sunset.

“Students”, many of whom could never go to school in their lives, spent the whole day on the spot.

Participants learned two new skills, namely the making of the traditional Ugandan paper bracelet and the basics of sewing. At the end of the mission, AHU bought two mechanical sewing machines and left it to the locals in order to continue learning on them, and later to use these machines for earning money. 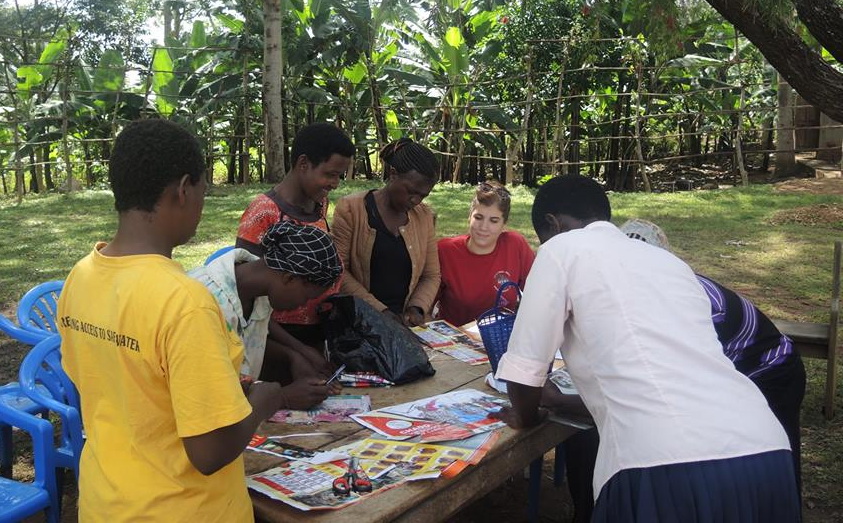 Hygiene, health and family planning are also important topics and elements of the project. The goal is for women who are the central figures of the family to become more conscious, self-sufficient, and better equipped for daily care and menstruation. To do this, they learned to make hand-sewn underwear and washable sanitary pads. In the course of the enlightening conversations, they learned that they can gain more control over their own body and the chance for pregnancy by monitoring the monthly cycle and using the calendar contraception method.

The mission ended with a huge Christmas party. Since it became evident that the community in Manafwa appreciated by heart the presence of the members of the mission, AHU is ready to continue the program.

At the end of February Zsófi Könczöl returned to Manafwa with a broadened version of the project. The women who participated in the training last December are moving forward to intermediate level of sewing. They are learning how to make simple clothes, dresses and reusable shopping bags, partly for themselves and for their families. At the same time, they get the chance to earn some income from future customers. As for the basics of sewing washable pads and underwears, a new group of women is involved in the program. 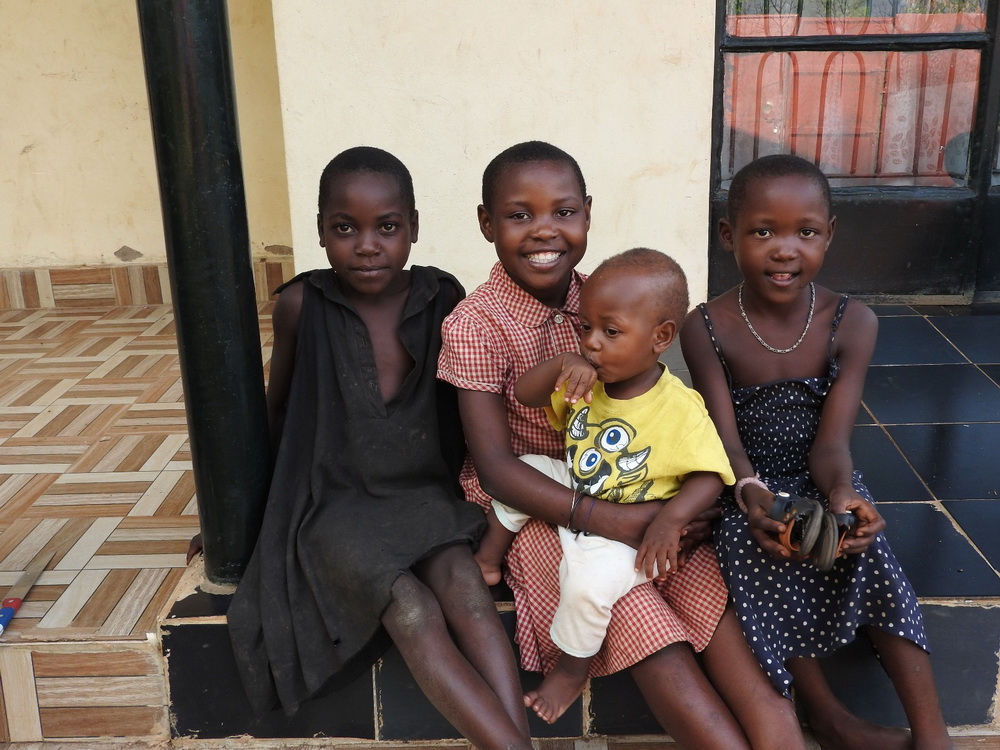 Health screening, rapid tests for HIV and malaria, education of preventive methods and safe sexuality for men are also new elements of the project. The guiding principles are following Ugandan healthcare protocols and treating local people and habits with the greatest respect. Therefore, AHU and its volunteers are working in close cooperation and under the supervision of a local doctor who has an in-depth knowledge of the circumstances in Manafwa.

They continue renovating the village school and have also launched an education support programme for teenage girls and small children.

Their ultimate goal is to create a complex development programme that can be extended to other African countries and will serve as a model for other African communities.

They are very grateful to our supporters for this project. Thanks for donations, support and help from Emilla, Nikon Hungary, Turkish Airlines and Femina.hu!