Diningguide.hu didn’t only collect the Top 100 Hungarian restaurants, but they also gave a street food panorama of more than one hundred places in different categories. The following street food diners, listed in alphabetic order, are considered to be the best by them.

It was the biggest thing in the summer of 2012 when Bors opened after all the hype it received. It still keeps its leading role: you can’t go there without it being full of guests, which is good. It is the project of two notable chefs, Tamás Lipher and György Rethling. They weren’t afraid to put Túró Rudi soup on the menu and their French Lady baguette is nearly iconic. Check out the place if you can.

What happens when Lajos Bíró opens a place called Disznó(k) (Pigs) at the Downtown Market? Breaded meat is what happens, but not any kind of breaded meat complies. A very big piece of meat is served with potato salad and other curiosities. Every day is a feast-day in Buja Disznó(k), which opened in the autumn of 2015. Good news is that now you can enjoy your time until 10 pm on Fridays.

The place, where not only the name is phenomenal: whole Budapest is in love with their soups. It’s a prize-winning restaurant from several aspects, which you cannot leave without a pho. They are very strong in summer rolls, tripe salad, kimchi and rice pancakes filled with turmeric, coconut milk and pork; however, Funky Pho is the place where it is advisable to try out the whole menu. These seem to be big words but Funky Pho is a real downtown street food pilgrimage site. 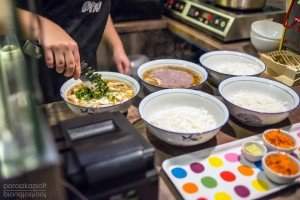 Hokedli knows how to make homemade delicacies at a reasonable price – all in the name of healthy eating. It’s a small place, but when you look at its repertoire you find that it’s a unique and spirited place in Nagymező Street, where Bori Sinkó’s team awaits guests with a different menu every day, with the soup and the thick soup (főzelék) of the day. From gluten and lactose free thick soups, through the ones made with coconut milk, to homemade cookies, Hokedli is one of the best street food places in the capital city.

This is a Greek food bar in Eötvös Street, close to Oktogon, where you can try gyros pita made from traditional recipe, with finely spiced meat, tzatziki, tomatoes, onion and French fries. Besides the classic gyros, you can also try souvlaki and special plates, like the one with bifteki, filled with feta cheese and tomato meatballs. 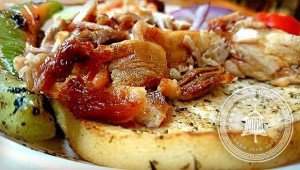 The name of the place says a lot; it’s simple, but has an effective concept that helped them earn the title of ‘one of the best sandwich places in Budapest’. It made it into the Top 10 with the help of its stirring sandwiches, juicy from the meat sauce. Everybody can find something favorable, let it be pork, beef, duck, chicken or fish.

Moszkva Tér, which is the smaller brother of Arany Kaviár, is one of the greatest flings on the street food market in 2016, where they offer kvas, vodka, pelmeni, solyanka and traditional chicken Kiev. Their breakfast is also fantastic: blini with caviar and champagne. This place is everything that’s classically Russian and fits into the concept of street food.

Thankfully, the time is over when you could only find pizzas made of thick dough in the city centre. The authentic Italian and very original Pizzica is undoubtedly the best in its genre. They serve fresh, square-shaped pizza, just like in Rome. The dough is thin, but not like a scale, the toppings are rich and the service is captivating. The place’s cultural commitment is also worth mentioning as you’ll always find an extraordinary exhibition on the first floor.

You’ll find authentic Balkan flavours, grilled food, cooked on charcoal, and original Bosnian flat bread made in the way locals do. They also have beers of perfect temperature and other curiosities: the PolaPola is the great discovery of the Klauzál Square and the market of Fény Street. The place won Staropramen’s Street Food of the Year award in 2016. 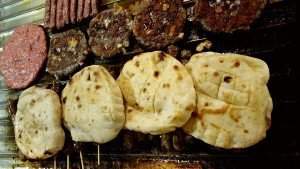 It is the burger place of Akácfa Street. The bar, which can be found between Mazel Tov and a footwear store, has a wide selection of burger variations which they serve with good coleslaw, homemade onion chutney and crunchy French fries. It is highly recommended to try out this place. Let alone, they just changed the menu so make sure to stop by.

Until this time, the New National Gallery and its natural surroundings could be seen…
The daily number of newly confirmed cases of the novel coronavirus disease (COVID-19)…
Foreign Minister Péter Szijjártó, opening...

Hungary has prepared its Artificial Intelligence Strategy which addresses technical…
We and our partners use technologies, such as cookies, and collect browsing data to give you the best online experience and to personalise the content and advertising shown to you. I accept
Privacy & Cookies Policy