The Biggest Hourglass Of The World in Budapest 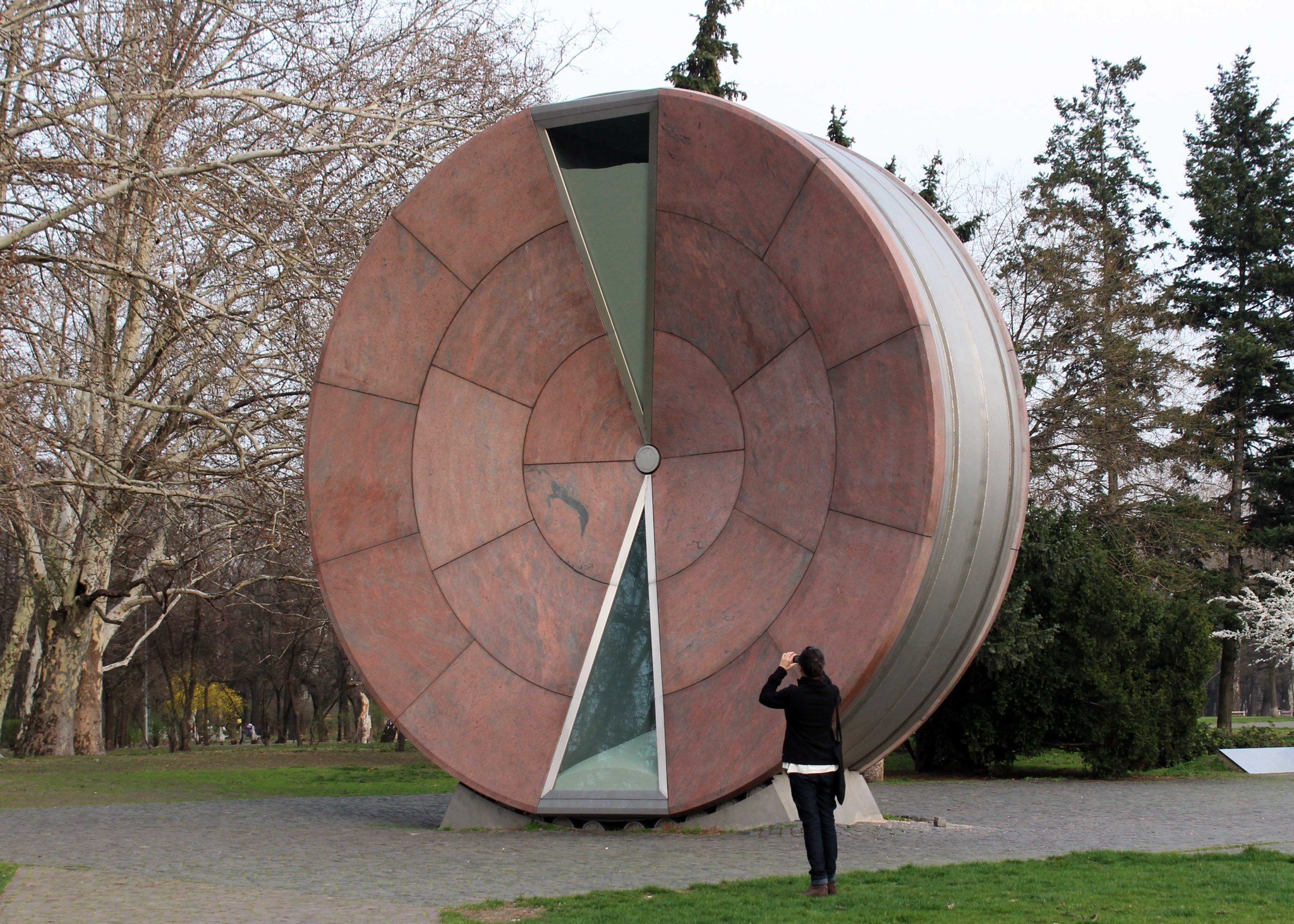 The biggest hourglass of the world, the Time Wheel is located in the 56’s square by Dózsa György street, in the City Park (Városliget) of Budapest.

The monument was constructed by the notion of Herner János philosopher, and by the draft plans of Janáky István architect, who made their plans in the 1990’s. Although many different dates were considered for the implementing, the sculpture was finally inaugurated on April 30th 2004, in memory of Hungary’s European Union accession. 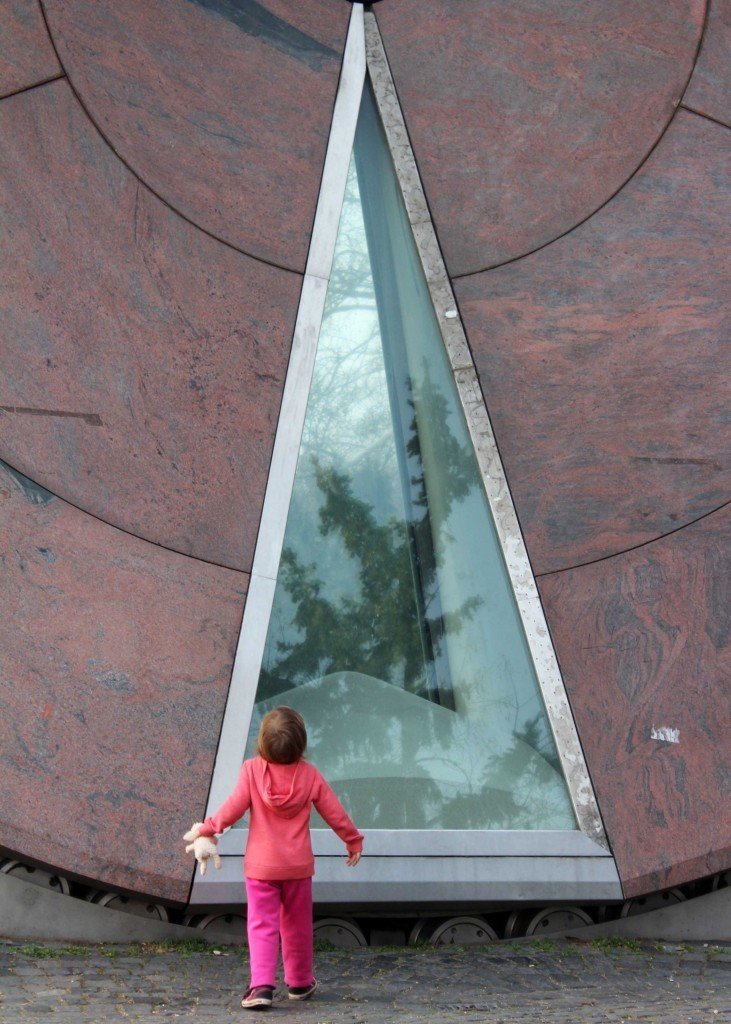 The giant hourglass is 8 meters in diameter, and 2.5 meters wide, made of red granite, stainless steel and bulletproof glass. It contains 7 tons of sand, and weights 60 tons.

Fine-grained sand falls slowly from the upper side to the lower, it can be seen only from close up by daylight. The 4.5 cubic meter, extremely abrasion resistant, clear, moisture-free glass granulate flows from one tank to another in exactly one year’s time. With its huge size, the creation is the biggest hourglass on the Earth now. 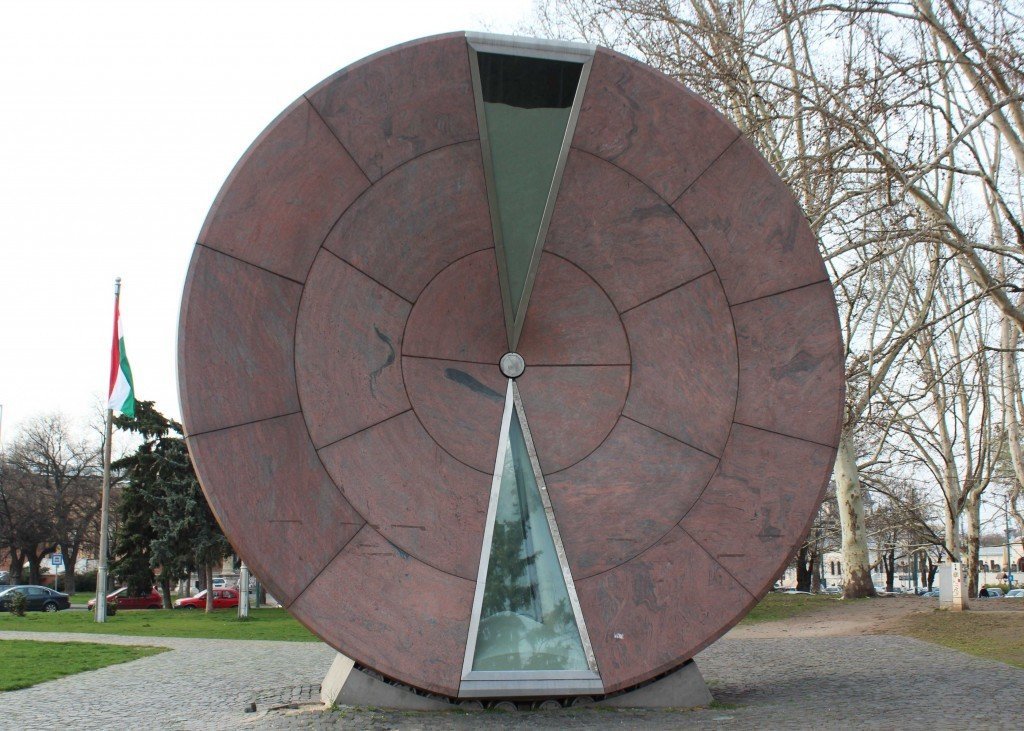 The steel structure fabricated in Debrecen was covered with deep red Indian granite plates. For the completion of the hourglass the Cabinet Office offered 240 million Forints, the remaining 80 million was donated by private investors. The Time Wheel was originally intended to be placed on Hajógyári island, but many people thought that a more spectacular place was destined to it. Thus it ended up on the 56’s square (Ötvenhatosok tere). Originally it would not only revolve around its axis, but on steel rails as well, it would have rolled 12.5 meters in parallel with Dózsa György street. According to calculations, it would have taken 64 years for it to reach its endpoint in Ajtósi Dürer alley.

According to the original plans, the Time Wheel would have been rotated in every New Year’s Eve. The rotation was delayed by 3 days in 2005, which resulted in a huge public outcry. Since then it was rotated in every year until 2011, when MNV, Magyar Nemzeeti Vagyonkezelő (Hungarian National Asset Management) became the new owner of the memorial. The leeway of the rotation is caused by financial problems, MNV says. 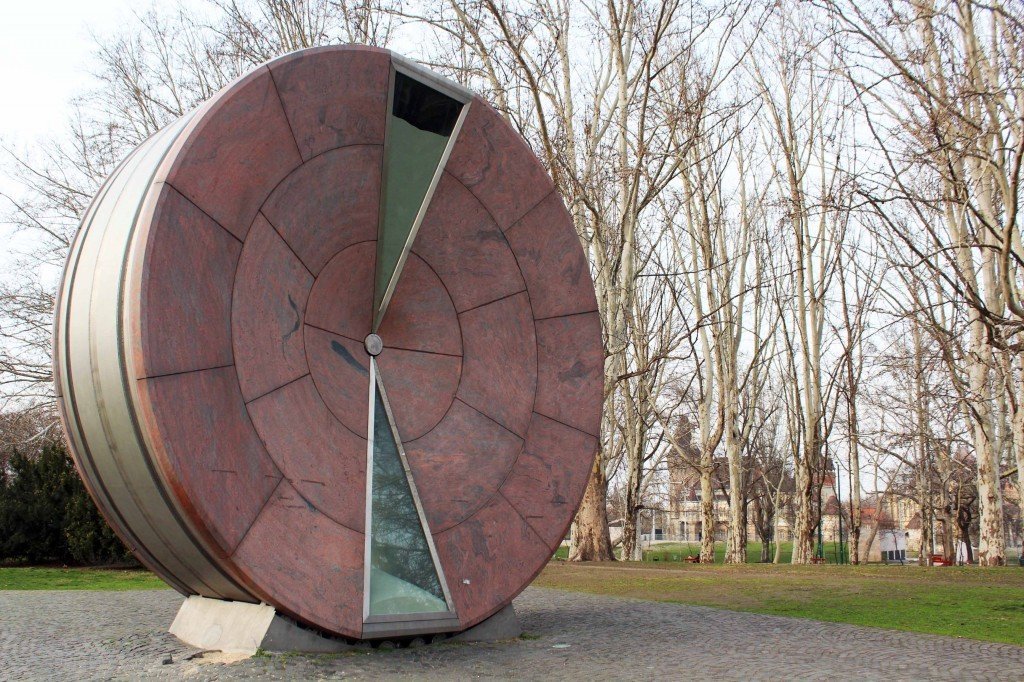 A curiosity of the Time Wheel is that it’s located in the exact same place where formerly Pátzay Pál’s 4 meters tall Lenin sculpture stood. The sculpture is now being on display in the Sculpture Park of Nagytétény since 1993.