The billionaire Benetton bought a lavish castle at us

According to borsonline.hu, Carlo Benetton, one of the owners of the global brand, appears in Gorgeteg, Somogy county, where he bought a castle.

Behind the trees, the tower of the Rinyatamas hunting lodge appears between Labod and Gorgeteg (two villages in Somogy County).

The castle was built by the Szechenyi family in the 1800’s. Few years ago, the whole area has been closed when Carlo Benetton, one of the founders of Benetton, had bought it with the lands around it as well.

Locals’s opinions are divided about whether it is good to have a billionaire celebrity in the neighborhood. In Gorgeteg, many people just call him “Italian” or “Mr. Benetto” briefly. – I’ve met him, he is humble, modest and simply-dressed – said Bela Bogdan in front of the bar. There are more Italian investors in the area. They have farms in an extension of thousands of acres; it means work for the locals, at least. Many believe that Szechenyi Castle should be remained the property of the local government. It is not known how Benetton got the historic castle. They say he had appeared one day to another and the gate had been closed, borsonline.hu says.

Mrs. Ilonka Csenko had worked in the castle’s kitchen for more than 15 years before Benetton bought it.  – The hunting lodge flourished a lot of foreign visitors came here, Hungarian politicians too. Weddings, dinners were held there – the old cook remembers.

Memory of the Szechenyis was also preserved: on the façade, there was the family’s coat of arms; the fancy equipment and the chapel were also remained. Eight rooms were in it. Borsonline.hu knows so that substantially rebuilt. – Once, a descendant of Istvan Szechenyi (who is called the greatest Hungarian) came there. He looked at the old family mansion, never seen before. He was completely moved. He said he did not have the chance to be his – the retired woman added. 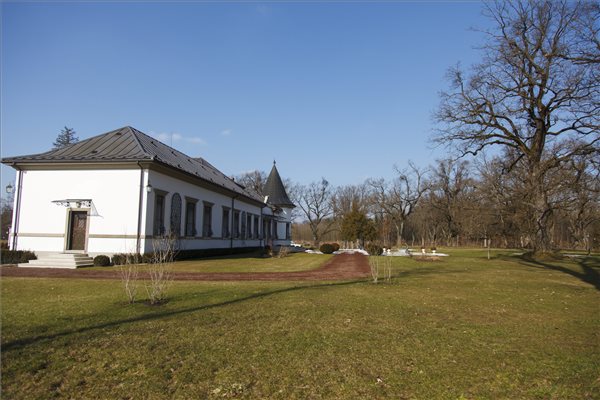 Nobody can go into

Ordinary mortals cannot set foot in there –villagers said. Even the locals cannot go over the border of estate. Borsonline.hu also tried it, but after multiple quests secretaries of Benetton’s Italian administrator said that no one can enter.  It was learned that the castle was bought as a wedding present. A family from Kecskemet lives in the castle. They maintain the building and serve the Benetton family when they come there to rest. However, they do not go to the village.

According to borsonline.hu, Benetton clothing brand was founded by Carlo Benetton with his three siblings in 1965. In three years, Benetton exploded on the market with its first Parisian shop. The company also opened to Eastern Europe after the fall of the Berlin Wall. Today it is present in 120 countries with 5000 stores. They sponsored Formula 1 for years as well. The 71 year-old Benetton is the father of 4, he has billions of dollars and possessions from many parts of the world.

based on the article of borsonline.hu
translated by BA