The faces we pay with: discover the world of Hungarian banknotes – PART II

In the first part of this series, you could get to learn about who is who on the first three Hungarian banknotes. This week, we are continuing our guide through history with the rest of these familiar pieces of paper – although we certainly see them less often on average as they are much larger denominations of forints. In spite of this, though, they are perhaps even more important figures than those on the 500, 100, and 2000 Ft notes.

The face of Count István Széchenyi adorns the obverse, a politician from the first half of the 19th century who is usually referred to as the “greatest Hungarian”, a praise that came from his biggest political rival, Lajos Kossuth. He is known as a great reformer. He financially supported the foundation of the Hungarian Academy of Sciences in 1825. He organised the first Casino, meant to foster political dialogue about the reform movement. He even regulated for the first time the flow of the Danube, and promoted streamboats both on the rivers and Lake Balaton. Moreover, the Chain Bridge would not have been built either without his backing!

On the reverse, we can see the Mansion of Nagycsenk, a residence of Széchenyi, a beautiful piece of Classicist architecture that serves as a museum today. But the building is connected to a much more important museum: it hosted the first artefacts of the collection of the National Museum which was opened by István Széchenyi’s father, Ferenc Széchenyi.

Saint Stephen, the face on the second-largest piece of currency, probably need not be introduced even to foreigners. As the first king of Hungary, he founded the state in 1001. Arguably, his most important socio-cultural legacy is converting the country from paganism to Christianity. Today, his memory is kept by the Saint Stephen’s Basilica, where his mummified right hand (The Holy Dexter) is kept.  And August 20th is a national holiday in his honour.

On the reverse, we see the Esztergom skyline with the Danube – St. Stephen was born and crowned either here, or in Székesfehérvár. There is no consensus among historians, but Esztergom with its majestic basilica, certainly looks flashier on a banknote. It is a popular tourist destination in the Danube bend today, too. 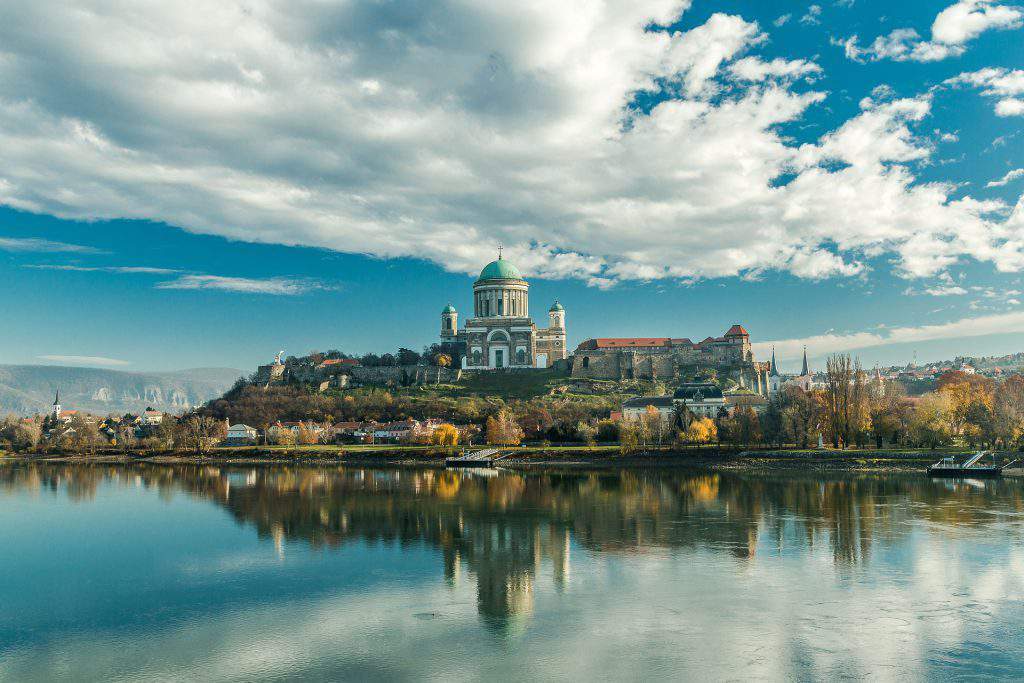 The most colourful (and for the average citizen, the least often seen) banknote has another major 19th-century politician, Ferenc Deák on it. He can not only boast with the biggest moustache, but with the title “the wisest man of the nation”, too. He was Minister of Justice in the first government of Hungary during the revolution against the Habsburgs in 1848, but he also played an important role in negotiating the dualist monarchy that was later established in 1867.

On the reverse, we can see the edifice that served as the temporary House of Representatives during the 1848 uprising, a symbol at the time of Hungarian legislative autonomy. Today, this building, which is in the 5th district near the National Museum, is less emphatically Hungarian: it hosts the Italian Institute of Culture. It is striking how airy the area was just 150 years ago, with only a few buildings; it is still the period before Pest really became a metropolis in the second half of the 19th century.

In 2008, a rather strange and sad story made the news when a poor and gullible old man was cheated by a cunning 17-year-old in the countryside. As tv2.hu reported, he sold three sheep for 104,000 Fts, and was given two counterfeit 54,000 Ft notes, but only realized that he had been let on when he tried breaking it up at a post office.