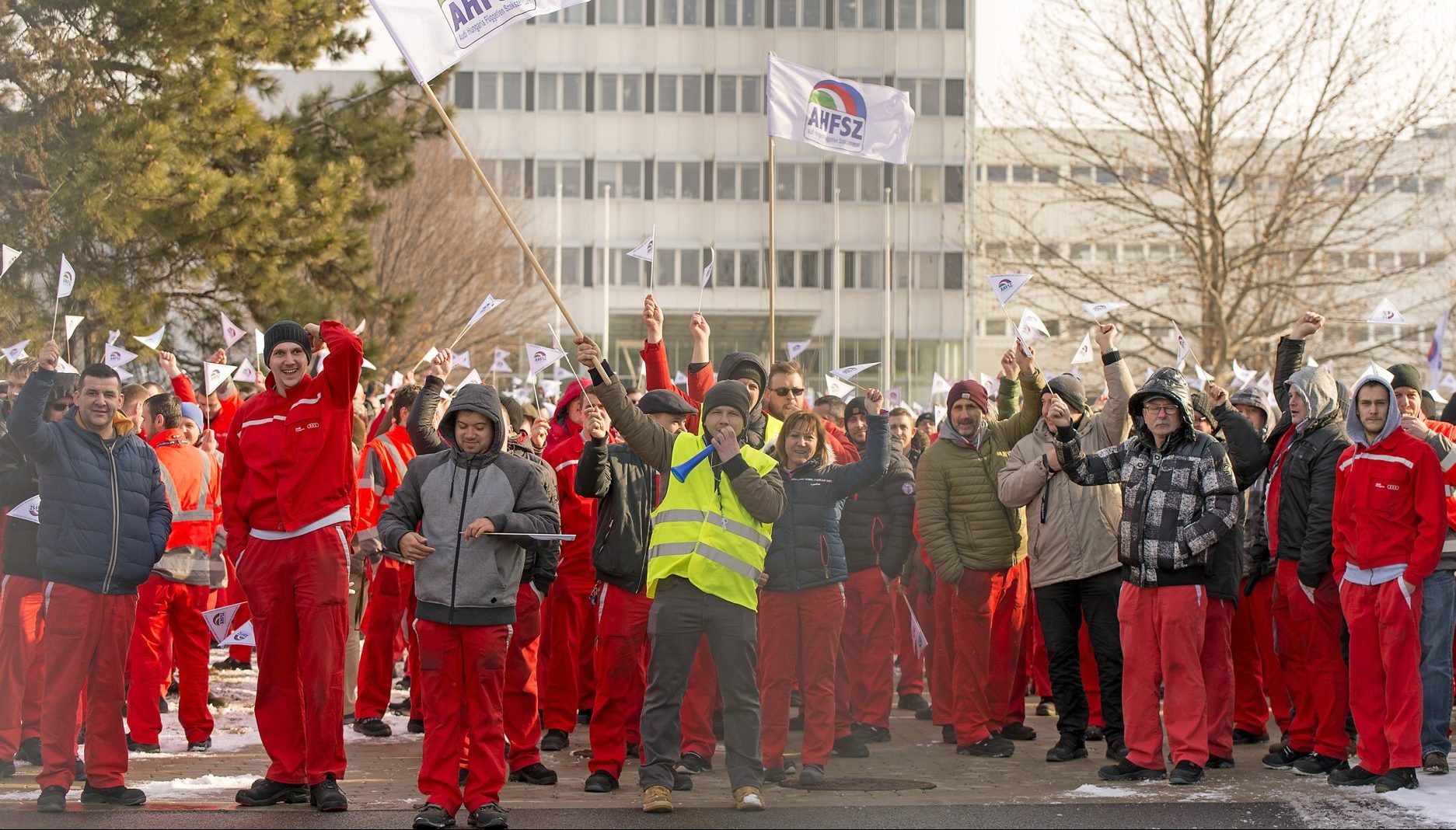 Several thousand public employees have told their union of their intention to join a national strike on March 14, Erzsébet Boros, the head of the MKKSZ union, said on Tuesday.

The strike was called in January in protest against the recently amended labour code which sets stricter overtime rules. The Trade Union of Hungarian Civil Servants and Public Employees is also demanding higher and better working conditions.

Boros told a press conference that her union planned the strike in support of the demands of local government and public administration employees alone. However, if talks between social workers and government fail, it will join a strike of the union of social workers (SZAD).

Public administration employees can only go on strike lawfully if a union operates and with the support of at least half of the employees, she noted.

Boros said she has sent letters to Gergely Gulyás, head of the Prime Minister’s Office, Interior Minister Sándor Pintér and a joint letter with the head of SZAD to Attila Fulop, the state secretary for social affairs, informing them that the conditions to hold a strike have been met. They have also requested talks on their demands, but so far only the Human Resources Ministry has responded, scheduling a meeting with union representatives for March 6.

Among their demands, MKKSZ is calling for the basic minimum wage to be the starting point for all public service wage systems, while workers with vocational training backgrounds should be paid the minimum wage for skilled workers.

A new minimum wage for jobs that require higher education qualifications should also be introduced, the union says. They are also calling for the reinstatement of a basic holiday leave entitlement, a uniform allowance system, flexible working hours, as well as the reinstatement of July 1 as a public holiday.

As we wrote before, management of Audi Hungaria reached an agreement on this year’s wages with the Audi Hungarian Independent Union (AHFSZ), read more HERE.