Budapest development Hungarian economy Hungarian government Hungary money tourism travel
Efforts will continue this year to help tourism regain its key industry status in Hungary, the deputy managing director of the Hungarian Tourism Agency said on Friday.
László Könnyid said on Facebook that special attention would be placed this year on developing tourism services for expats and further improving the catering industry, religious tourism and health tourism.
Considering that “the country was almost closed for half of 2021”, it was a huge success that tourism reached record high for the year, he added.

respectively, compared with the year before, he said. Revenues of commercial accommodations exceeded 360 billion forints (EUR 1bn) after a 22.5 percent increase last year and revenues of catering businesses grew by 36 percent to 970 billion forints, he added.
Spending with SZÉP cards, a low-tax benefit that employers can give their employees, increased by over 55 percent last year compared to 2020, he said.
Thanks to amendments to the tourism law last year, accommodation services are ranked in a standardised system now resulting in a more transparent and consumer friendly market, he said.
Significant resources are being channeled to

while special attention will be placed on improving job quality in the sector, with better educational opportunities and career development, he added. 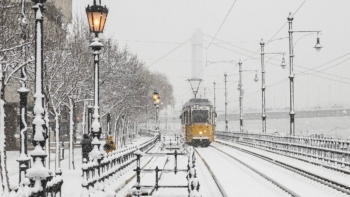 Read alsoTravel+Leisure: Budapest among the best places to visit in 2022