Last week, we collected the top 10 tourist attractions of Budapest with the help of TripAdvisor. Today, I will guide you through ten of the best places outside the capital because Hungary is not just about Budapest. It might take a long time to visit all of them in one run, so be sure to plan your cross-country trip carefully.

Festetics Palace is one of the most beautiful buildings in Western Hungary, Keszthely, near Lake Balaton. It was built in the 18th century, although it was not completely finished until the late 19th century when the palace was expanded and reconstructed. It holds many cultural events every year and has its own theatre and congress centre. It was the property of the noble Festecsics family.

Learn about their exhibitions and programs here.

It is the most famous square in the city of sunshine in Southeast Hungary. Here you can find the Votive Church, or as the locals call it, the Dome, and the Dömötör Tower. It has great acoustics, that is why it was chosen to be the home of the Szeged Open-Air Festival. The first performance was played in 1931, and besides the 20-year gap between 1939 and 1959, the festival is organised every year ever since.

Dóm square is also the home of some buildings of the University of Szeged.

Zsolnay Quarter is the cultural centre of Pécs, former European Capital of Culture (2010). It was named after the Zsolnay family whose porcelain manufacture is located in the quarter as well. You could easily guess the famous Zsolnay porcelains are made here, but the Faculty of Arts has also found shelter in its buildings.

All kinds of artefacts are exhibited here, for example, the unique Zsolnay heritage, but besides permanent exhibitions, you can also watch plays and listen to classical music in the Kodály Centre. It is also home of the annual university event, PEN, which is a festival mainly for university students.

The basilica is definitely the ornament of Esztergom and Northern Hungary, and the largest sacral building of Hungary with a great view from the top. Tourists can visit the church, the crypt, the dome but the treasury is currently under renovation and will reopen only around Easter 2019.

It is open for visitors from 8:00 to 16:00. If you want to enter the church for liturgical or personal purposes, it is free of charge. For those who arrive for a guided tour, the price depends on the number of people in the group. For a group of under ten people, it is HUF 3000 (EUR 9)/guide/group while it is HUF 5000 (EUR 15)/guide/group for groups between 10 and 50 people.

The castle of Gyula was among the strongest holds in the 16th century in Hungary, during the Ottoman-Turkish attacks. This is the only castle on the Great Hungarian Plain which remained in good conditions. It was conquered by the Ottomans in 1566;

It was not really conquered, but captain László Kerecsényi decided to give up the fortress as they were running out of goods and they could not fight the rise of the dysentery plague anymore.

For more interesting facts and important information, visit the website of the castle.

Lillafüred is an outside territory of Miskolc, well above the city level among the hills of Bükk. Count András Bethlen decided to build a government resort near Lake Hámor. The settlement was named after his niece, Erzsébet Vay, whose nickname was Lilla.

There are many wonderful sights in the area: the Palatial Hotel of Lillafüred, the waterfall which is the highest in Hungary, the educational trail, the Anna Sinter Cave, the St. Stephen Cave and the Szeleta caves. 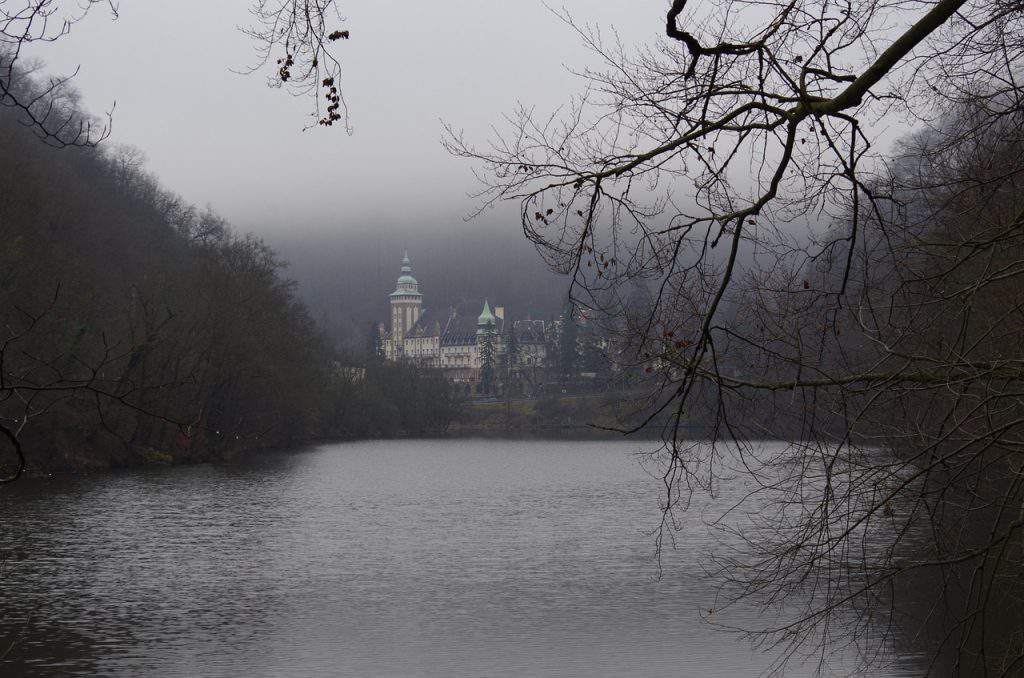 This fortress is in relatively good conditions and one of the most beautiful castles in the area of Lake Balaton. It was built on the top of the hill in Sümeg. Today, it operates as a real tourist attraction: there are exhibitions and an adventure park presenting the life of fortresses in the Medieval Age.

One can experience the real circumstances of the sieges or feasts here. Unfortunately, they do not have any English material on their website. Here is a video about what to expect there:

The Symbol of Sopron is located on the main square of the city. It was built on the ruins of Roman walls. The bottom part of the tower was the watchtower of the gates of the city from the 13th century. It had to be rebuilt after the great fire of 1676, thus reaching its final form with its baroque-style round balcony. Visitors can have a spectacular view of Sopron from there. 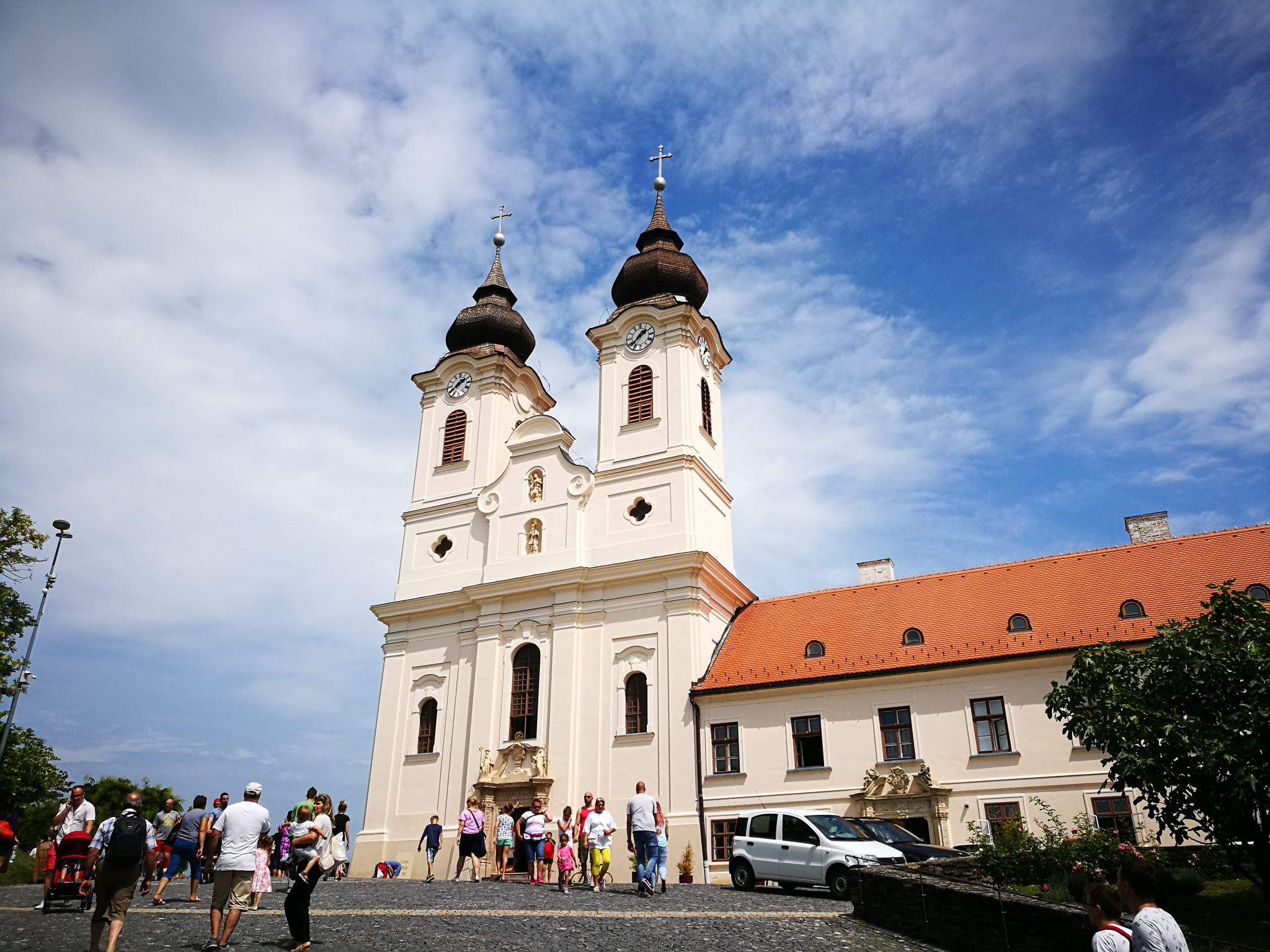 The Benedict Abbey stands on the hills of the Tihany Peninsula. Andrew the First founded the abbey in 1055 in honour of Mary, mother of Jesus, and St. Aignan of Orleans. The certificate of its foundation is the oldest written Hungarian record in the world.

The abbey offers a wide range of programs like concerts, lectures and exhibitions;

however, they are selling abbey beers, liquors, herb teas, candles and their own publications as well. After visiting the abbey, you can have a rest in the Abbey Rege Confectionery to gain a little energy for walking around the hill.

It is the most compelling and harmonic square of Eger, ornamented by two sculpture compositions.  One is depicting captain István Dobó himself, defender of the town since 1907, while the other is about the soldiers serving in the fortress of the town, installed in 1967.  The square is surrounded by historical buildings: from one side, the Eger Castle is towering above it, while from the other, the Cathedral Basilica of Eger surrounds it.

The castle is an important part of Hungarian history as a memento of the Turkish age. It is most well-known for repelling the Turkish attack during the siege of Eger with the leadership of István Dobó. It hosts a museum named after him nowadays.

Learn more about the castle and the museum here.