U.S. President Donald Trump visited Mount Rushmore in the midwestern state South Dakota on Friday to kick off Independence Day weekend, slamming the removal of controversial monuments amid nationwide racial reckoning as “a merciless campaign” in attempts to wipe out U.S. history.

“Our nation is witnessing a merciless campaign to wipe out our history, defame our heroes, erase our values and indoctrinate our children,” Trump said when addressing the Fourth of July fireworks celebration at Mount Rushmore.

The president slammed a “new far-left fascism” in media and schools and “cancel culture,” describing those protesters targeting monuments which they think are symbols of racial oppression as “angry mobs.” 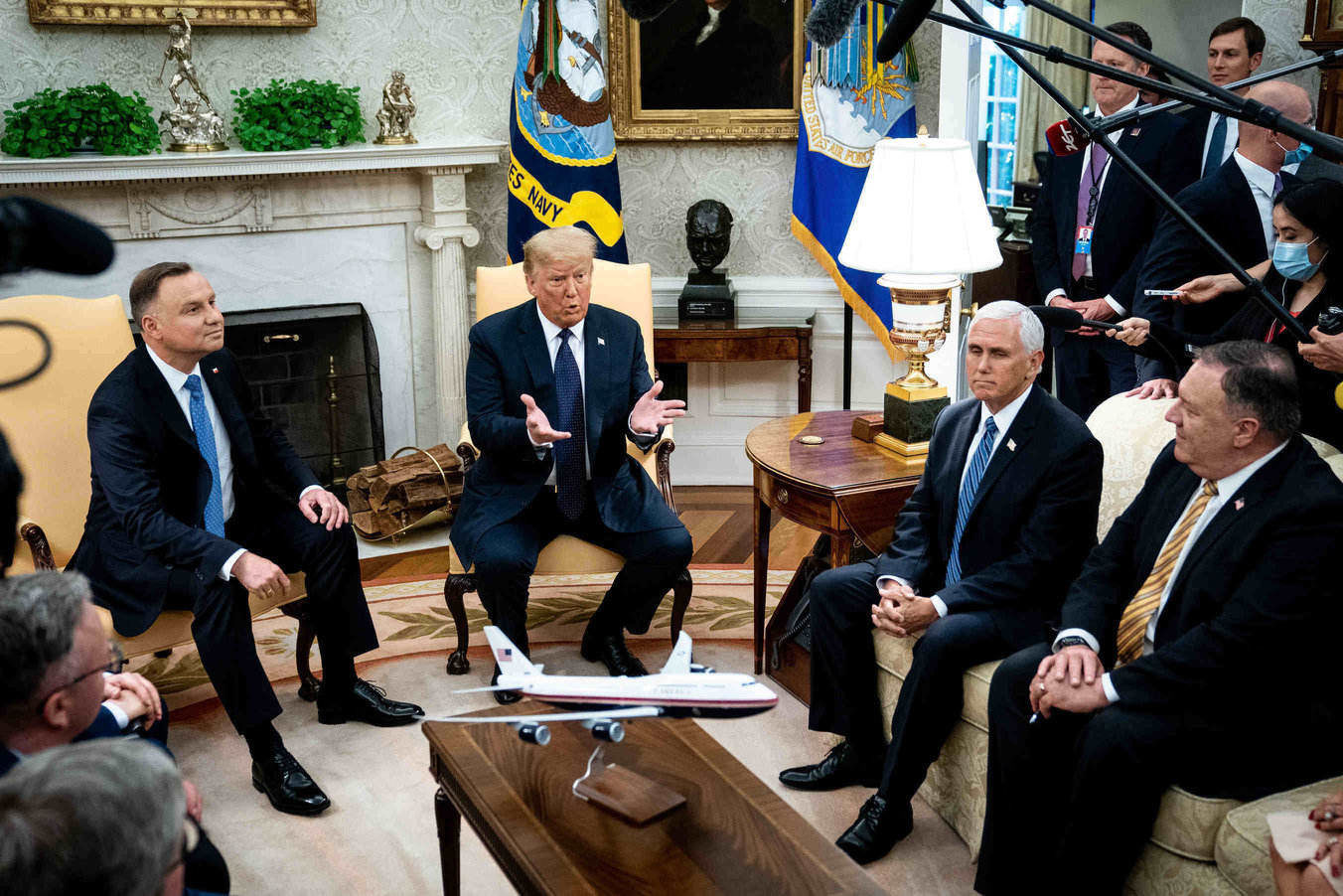 “Those who seek to erase our heritage want Americans to forget our pride and our great dignity, so that we can no longer understand ourselves or America’s destiny,” Trump said.

“This monument will never be desecrated,” Trump said of Mt. Rushmore Memorial.

“Mount Rushmore will stand forever as an eternal tribute to our forefathers and our freedom.”

Tackling the divisive issue with a divisive speech, the president was trying to rev up his conservative base four months before the general elections, some local analysts say.

Trump has been under growing pressure amid the surge of newly reported coronavirus cases and the continuous nationwide reckoning of the country’s racial injustice and police brutality, they observed.

The president’s remarks also came as local Indigenous leaders and others have called for the monument to be removed, noting it was carved on sacred tribal land.

“Nothing stands as a greater reminder to the Great Sioux Nation of a country that cannot keep a promise or treaty than the faces carved into our sacred land on what the United States calls Mount Rushmore,” Cheyenne River Sioux Tribe Chairman Harold Frazier said in a statement condemning Mount Rushmore and the Trump event.

About 15 protesters were arrested on Friday after they blocked an access road to Mount Rushmore hours before Trump’s arrival, local media reported.

Mount Rushmore was previously called “The Six Grandfathers” by the Lakota Sioux before it was carved with the presidents’ faces. It sits on land considered sacred by local tribes and was initially protected for their use until gold was discovered in the area and Indigenous peoples were forced off the land, according to a report from The Hill. 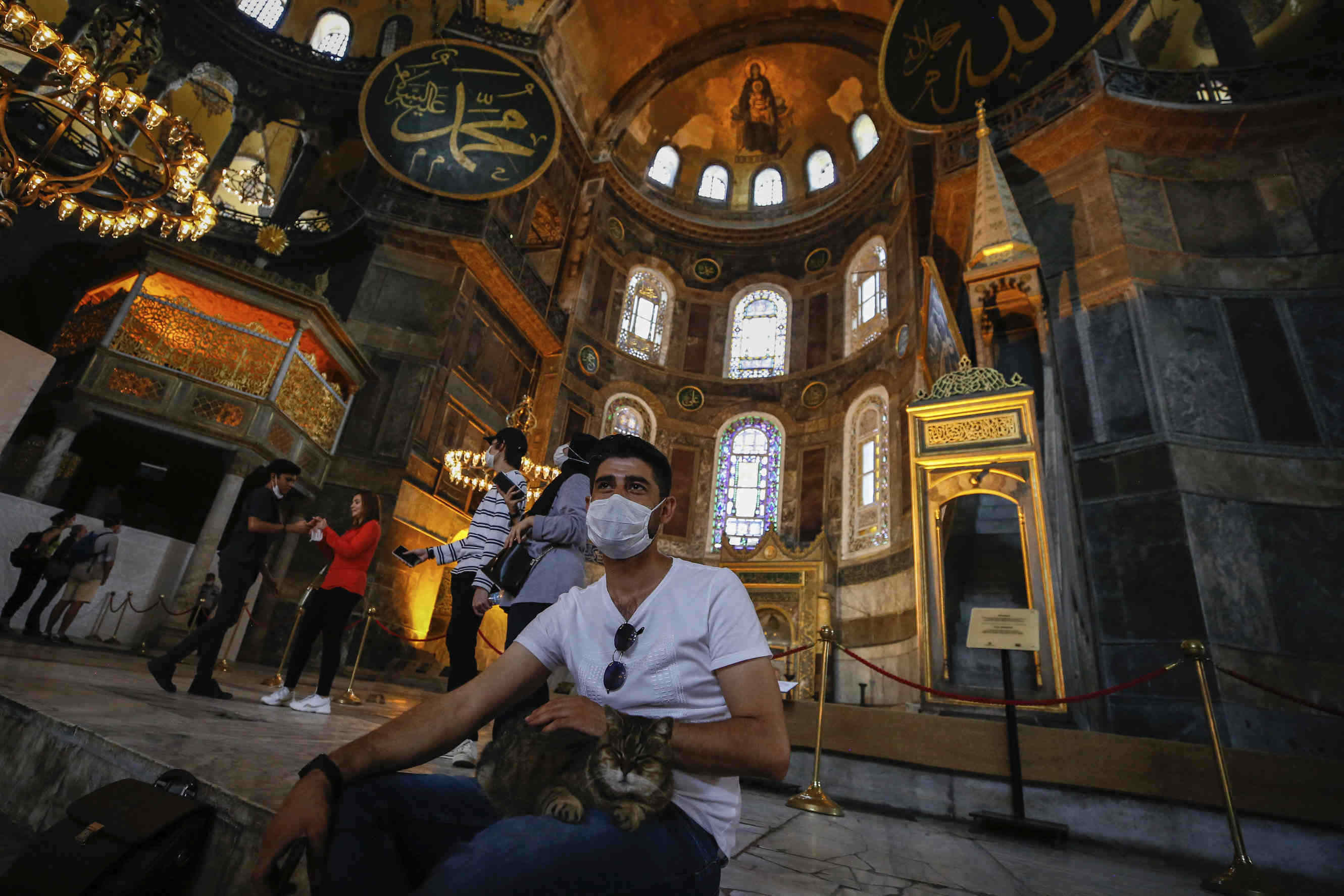 Read alsoTourism returns as second half of 2020 begins

The Mount Rushmore fireworks displays had been stopped beginning in 2009 as a result of the risk of wildfires, but Trump has moved to revive the display this year, said a report from The Hill. No social distancing was planned for the event drawing thousands of people, most of them without masks.

Trump is expected to be back in Washington and deliver remarks from the White House on Saturday at the 2020 “Salute to America,” an event that will include multiple flyovers by military aircraft and a 35-minute fireworks display over the city.

Infections are up in at least 36 U.S. states as the country heads into the Independence Day weekend, according to a CNN tally on Friday. Much of the country has cancelled or scaled back traditional celebrations and events for the weekend as health experts warn that large gatherings could lead to spikes in COVID-19 cases at a time when the country is already experiencing significant surges.