A country is characterised not only by its coat of arms, anthem and language but also by its money. The illustrations on coins and banknotes can tell a lot about a particular country. In our article, we present the Forint banknotes in Hungary and the pictures on them. 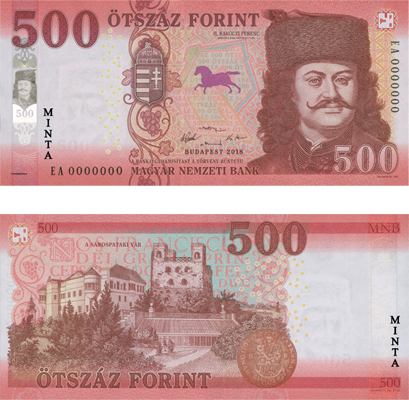 On one side of the least-value Hungarian banknote is Ádám Mányoki Baroque portrait painter’s II. Ferenc Rákóczi picture, while on the other side you can see the Sárospatak castle owned by Rákóczi and named after him at the beginning of the 18th century. His war of freedom against Habsburg oppression failed militarily, but the Habsburg revoked provisions harmful to Hungary. The Sárospatak Castle is part of the Hungarian National heritage, one of the most valuable Renaissance architectural works in the country. 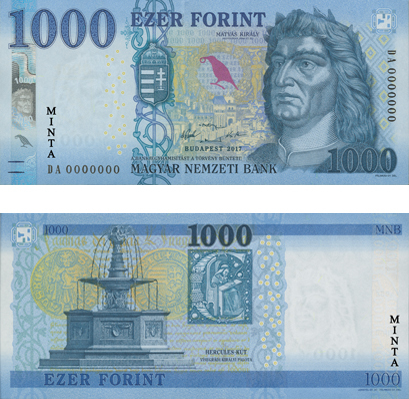 The 1000 Forint banknote depicts King Matthias Hunyadi and the fountain of Hercules in the Visegrád Castle. King Matthias was the king of Hungary and Croatia in the 15th century for almost 50 years. Nicknamed Matthias, the Native played a considerable role in establishing Renaissance and Humanism in Hungary. The legendary fountain of King Matthias was destroyed during the Turkish occupation, and its remains were found in 1941. Hercules,  the invincible, referred to the extramarital child of Matthias, János Corvin, for whom Matthias hoped for a serious future. 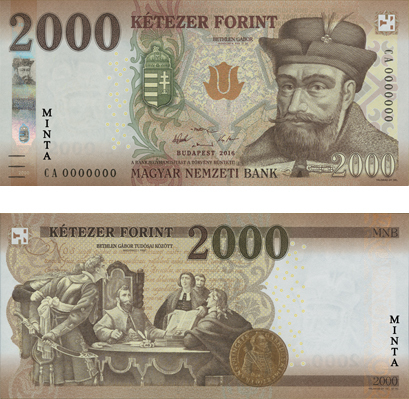 This banknote shows Gábor Bethlen, Prince of Transylvania, a significant figure in 17th-century Hungarian history. His reign is considered to be the golden age of Transylvania, as both economic and cultural recovery was observed. The other side of the paper money is decorated with a work by the Hungarian Historical painter Viktor Madarász. The title of his work on the banknote is “Among the Scientists of Gábor Bethlen”. 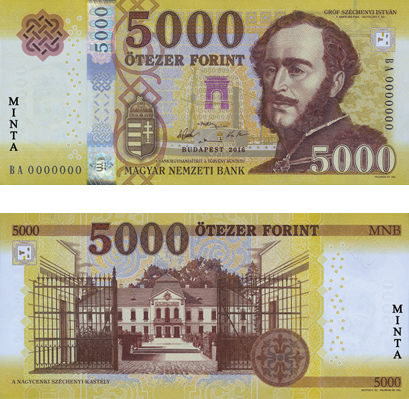 On one side of the 5,000 Forint, you can see the Széchenyi Castle in Nagycenk, while on the other side is a portrait of István Széchenyi. Austrian artist Friedrich Amerling made the picture for the Hungarian Academy of Sciences. István Széchenyi was a Hungarian politician, writer and economist who lived in the 19th century. Many consider him the “greatest Hungarian”. Among other things, the construction of the Chain Bridge and the establishment of the Hungarian Academy of Sciences can be linked to his name. The home of the Széchenyi family in Nagycenk, the classicist-style Széchenyi Castle became a national monument in 2016. 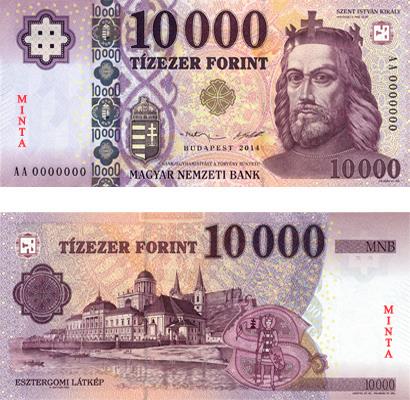 The 10,000 Forint banknote features the first king of Hungary, St. Stephen, and a view of the city of Esztergom. King Stephen is the founder of the Hungarian state, the most outstanding figure in Hungarian history. He became the saint of the Catholic Church due to its church-organising activities, and he also became the chief patron saint of Hungary. 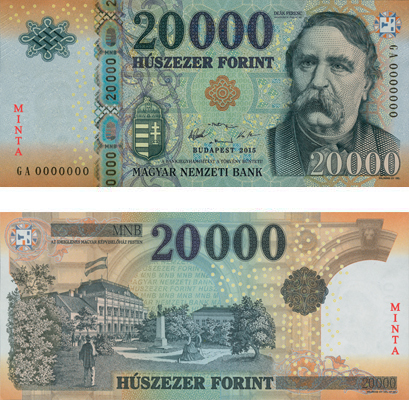 On the largest banknote in circulation, Ferenc Deák can be seen, a Hungarian politician, lawyer, statesman and Minister of Justice. He played a huge role in reaching a compromise after the 1848-49 Revolution and the War of Independence. He created the legal framework for the transformation and development of Hungary. The two sides of the banknote are in line, as the old House of Representatives in Pest can be seen on the back.

Next time you buy something with Hungarian Forint or pay with coins or banknotes, you may remember who is visible for each amount and why.