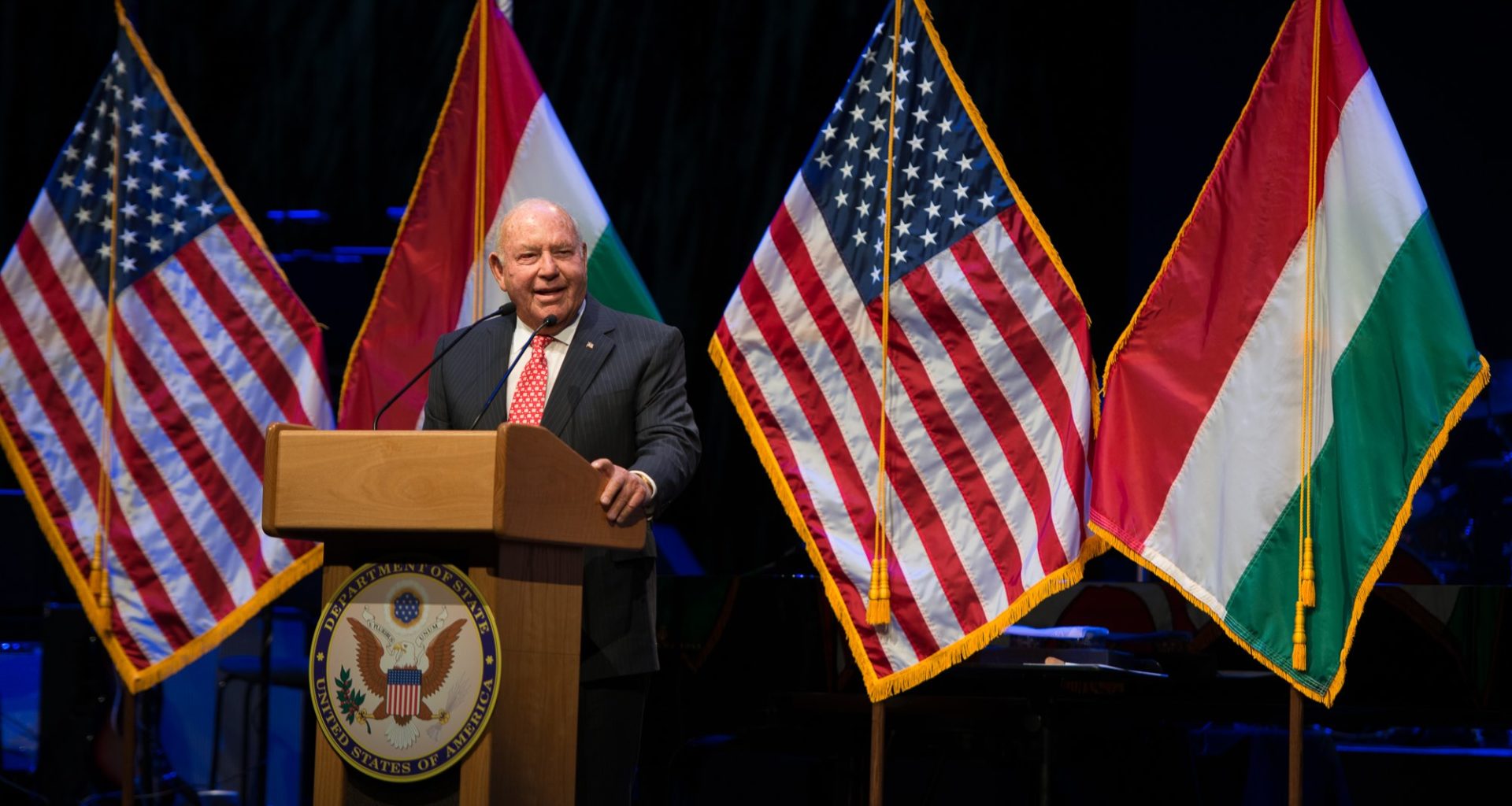 US ambassador: Hungary attracting ‘great deal of attention’ from US, Russia, China

Hungary is attracting “a great deal of attention” from global powers like the United States, China and Russia, David Cornstein, the US ambassador to Hungary, said on a radio talk show on Sunday.

“The Chinese like them, the Russians like them and of course they’re a member of NATO, so the United States likes them a lot as well,” Cornstein said of Hungary.

Asked about the state of the European Union, the ambassador said: “If you think that we have a polarised situation here in America, it’s an understatement compared to what’s going on in Europe.”

Divisive issues like immigration have pitted “East against the West, the North against the South, the liberals against conservative governments”, Cornstein said.

“Certain countries like Germany say ‘let’s just let everybody into the country’,

and then you get a country like Hungary that says, ‘Hey, wait a minute. I want to keep this country Hungarian and I’m not interested in bringing a lot of new people into the country, especially people from Africa’, so to speak.”

Asked about border policies within the bloc, the ambassador said they depended on the country in question.

“You have a leader in Hungary that’s a very very forceful leader . He is not ready to open borders until its safe,” Cornstein said.

“Right now, with the virus, everything was closed.” Hungary was “very successful” in fighting the virus, he said, adding that the country has had “hardly any cases in a relative sense” and “very few deaths as well”.

Prime Minister Viktor Orbán “is not very much interested in open borders” and “would like to have the people that he thinks would be good for the country come into the country” whether they be tourists or someone who would permanently settle in the country.

Hungary’s close relationship with Russia was mainly due to geographic proximity and an “energy dependence”.

But, he added that he believed Hungary did not “have a love really for Russia and what they represent.”

Cornstein described Hungary as “the best kept secret in the world”, saying that in spite of its welcoming people, good food and relatively low cost of living, it is less known abroad.